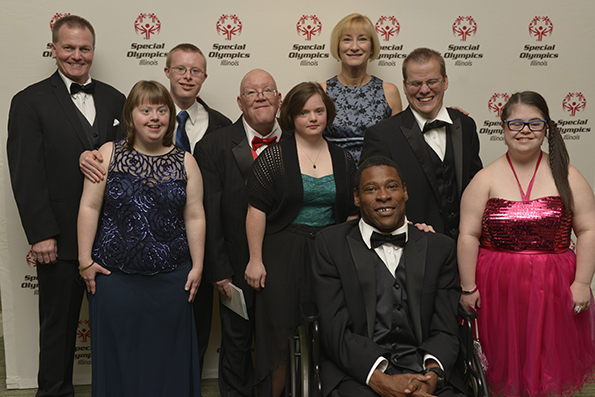 Our Special Olympics athletes led the way for inspiration in 2013 as we saw many feats of courage and inspiration on the playing field and courts.

Once again, there were record numbers of speeches and audiences given the message of Special Olympics by our Global Messengers. The Darling Ducklings athlete team raised more than $20,000 for the Windy City Rubber Ducky Derby; Kristen McInerney, Jim Morgan and Sarah Meents led the way by serving on our Board of Directors; and we set records with our Inspire Greatness Gala where Tony Hill’s story of courage, determination and incredible attitude had its first showing. 2013 also saw our Law Enforcement Torch Run hit a record $3.3 million raised, we launched a new website, set record numbers of athletes served and created an online store.

2014 promises to be even more exciting as we have a new sports programming model to feature new sports and focus on quality. The Special Olympics 2014 USA Games will feature 80 members in Team Illinois’ delegation as they travel to New Jersey to show the United States their abilities in sport. Our continued focus on Project Unify, Healthy Initiatives and Young Athletes will be our way to reach even more individuals and provide value-added services beyond the traditional Special Olympics program.

We have a very committed and engaged Board of Directors, newly activated Foundation Board, incredibly passionate coaches, families, volunteers and donors, but in 2014 we will once again be led and transformed by the Special Olympics athletes that we serve.