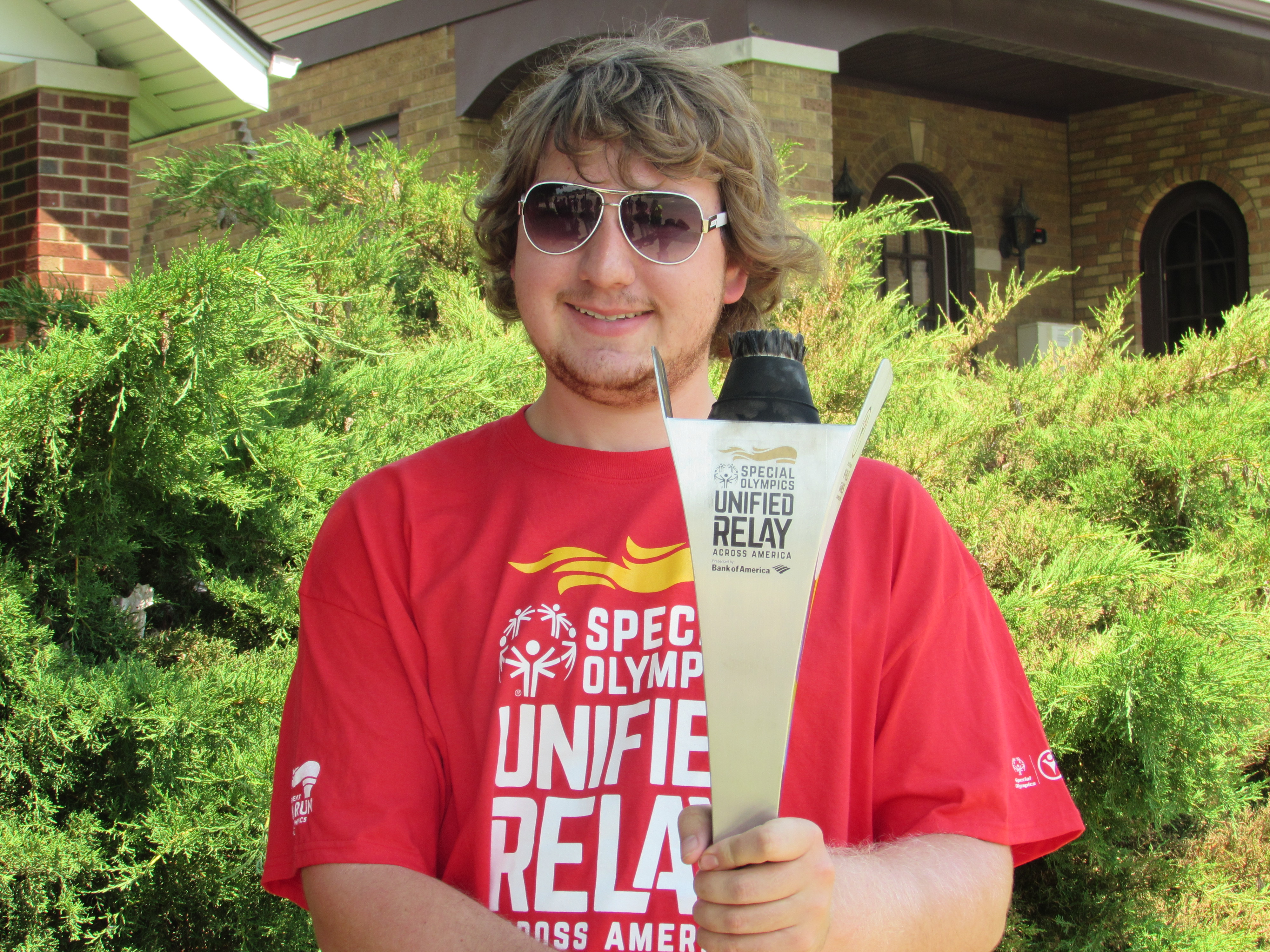 Special Olympics transforms the lives of people with intellectual disabilities, allowing them to realize their full potential in sports and in life. That is especially true of Matthew Maag (Matt), 18, of Alton. Since his start with Special Olympics in the fall of 2011 with Alton School District, Matt has surpassed all expectations that his family, coaches and friends could ever have for him. Matt’s start in his career with Special Olympics came at just the right time. As a high school freshman, he faced some challenges at school from bullying and low self-esteem, said his mother, Lisa Maag. Then Matt was approached by coach Tammy Talbert to get involved with Special Olympics. Starting with track and field, Matt now also competes in bowling, basketball and aquatics.

His swimming career has blossomed into more than he could have ever hoped for. In addition to swimming on the Alton High School team, Matt has joined begun swimming with the Tri City Tidalwaves, a year-round community competitive swim team affiliated with the Tri City YMCA in Granite City.

Family members have been amazed by the transformation they have seen in Matt. Special Olympics has allowed Matt to evolved and “helped Matt transform into an individual with a voice,” said his mother. Matt has qualified to compete at Summer Games every year since starting, winning 31 medals in 4 years. He earned gold medals at the 2015 Summer Games in 50-meter freestyle, 100-meter freestyle and 4×25 freestyle relay.

“He has taken on the role as a leader for the team,” said Talbert, who added “he is a mentor to the younger athletes.”

Special Olympics has brought the entire Maag family closer together. His sister, Madelyne, has become an advocate for Special Olympics and is, along with the rest of the family, very invested in Matt’s successes with the organization. Matt carried the torch during the Unified Relay Across America when it came to Belleville.

Outside of being an accomplished athlete, Matt is a recent high school graduate from Alton High School, with the intent to further his education in graphic design at Lewis and Clark Community College in Godfrey for the next two years. He also volunteers for a number of organizations such as United Methodist Village in Alton, Alton Sierra Club, Tour de Cure, Salvation Army and the Women’s Crisis Food Center.

As if all of his community involvement wasn’t enough, Matt is also a Global Messenger for Special Olympics Illinois, an opportunity that has allowed him to grow as athlete and individual while sharing with others what the organization means to him. “I think Special Olympics brings people together and it keeps you positive,” says Matt.

Matt recently had the honor of participating with fellow Southwestern/Area 12 athletes in the United Relay Across America as it came through Belleville on June 9. Matt walked with 12 other individuals on his team in a leg of the relay to carry the torch to World Games in Los Angeles.  Matt was overjoyed by this opportunity and enjoyed getting to experience being a part of a group, said his mother.

Matt Maag has come a long way from where he first started with Special Olympics. His growth as both an athlete and an individual are what make him the prime example of what Special Olympics hopes for all of its athletes.