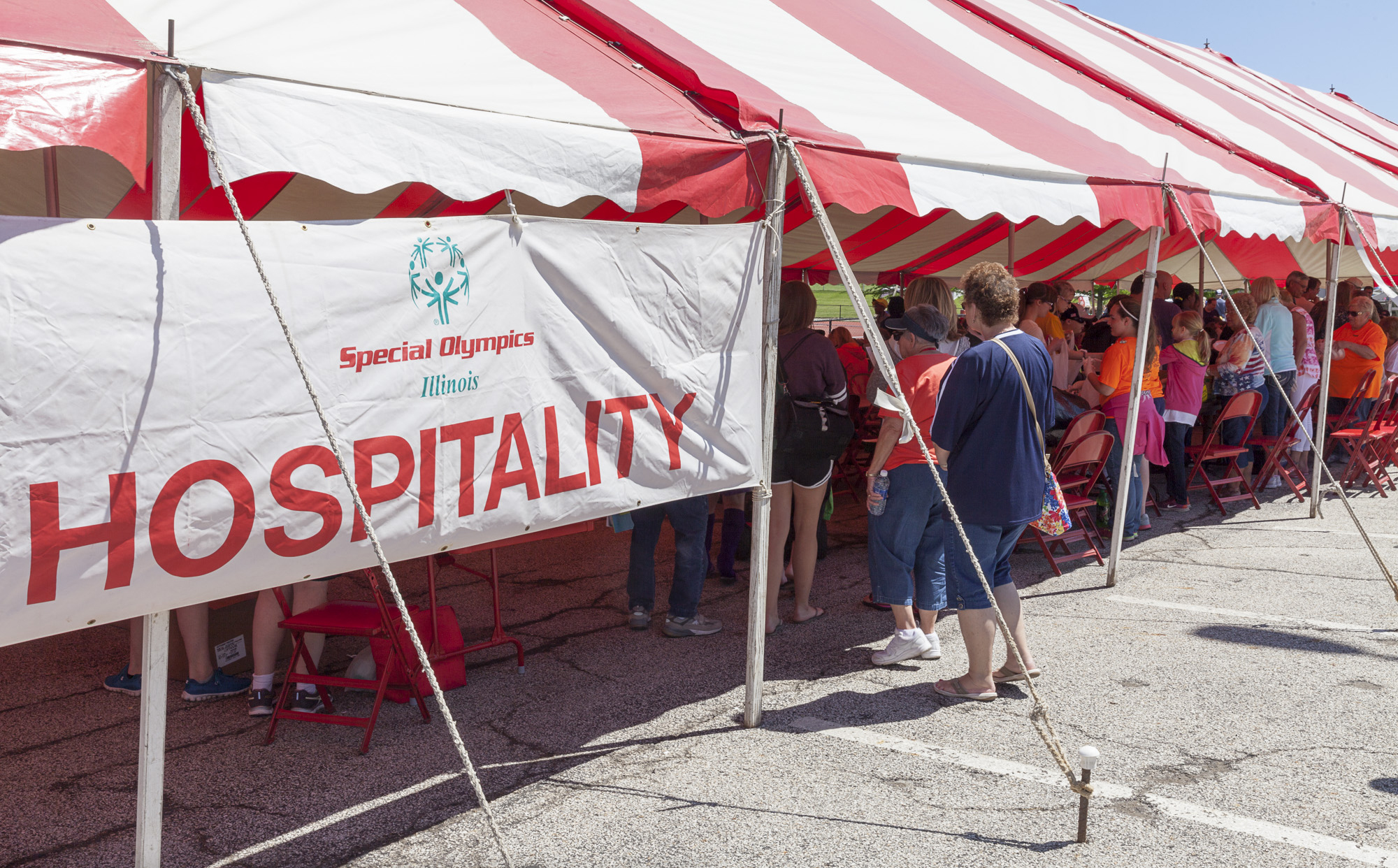 The American Legion/American Legion Auxiliary (AL/ALA) has run the Special Olympics hospitality tent for 32 years.  The group initially became aware of the Games through family members who were competing and they have volunteered every year since.

Serving an estimated 4,000 athletes is no small feat! The AL/ALA also serves the families, coaches and other volunteers for two days – which takes a lot of supplies.

“I have one man who cuts over 100 watermelons and he goes home every year with blisters!”

Members of their group travel from around the state to help – one volunteer even travels from Green Bay, Wis., for the occasion.

The AL/ALA bring enough people to prepare food and man a serving line. Their service extends past food, too – Legion Riders stop by for the athletes to pose with their motorcycles.

They also involve the Illinois State Police who like to deliver Popsicles to athletes via golf cart.

“We can’t bring shade to the athletes, but we help with hydrating them,” Cheri explains.

What keeps the group coming back each year? The athletes.  “It is very rewarding to see the accomplishments of the athletes and all the medals. We congratulate every one of them!”