Athlete Goes the Distance in Memory of Her Father 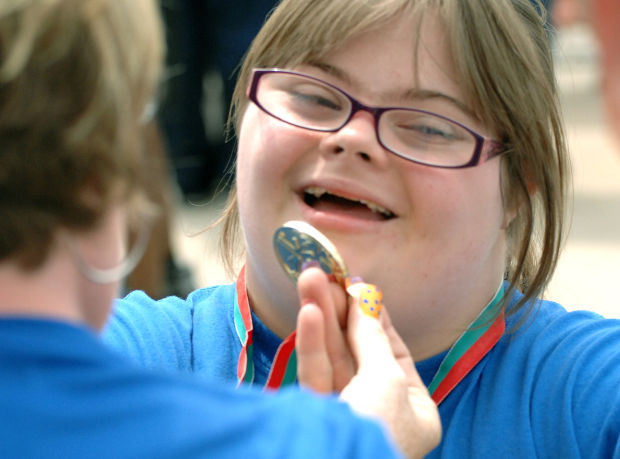 Rachel McGrew’s brother, Wesley, and mother, Sandra, cheer her on at Summer Games.