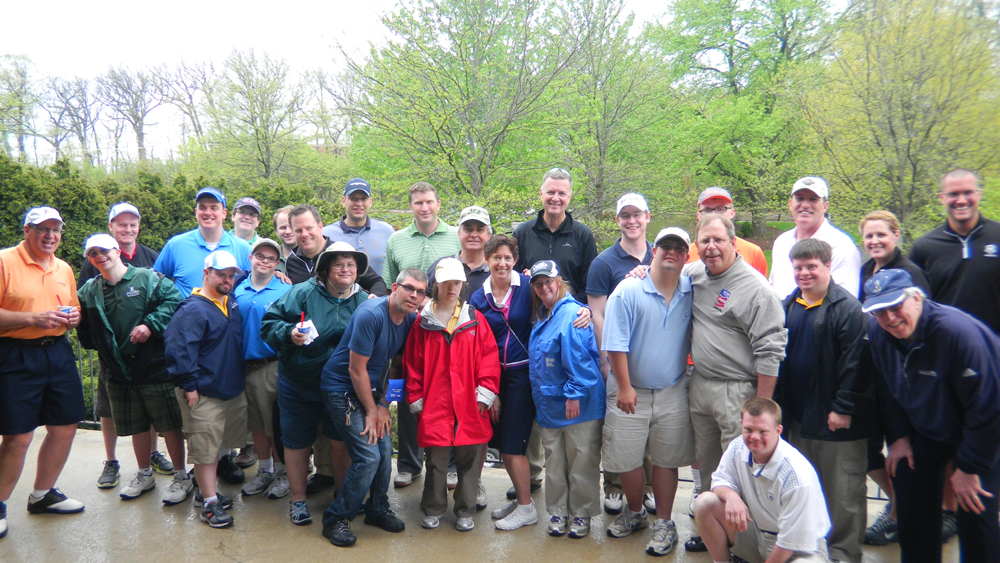 Everyone has stories to tell. For the past two years, Mike Chmielewski of West Dundee has organized what he calls “the Buddy’s Outing.” Composed of 24 buddies and 24 athletes, the outing is an opportunity for Special Olympics athletes to golf with a buddy and share their stories with them. The outing was at Bartlett Hills Golf Club on May 9 from 1 to 4 p.m. They played nine holes of golf and enjoyed ice cream afterwards. “We have a lot of rules. The rules are: we don’t have any rules,” said Chmielewski. “It’s not about raising the money. It’s not about playing golf. It’s the interaction with the athletes. Most of the buddies really haven’t had the opportunity to interact with people with special needs. I just said “Listen to them, listen to their stories, talk to them. Don’t treat them any differently. They don’t want to be treated any different. You’re their buddy for the couple hours that we play golf.’ ”

In the two years the Buddy’s Outing has occurred, they’ve raised more than $4,000.

“Our goal initially was to help send an athlete, family, coach to the 2014 National Games,” said Chmielewski. He will be donating the money raised to Special Olympics to use as needed.

Chmielewski has his own golf buddy, Ben Brizzolara, who he’s been golfing with for about 10 years. He met Ben when his oldest daughter did community service for her high school, and Special Olympics was the organization she volunteered for at a district volleyball tournament. Afterwards, Chmielewski called Special Olympics and asked if they needed any basketball coaches.

Through the Buddy’s Outing, Chmielewski hopes his friends can have their own story, “their own Ben story.” “We just have fun,” said Chmielewski about his time with Ben. “I think the only reason (Ben’s) my partner all this time is because I’m the only golf partner that after nine holes lets him go to Dairy Queen for ice cream,” he jokingly added.

After the outing, the buddies gave the athletes pins for the 2014 National Games.

“We’re not doing it for the recognition. It’s more about having fun with the athletes. It’s a lot of fun. I hope it lasts for 10 more years. It’s something the buddies look forward to. Afterwards, the first question out there is ‘When are we doing this next year?’ ” said Chmielewski.

Chmielewski has volunteered for Special Olympics for more than 10 years as a coach for basketball and softball in addition to golf. He has also participated in the Polar Plunge in Lake Bluff for the last two years.  He has a Plunge partner, Rob Seymour, who does the Plunge with him.

“Somebody called and said, ‘I’ll donate $1,000 to the Polar Plunge, but I get to pick out the bathing suits (you and Rob) wear,’ ” said Chmielewski. “We just have a ball with it. As long as my heart is beating, I’ll be doing it.”