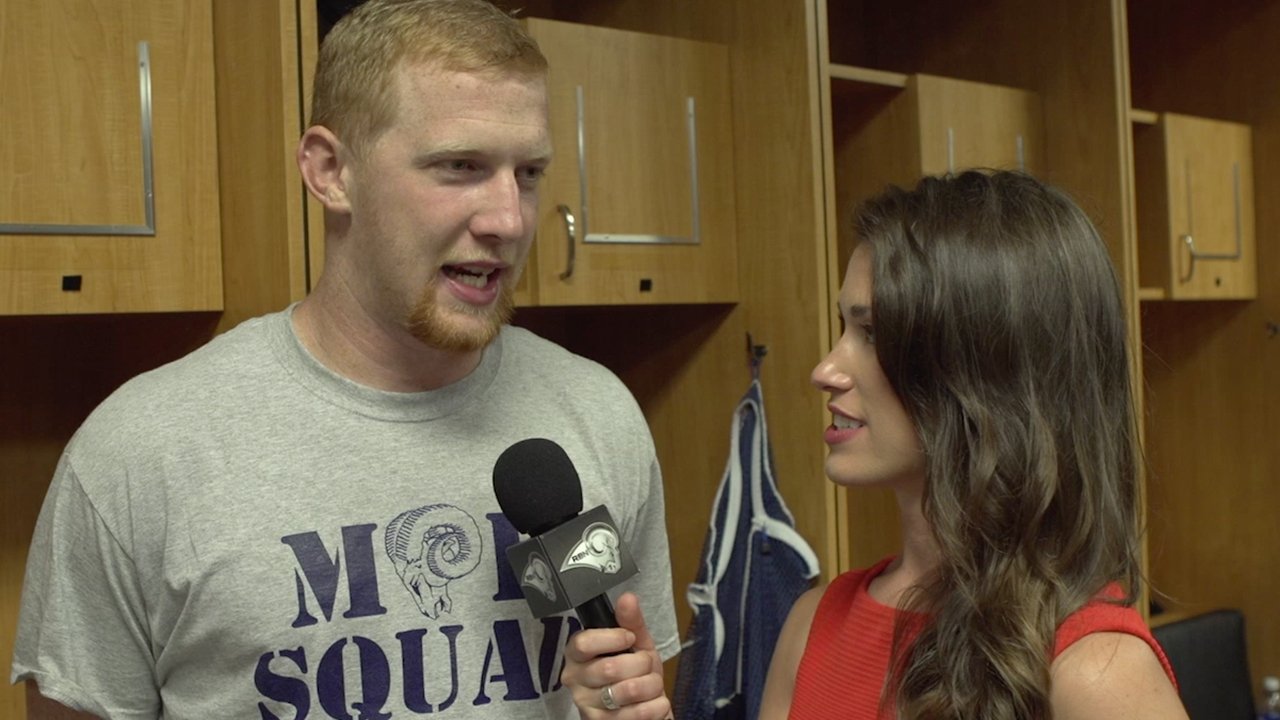 Reposted with permission of the St. Louis Rams

Punters don’t always get much attention. They aren’t included in fantasy football, and often only the most devoted fans even know their team’s punter. But Rams fans absolutely know the name Johnny Hekker whether from his booming punts or outgoing personality. He has also made a name for himself through his charitable efforts and that is why he has been named this week’s community player of the week.

Hekker, who is the Rams’ Fuel Up to PLAY 60 Ambassador, attended the Fuel Up to PLAY 60 national convention in Dallas as well as the GenYouth Fuel Up to PLAY 60 Town Hall in St. Louis and helped out with the Rams’ Play 60 Field Day for local kids at Rams Park.  Additionally, he joined KidSmart for their annual Celebrity Bee raising money for local students in need and played in Jared Cook’s charitable golf tournament and Coach Fisher’s celebrity softball game benefiting charities.

During the season, he also partners with kicker Greg Zuerlein and punter Jake McQuaide on the 4th Down Fan Club ticket program where they purchase tickets for charities so they can attend Rams’ home games.  The special teams trio of Hekker, Zuerlein and McQuaide will also be spearheading SSM’s Kick Cancer campaign, which will be rolling out soon and will include a celebrity karaoke event on Monday, Sept. 22 at Four Seasons.

All of his charitable involvement has definitely earned him a good guy reputation, but his fiancé Makayla told me he doesn’t do any of it for the praise. It’s because it’s a part of who he is.

“He just has such a kind, generous heart,” said Makayla. “It’s one of the reasons I love him.”

She went on to recall him talking about a Special Olympics event, and said he was beaming when he told her it was one of the best, most inspirational events he had ever attended. Makayla also said Hekker’s father has been involved with special needs individuals in the past, so it paved the way for Hekker to gravitate toward those events and causes.

In fact, she said, a huge percentage of that giving heart he has could be traced back to his parents.

Hekker agreed, saying, “I enjoy doing community work and giving back because I was raised in a home where serving others was regular. As a Christian and following Jesus’ example, the best way to lead is to serve others and show that you care.”

“I would have to imagine that when Johnny’s parents think about him, they are pretty darn proud of the job they did raising him and the person he has become,” said Molly Higgins,  St. Louis Rams’ vice president of corporate communications and civic affairs.  “He’s compassionate, intelligent, engaging – all of which contribute to his desire to use his unique platform to help others. He’s one of those guys who just gets it and thinks about things from a big picture perspective on how he can impact lives.”

Makayla emphasized Hekker’s motivation to pass on to the next generation the values his parents instilled so deeply in his servant’s heart.

“He’s an incredible role model,” said Higgins.  “Kids, adults, we can all learn about being a better person through Johnny’s many examples.”

About the Rams Community Player of the Week

Each week during the 2014 season, the St. Louis Rams will select a player who has made a positive impact on the Greater St. Louis community, giving of himself off the field. Each honored Rams Community Player of the Week will receive a gift certificate to Ruth’s Chris Steak House, the Official Steak House of the St. Louis Rams.