Athletes Come Together to Raise Awareness, Money for West Central/Area 11 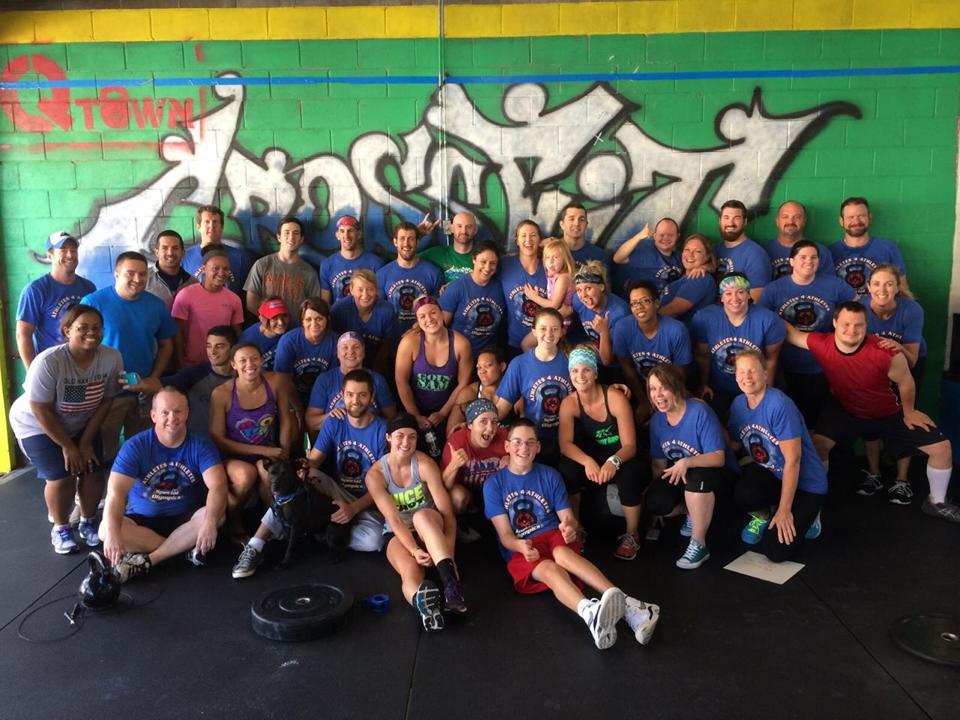 Heather Davis, Area Director of West Central/Area 11, hopes that with a little help from members at QTown Crossfit, she can start a movement of movement, all while raising awareness and money for Special Olympics through a workout fundraiser. Special Olympics athlete and Global Messenger Josh Znosko, left, hams it up with a Crossfitter

Davis, who began working for Special Olympics in July, approached Quincy’s Qtown Crossfit owner Katie Tappe about doing a fundraiser for Special Olympics even before she had the job. “She was in. Then Crossfit coaches Christine Williams, Mike Davis, Tim Bliefnick and Jason Coplan got involved and it took off from there,” said Davis.

The inaugural event was held on Sept. 6 with more than 50 Crossfitters participating. Each Crossfitter worked to complete as many rounds as possible of the WOD in 7 minutes. The 3 movements – 19 deadlifts, 20 wallballs and 68 “double unders” – were designed to commemorate the first Special Olympics which took place on July 19-20, 1968. To date, the most rounds completed in the 7 minutes was done by Sam & Jenni Dancer, professional Crossfitters and owners of Qtown, who completed more than 4 rounds.

Crossfitters raised money by purchasing the event’s T-shirt and then participated in the event, which began on Sept. 6 and runs throughout September. Local Special Olympics athlete and Global Messenger Josh Znosko addressed the crowd before the initial workout. “I like this gym,” he said. “When do I get to start lifting weights here?”

To date, over $1,000 has been raised for the Area 11 program. More Crossfitters have expressed interest in joining the movement.  The Athletes 4 Athletes team hopes to grow the events to worldwide recognition and participation and already have had interest from other Crossfit boxes (locations) interested in doing similar events. “I have a vision for this beautiful relationship that helps people get moving and stay moving,” said Davis. “Crossfitters understand how competition and being physically active can transform lives. They understand that if you stay active, you cannot only prevent illness, you can bring healing to lives. It’s a partnership that makes sense and was ripe for the picking. I am excited to see how big this grows. With the Qtown Crossfit and the Athletes 4 Athletes team on board, big things are going to happen!”

View video of the Sept. 6 event.