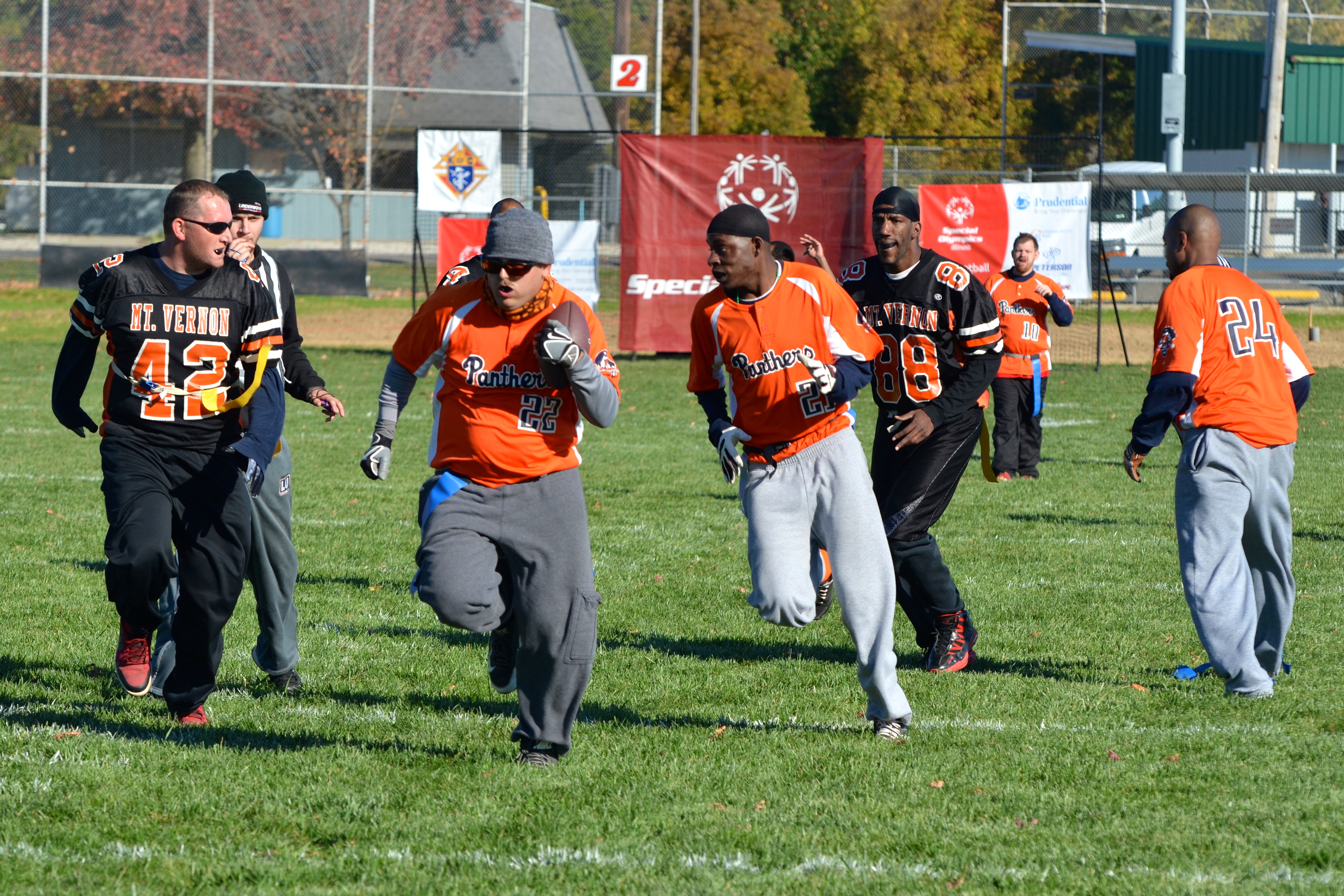 With the national, collegiate and high school football seasons well underway, Special Olympics Illinois is embarking on a journey of its own – flag football. The 5-a-side co-ed format showcased five Special Olympics flag football teams from Southern/Area 15, three from Southeastern/Area 14, and two from host Southwestern/Area 12. The event’s main focus was a training session for coaches, athletes and officials and instructional scrimmages. The afternoon featured competitive games. All teams and sponsors (Prudential Financial, Community Bank of Trenton, Shop ‘n Save, Peterson Health Clinic and the City of Trenton) were recognized at an Opening Ceremony and Trenton Mayor Kyle Jones opened the games for competition. “Seventy teams from across the state have expressed interest in playing flag football,” said Dunning. Each of the state’s 18 Areas has at least one team interested in flag football, he added.

The training at the event was crucial, said Dunning. “Training the teams on the proper way to play the game is our first priority. Today was the first step in making flag football a reality in Illinois.”

Overall, the day was a great success. Coaches and players were very receptive to the training and caught on extremely fast. By the time the competition started, teams were playing properly and enjoying the game the way it’s meant to be played. “The energy and enthusiasm displayed by the athletes and coaches were in high gear from the start of the day,” said Melzer. “It’s energizing to see the dedication that the athletes, coaches, volunteers and families have for flag football. I’m proud to be a part of this movement and look forward to the prospects of adding flag football to our sports structure moving forward.”

Both Dunning and Melzer thanked the City of Trenton, which was instrumental in putting on this first-class competition for the athletes. In addition, thanks to the Special Olympics Illinois and Indiana staff and volunteers who donated their time to make this inaugural event a success.

If an agency is interested in finding out more about flag football, please contact Justin Dunning at 618-654-6680.