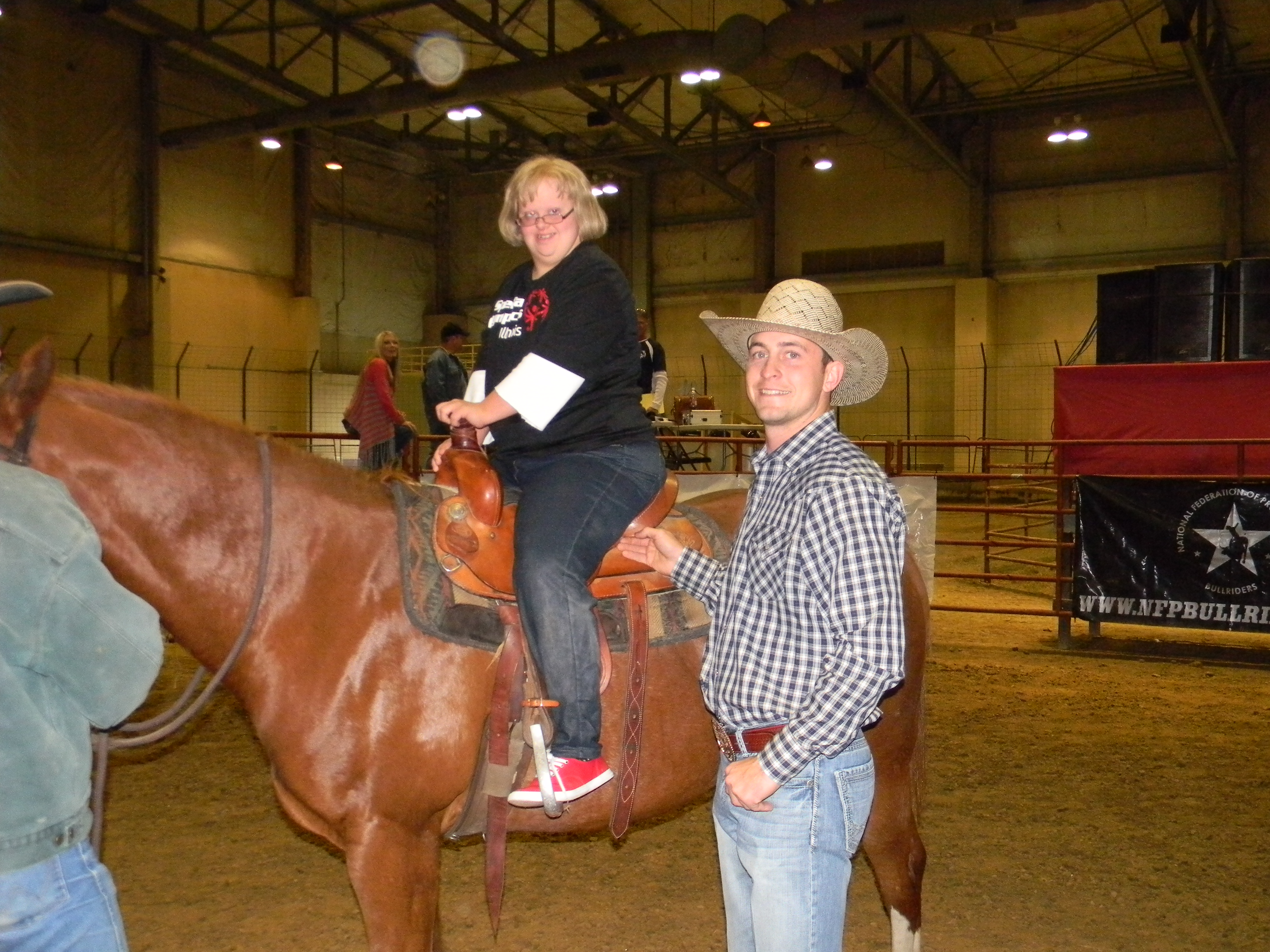 On Nov. 8, Special Olympics athletes from southern Illinois got the chance to try their hand at the rodeo skills when the Professional Bull Riders Association rode into DuQuoin.

About 80 athletes attended a special morning event when they paired with cowboys, owners and rodeo clowns to move from station to station trying such skills as roping a steer, riding horses and riding on a mechanical bull. Athletes from the Lightning Bolts enjoy the bull riding event.

The event was as much a chance for the athletes to experience new skills as it was for the bull riding community to interact with the athletes, said event organizer Bill Asbury, whose daughter Brenna was among those in attendance.

“One of the cowboys gave one of our athletes a $20 donation to Special Olympics at the end of the morning and another gave an athlete a patch off the back of his jersey. And, one athlete who was paired with a bull owner got to name a bull. Later that night during the bull-riding event at the DuQuoin State Fairgrounds, she got to announce the bull’s name before the rider rode the bull.

The athletes presented a Spread the Word to End the (R)-Word T-shirt to the event’s announcer and gave Respect bracelets to the clowns, riders and owners and ask them to wear them during the evening event to show their respect for people with intellectual disabilities.

Athlete Brenna Asbury sang “God Bless America” before the show and her Lightning Bolts teammate Katrina Valliant sang the National Anthem. During the evening, the announcer continued to make the audience aware of Special Olympics and the R-Word campaign.

View photos from the event.