Angels in the Alley 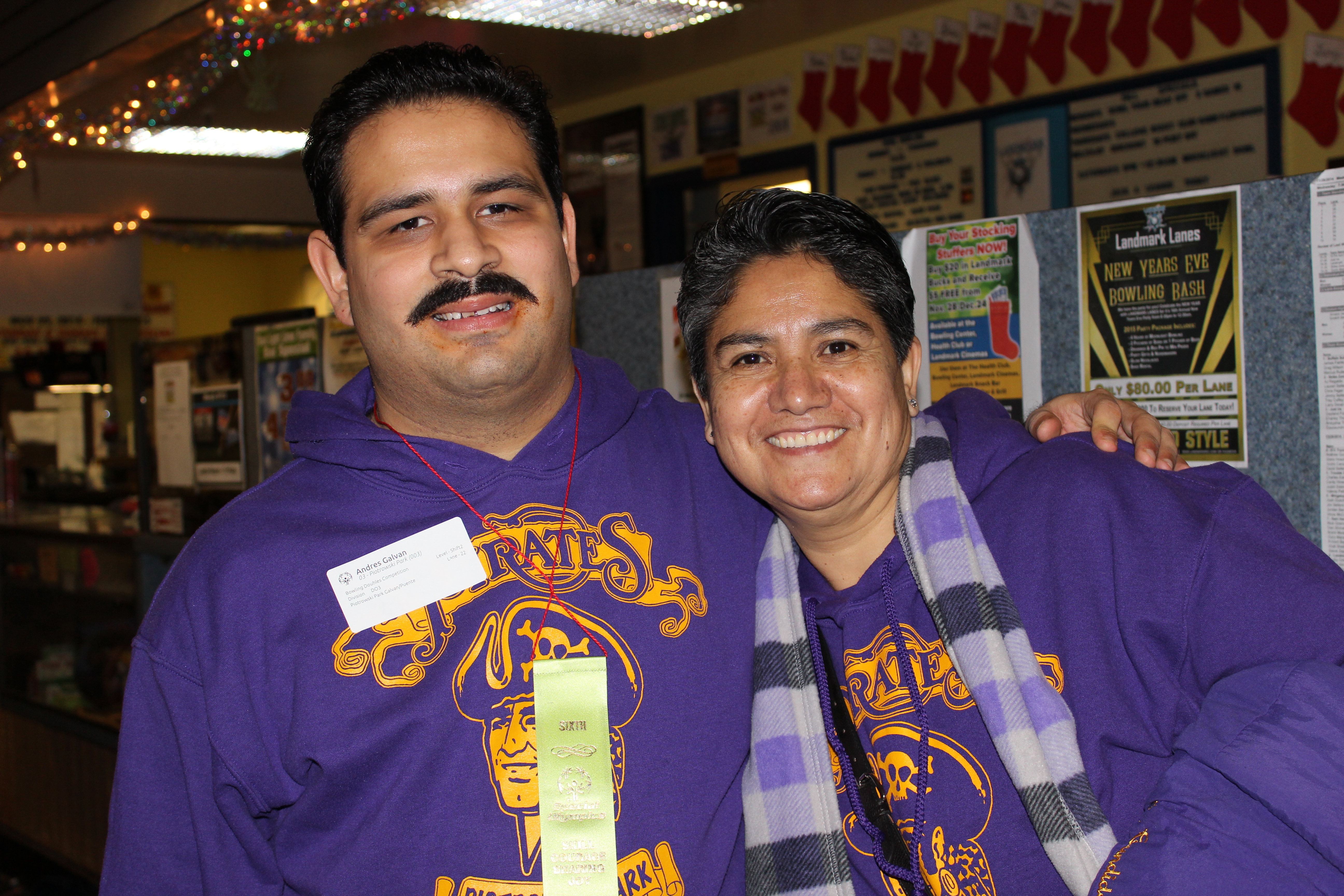 On Dec. 6 at the Special Olympics Illinois State Bowling Tournament, two athletes had reason to believe there were angels in the alley as they bowled. One had lost her father and the other had lost his bowling partner in the previous month. Daniel Puente, an athlete with Chicago’s Piotrowski Park, died on Nov. 19 – his 32nd birthday. His bowling partner, Andres Galvan, was afraid he’d have to scratch from the bowling tournament in Peoria until coach Dave Donohue checked with the state office and learned Andres could bowl in doubles, but only his scores would count toward any awards.

Daniel had competed in Special Olympics for 23 years in a variety of sports including basketball, softball, volleyball, floor hockey and snowshoeing. He was diagnosed with heart disease three years ago. Andres and Daniel had bowled together for the past two or three years, said Donohue, who added that Andres was the more competitive partner.

Daniel’s mother, Eva Candido, made the trip to Peoria to watch Andres bowl and admitted it was a bittersweet moment. “It’s hard watching this, but I can do it,” she said with a smile. She gave Andres a big hug after he finished bowling and received his sixth-place ribbon for his efforts (see photo at top of page). Donohue gave her a commemorative lapel pin that athletes and coaches receive at the tournament in memory of her son. Also bowling at the state tournament was athlete Lena Reeder of Vienna, who returned home from Special Olympics practice on Nov. 12 to find that her father, Bob, had died unexpectedly.

Although reeling from her father’s death, Lena opted to attend aquatics practice the next day in memory of her father who was so supportive of her Special Olympics experiences.

“Bob and I made a promise to each other years ago that we would stay involved in Special Olympics if something happened to either of us,” said his widow, Kathy Reeder. The couple felt that Lena gets so much out of Special Olympics participation that neither wanted anything to interrupt that. In fact, the Kathy, who is also a coach, made sure to include Lena’s teammates in the funeral services because of how important they all were to her husband.

At State Bowling, Lena was cheered on by her mother and sister, Kara, also a coach. She bowled her way to a gold medal in singles competition – the first for Lena at the state tournament.  “I think he was here with me in the ball,” she said.