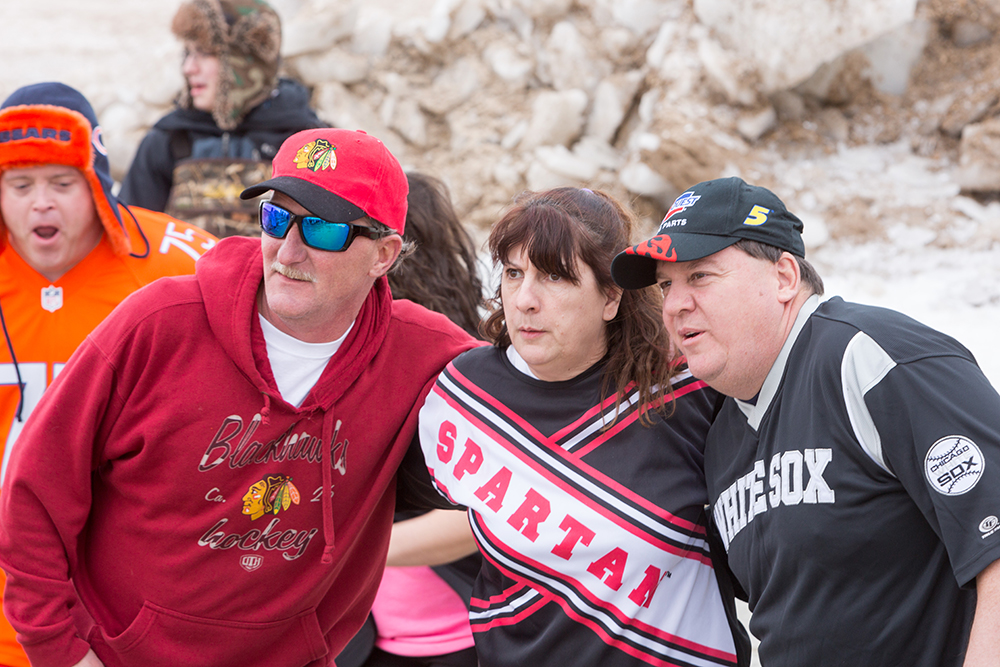 On Feb. 20, a group of brave and warm-hearted individuals will begin the first of 24 dips into Lake Michigan over 24 hours for the athletes of Special Olympics Illinois. Among these SUPER Plungers are Mary Pocuis and Mike McDermott.

The SUPER Plunge, celebrating its 10th year in 2015, is a unique experience that brings men and women together to what many people think to be crazy and or impossible. It’s not crazy or impossible for Pocuis or McDermott, who are the only two people who have SUPER Plunged each of the 10 years. In addition to her fundraising event efforts, Pocuis is a Unified Partner. She previously competed in Unified Golf with Laura Bosshart and now plays bocce with athlete Ben Brizzolara. The Unified pair has won two bronze and one silver medal in their three years as partners.

“I can’t ask my officers to do events and participate in things I don’t participate in,” Pocius says. “I’ve recruited several Plungers from my leg and that’s good to see.”

Both Pocuis and McDermott don’t just commit to Plunging at the SUPER Plunge, each also Plunges as their local Plunge. When asked what his favorite part of Special Olympics is McDermott says, “Knowing that I’m helping to make a difference in an athlete’s life by raising funds.”

Both Pocuis and McDermott say there’s no real mental preparation for the SUPER Plunge.

“I see firsthand the benefits of what we do – not only me but everyone who participates in Special Olympics, volunteers and all of the police officers,” Pocius says. “I know for a fact that what we do makes a difference in the lives of the families and of the athletes and that’s why I do what do every year!”

If you would like to join Pocuis and McDermott in SUPER Plunging this year, or would like to learn more about any of the 21 Plunge events happening statewide, please visit www.plungeillinois.com.