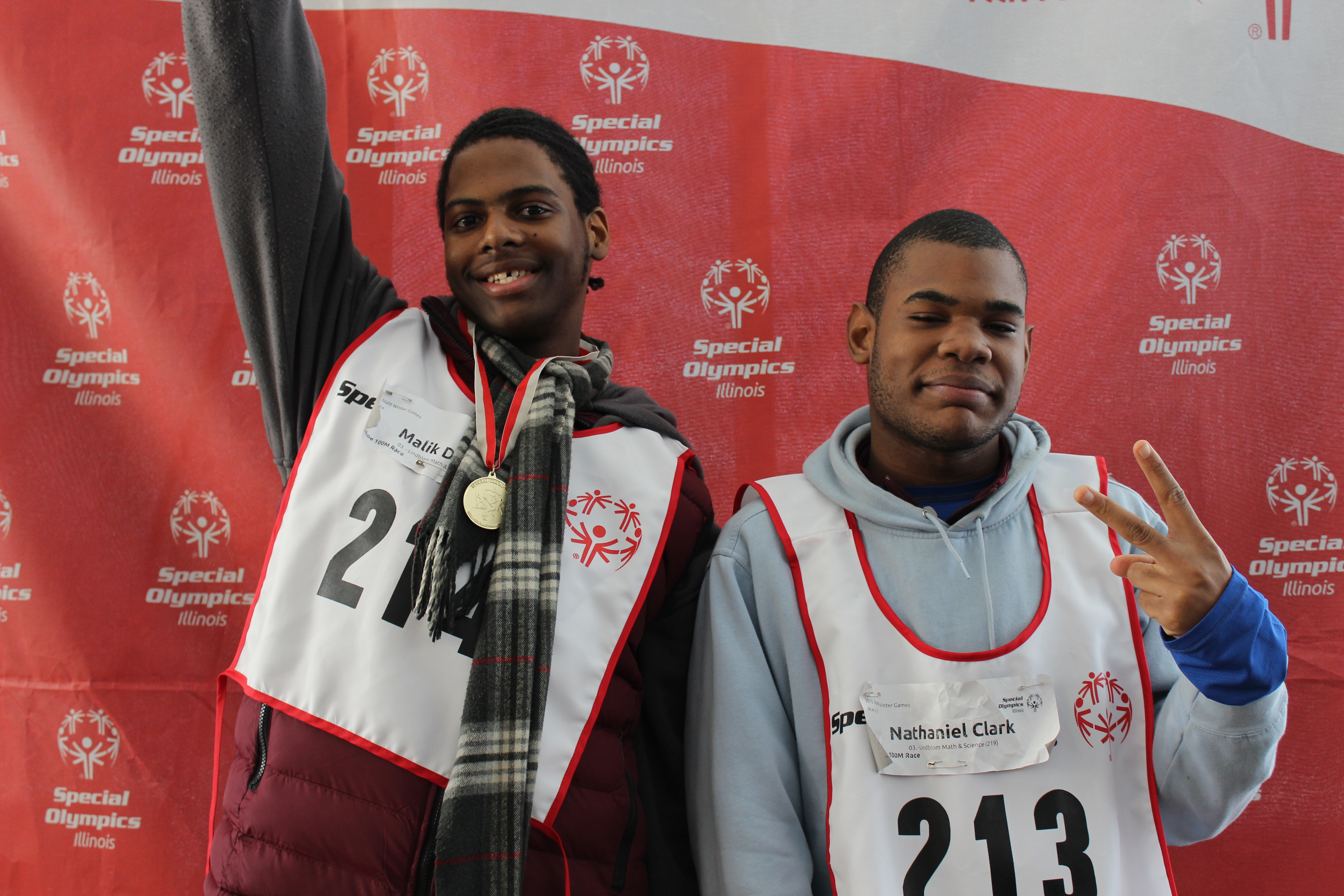 This is the first year Lindblom Eagles Head Coach Raymond Baker can remember having a snowshoeing team from the Englewood neighborhood. Baker has been involved with Special Olympics for 10 years and has been head coach at Lindblom for 4 of those.

“My athletes and I were looking to get involved in Special Olympics winter sports and snowshoeing seemed to be the most approachable,” Baker said. “We were lucky enough to get a pair of snowshoes donated to use from a fellow teacher/coach and the rest is history.” This year, seven Lindblom athletes competed in the snowshoe qualifier on Dec. 13 at Mann Park.

Both Malik and Nathaniel had previously found success competing in athletics for Special Olympics, and Baker feels the track events lent themselves to a natural progression into snowshoeing. “They had never seen snowshoeing as a sport before,” Baker explained. “I’m very proud of what both they both have accomplished to advance to Winter Games.”

The boys also compete on the Lindblom Eagles basketball team that recently qualified for the State Basketball Tournament in Normal in March.

Malik and Nathaniel anxiously awaited Winter Games, where they joined nearly 400 athletes from across the state in Galena for competition, festivities and fun Feb. 3 to 5. Malik received a gold medal and Nathaniel a 6th place ribbon in the 100-meter snowshoe race.

“I am excited for Winter Games,” Nathaniel said before heading to Galena. “I am looking forward to seeing all of my friends!”