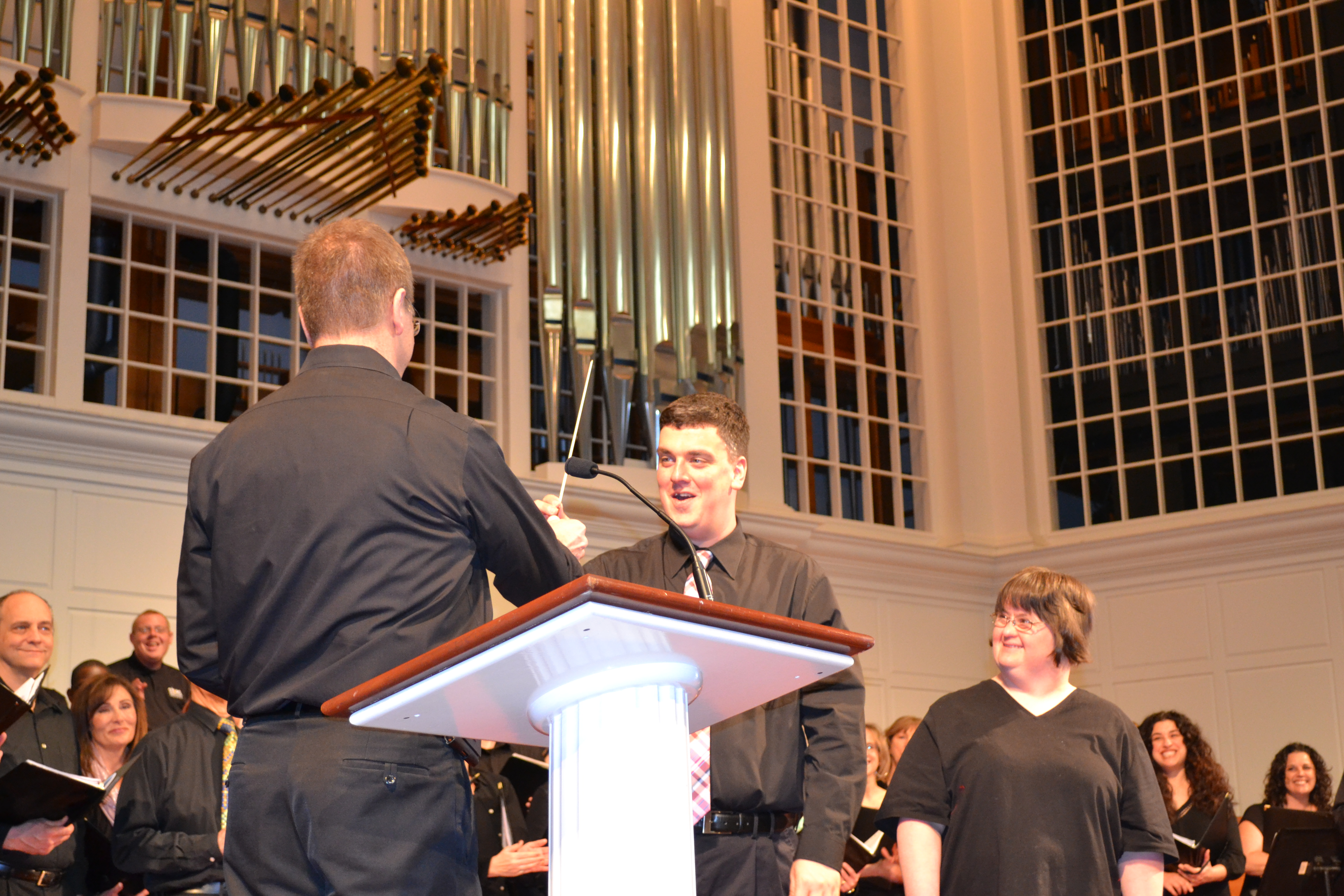 Dan was also awarded the title of “Honorary Maestro” for his years of generous help and expertise with conducting the National Anthem.

Area 2 Director Amy Kaylor says Dan has been at every concert. “The second year, we mentioned to the Chorale leaders that Dan has practiced conducting for years at home and they asked him to direct the Chorale’s ensemble group in the National Anthem to open the You Raise Me Up Concert.”

This special addition to the concert has been a staple ever since. Dan has made friends with the members and attends their concerts regularly.  He especially enjoys Beyond Glee concerts (a choir that also performed at this year’s You Raise Me Up Concert) as well as the Glen Ellyn Wheaton Chorale.

“We try never to miss a concert and we always have to sit in the front row,” Judy says. “If either choir happens to sing one of his favorite tunes, he sometimes conducts from his seat!”

Dan, who won a gold medal at the District A Aquatics Meet earlier this spring, credits conducting as good practice for his freestyle stroke.

This year’s concert featured the talents of The STARS of College Church who performed songs by Rascal Flatts and The Gray Havens. Alternative rockers ‘Til Sunset, the soulful Tyisha Brown and musical stylings of Beyond Glee all brought the audience to their feet. These sweet sounds were interspersed with personal experiences from local Special Olympics athletes.