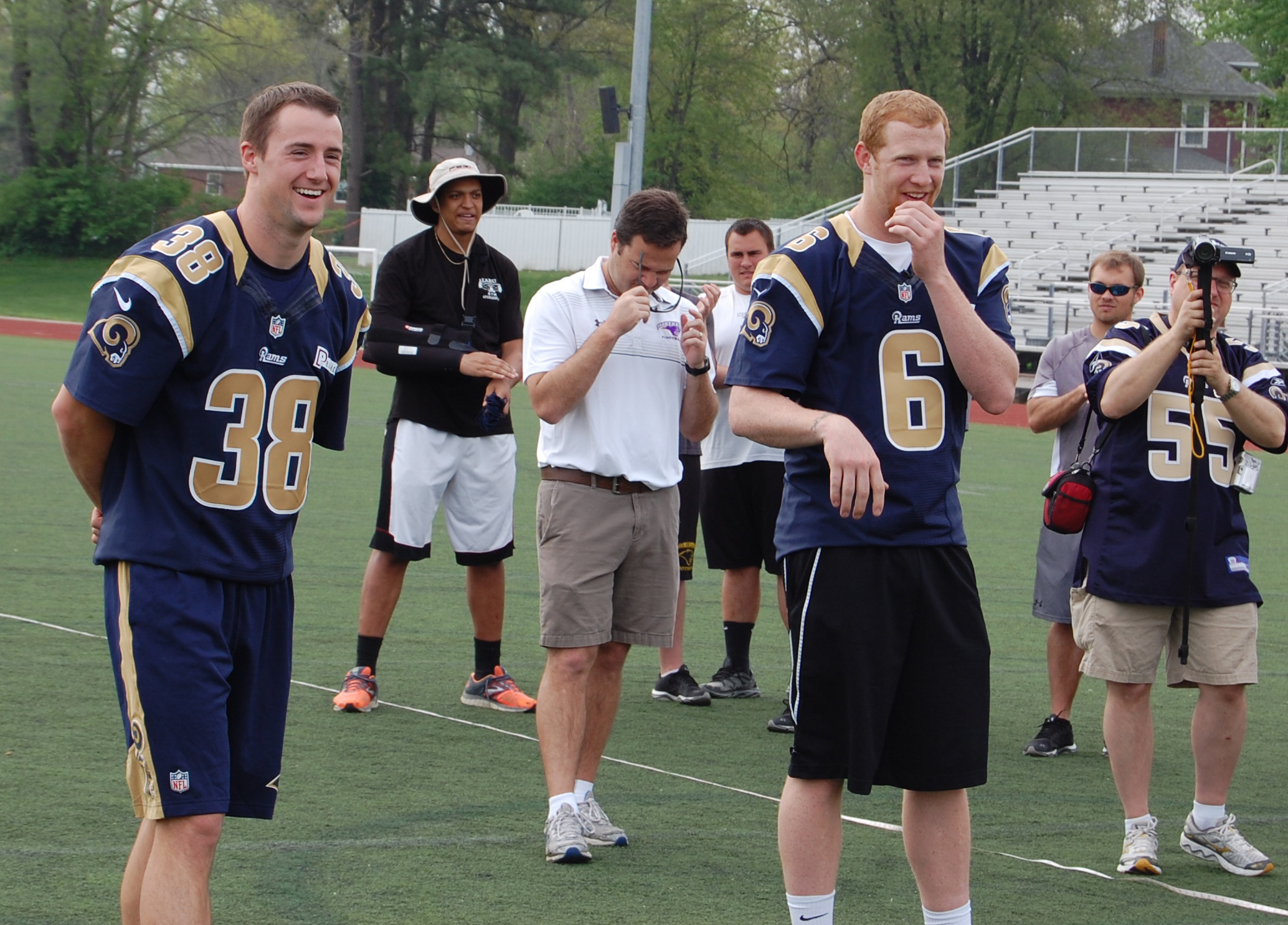 “Without the gracious help of all the volunteers this event would not be possible. The St. Louis Rams players were extremely outgoing and interactive with everyone involved and McKendree University football players stepped up and played a pivotal role in the success of the competition,” said Justin Dunning, Special Olympics Illinois Southern Regional Manager of Sports Training and Competition. “Special Olympics is a remarkable human services organization which capitalizes on the tremendous attributes of amateur sports to help children and adults with intellectual disabilities in day-to-day living. This event allowed Special Olympics athletes the chance to shine!” After leading the stations, Hekker and Davis opened the Play 60 bus allowing athletes to dance to the music, show off their accuracy in passing through a football target and run through an obstacle course finishing by tackling the dummy onto a crash mat. Davis awarded all athletes in front of the Play 60 bus.

To wrap up the event, Hekker and Davis signed autographs for each athlete and coach in attendance. The Rams also provided Play 60 rally towels and player cards to each participant. View photos from the event.