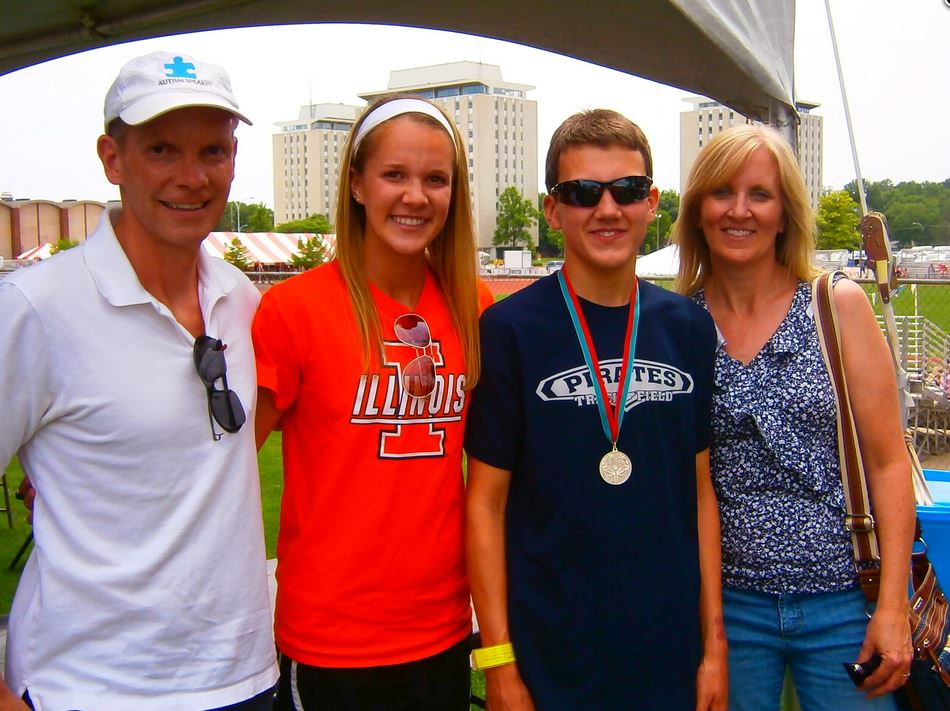 By Derek Bayne. Reposted with permission of WREX

Belvidere native Jack Seger loves to jump. He’ll compete in the Special Olympics track and field meet at Harlem High School May 2, where he specializes in the long jump event. In the upcoming meet at Harlem, athletes choose one track event and one field event in which to participate.

Jack is autistic and has competed in the track and field Special Olympics for seven years. He’s been to the state summer games in Normal four times. Participating in track and field helps Jack connect with other teenagers.

“Other than the activity and health benefits from it, and the fun, just the social aspect of it too [helps Jack],” Lisa Seger said. “It’s been a wonderful opportunity for him to meet other kids his age and participate in something together.”

Track and field is a family thing for the Segers. Jack’s sister Kim runs track and cross country at the University of Illinois. Jack is always supporting his big sister. He tries to emulate her speed.

Kim is just as supportive of Jack’s track endeavors.

“It’s fun because when she wasn’t away at school, when she was in high school, she would attend his meets,” Dan Seger said. “She volunteered at the Harlem meet her senior year. Jack goes to all of her meets. It’s something they can share.”

That bond is something mom loves to see.

“It’s wonderful but that’s how it’s been all along,” Lisa Seger said. “They’ve been very supportive of each other. It’s nice that Jack has had that mentor and role model to watch. I know when he goes and watches her compete, he’s getting that visual of what that looks like. Seeing the other athletes out on the field and participating in their events.”

Jack is set to compete May 2, in the big Special Olympics track and field meet at Harlem High School. He’ll let his jumping ability do the talking.