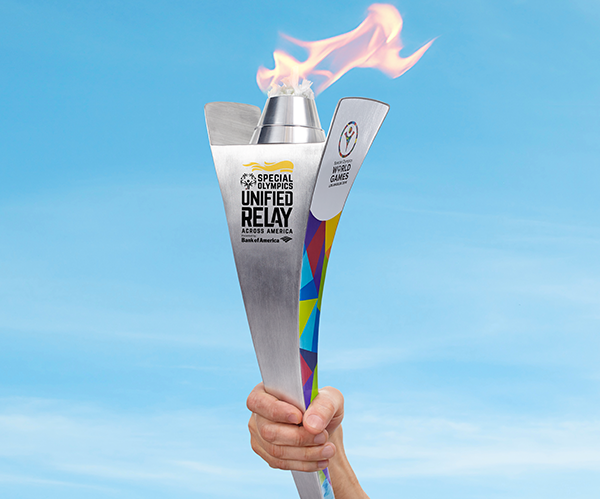 Tony Hill, a Global Messenger and member of the Southern Illinois Grasshoppers, raised money for the Unified Relay at a local restaurant

Athletes and Special Olympics Illinois staff members have come together on two teams for the Central Route of the Unified Relay that will run through the southern part of the state in early June.

The Unified Relay travels through Illinois via two routes. The Central Route will pass through Southern Illinois June 8 and 9 and the Northern Route will come through Chicago June 12 through 14. The Unified Relay will culminate at the Opening Ceremony of the 2015 World Games in Los Angeles on July 25.

Linda Wunder, SOILL Regional Supervisor, is captain of the SOILL Staff for Area Athletes team. The Unified Relay “is a once in a lifetime opportunity to participate in an event like this,” she said. “I wanted to give athletes this opportunity and help raise money for their agencies,” Wunder said referring to the revenue sharing opportunity  developed where Special Olympics Illinois is splitting its share of the proceeds from the Unified Relay with agencies who participate. All of the athletes on Wunder’s team are members of the Southern Illinois Grasshoppers.

Jim Morgan, of Belleville, an athlete with the Grasshoppers and a Global Messenger, is participating on the Global Messengers team. The Unified Relay “is an awesome way to give back,” he said. “To me, it’s a way to honor the officers” who raise so much money for the athletes of Special Olympics Illinois every year.

Plus, he’s looking forward to having the opportunity to carry the torch – something that traditionally is reserved for law enforcement officers only. Jim admits he’s been in awe of the Torch Run since first seeing it in 2005 at the Summer Games. He personally hasn’t had the opportunity to participate in the carrying of the torch at his local or state level and “this is one chance to get involved.”

Both Nash and Wunder agree that this may be the only opportunity for some athletes to be personally involved in the Torch Run and World Games. That’s why the athletes are busy raising money through a variety of local fundraisers.