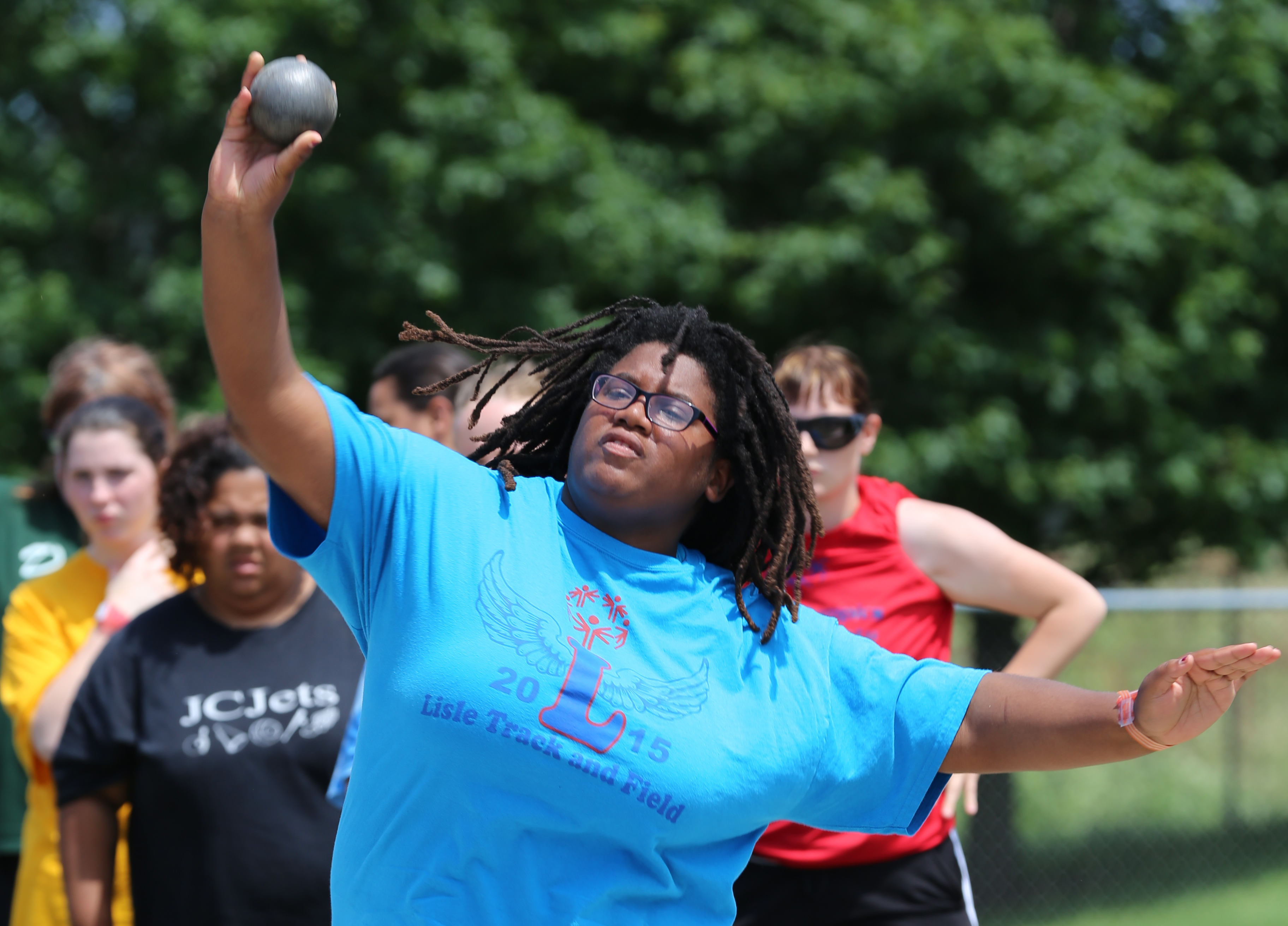 Kathy Esposito participates in the shot put at 2015 Summer Games.

She attended the Games with her teammates from Lisle High School, where she graduated this spring. Kathy was active in the gamers club and French club and counted gym and math as her favorite subjects.

While Kathy says she won’t be competing in Special Olympics in the future since she graduated, she does intend to stay involved as a buddy at the high school. She’d also like to be a Special Olympics coach in the future after completing additional schooling. “I really enjoy helping and getting involved in charity work,” she said, citing her past involvement with pets, the homeless and her church. “My family has always been very generous,” she says. “When people need help, we’re there.”

Kathy will let that generosity toward others guide her in her career choice as she enters Joliet Junior College this fall. She wants to study either childcare or culinary arts.