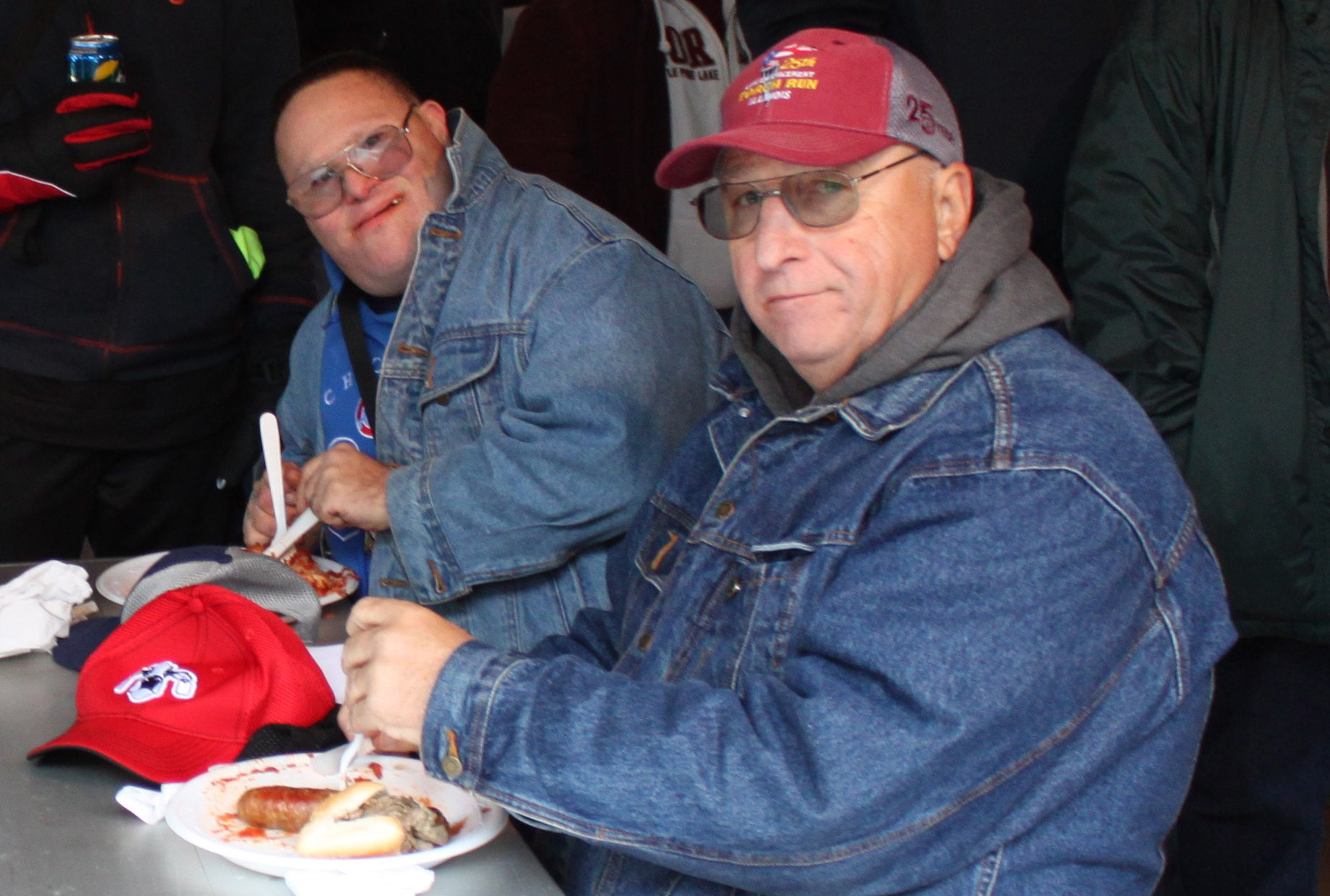 Contributing to the Darling Ducklings’ success is Danny Zeller, who sold more than 300 ducks over a recent weekend with his father, Zeke, in front of their local Jewel-Osco.  Throughout the months of June and July, it isn’t uncommon to see Danny and Zeke in their community spreading the word about the Ducky Derby. Their duck sales to date total 700. Danny began his career as a Special Olympics athlete in Germany in 1977 at the age of 3. Now, 35 years later, he still loves competing in several sports including bocce, bowling and soccer, but his favorites are basketball and softball equally.

Two years ago family friends convinced the father/son pair to get involved in the Ducky Derby.

This will be their first year attending the Windy City Rubber Ducky Derby and Danny can’t wait to meet new people at this event.

When asked what Danny likes most about Special Olympics Illinois, his father jokes that all the pretty girls in the program keep him interested, but continues, “He doesn’t worry about winning or anything, he just wants to be with other people competing.”

This year marks the 10th Annual Windy City Rubber Ducky Derby. Join Special Olympics Illinois as it celebrates a decade of ducks on Aug. 6, 2015, when 60,000 ducks will splash into the Chicago River. The fun starts at 10 a.m. in front of the Wrigley Building located at 400 N. Michigan Avenue in Chicago.

Adopt a duck for $5, a Quack Pack (6 ducks for $25), a Flock of Ducks (24 ducks for $100) or, new this year, a Decade of Ducks Donor package (240 ducks for $1,000) for your chance to win one of the Windy City Rubber Ducky Derby’s great prizes including a brand new 2015 Chevy Trax or an all-inclusive Apple Vacation. Ducks can be purchased online at chicagoduckrace.com.