Miss Quincy’s Advocacy Platform Near and Dear to Her Heart 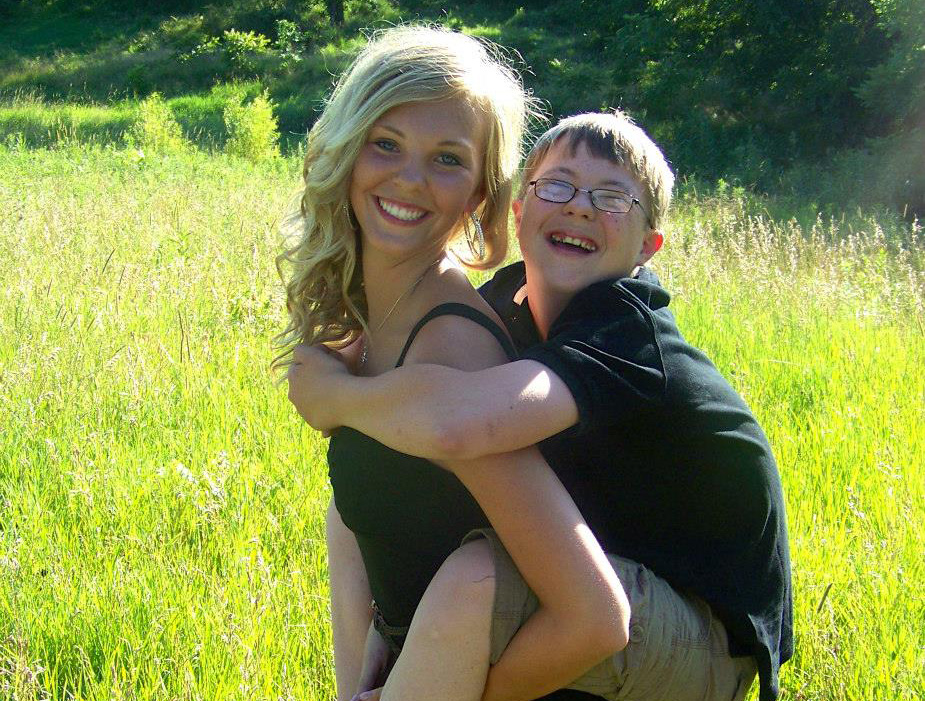 Montanna Neisen, 20, was named Miss Quincy 2015 in March and since then she taken the  opportunity to make a difference and advocate for Special Olympics. Montanna knows the importance of Special Olympics firsthand – her brother Brady, 16, is an athlete. Montanna and Brady’s involvement with Special Olympics began five years ago when  Brady, who has Down syndrome, started competing with Adams County Special Recreation in Quincy. His involvement as a basketball athlete motivated Montanna to do more than cheering for her brother from the stands.

“Our relationship has grown stronger because of Special Olympics,” says Montanna. “I try my best to make it to all his practices and games whenever I can. He was always at my sporting events, so it’s my turn to return the favor and cheer him on when he participates. We have formed a much stronger bond (through Special Olympics) because we can talk about the sporting events and even practice at home,” she continues.

She felt truly inspired by the sense of teamwork that came from Special Olympics athletes. “Special Olympics has shown me the true meaning of teamwork and happiness,” she says. She volunteered at the 2015 West Central/Area 11 Spring Games and awarded medals and ribbons to athletes.

Montanna has seen numerous changes in Brady since he started competing in Special Olympics. “He’s not only become physically stronger, but he’s also grown as a person. He’s learned how to work with others and what it means to truly support your teammates. “His social skills have also improved tremendously,” she says. “Before Special Olympics, Brady didn’t really have any ‘true’ friends, but after participating in basketball, volleyball and softball, he has numerous friends that he can call who would be there in a second to support him.”

Brady has also improved his social skills with adults because he is always talking to the other parents, family members and coaches. “He doesn’t know a stranger!” said Montanna.

Her pageant career began in 2012 at the age of 17 when she won the Miss Adams County title. Since then, she has also competed in Miss Illinois Teen USA, where she was name a semi-finalist out of 100 girls. Montanna decided to pursue the Miss Quincy Scholarship Program because it has given her the opportunity to reach hundreds of people in not only her community, but the state.

Montanna, as Miss Quincy, has chosen an advocacy platform of Imagine the PossABILITIES: Empowering Individuals with Disabilities. “My platform is about bringing awareness and showing individuals with disabilities how truly special they are,” says Montanna. Her overall goal is to focus on how Special Olympics can be made better in her community and state to get more people involved. Montanna and Brady Neisen with their siblings and parents

Montanna is currently a junior at Lindenwood University in St. Charles, Mo., where she majors in Elementary Education and Special Education. She also is actively involved with the campus’s professional fraternity for teachers, Kappa Delta Pi, as secretary of the chapter. Montanna works for the Quincy Park District as a Special Populations Leader during the summers, where she works with kids that have disabilities.

Montanna has noticed how much happier Brady seems to be since he started Special Olympics, adding he loves going to practices and seeing his teammates. “It’s amazing to see the transformation that Special Olympics allows its athletes and families to experience –  it’s like no other!”