The World Came to Celebrate 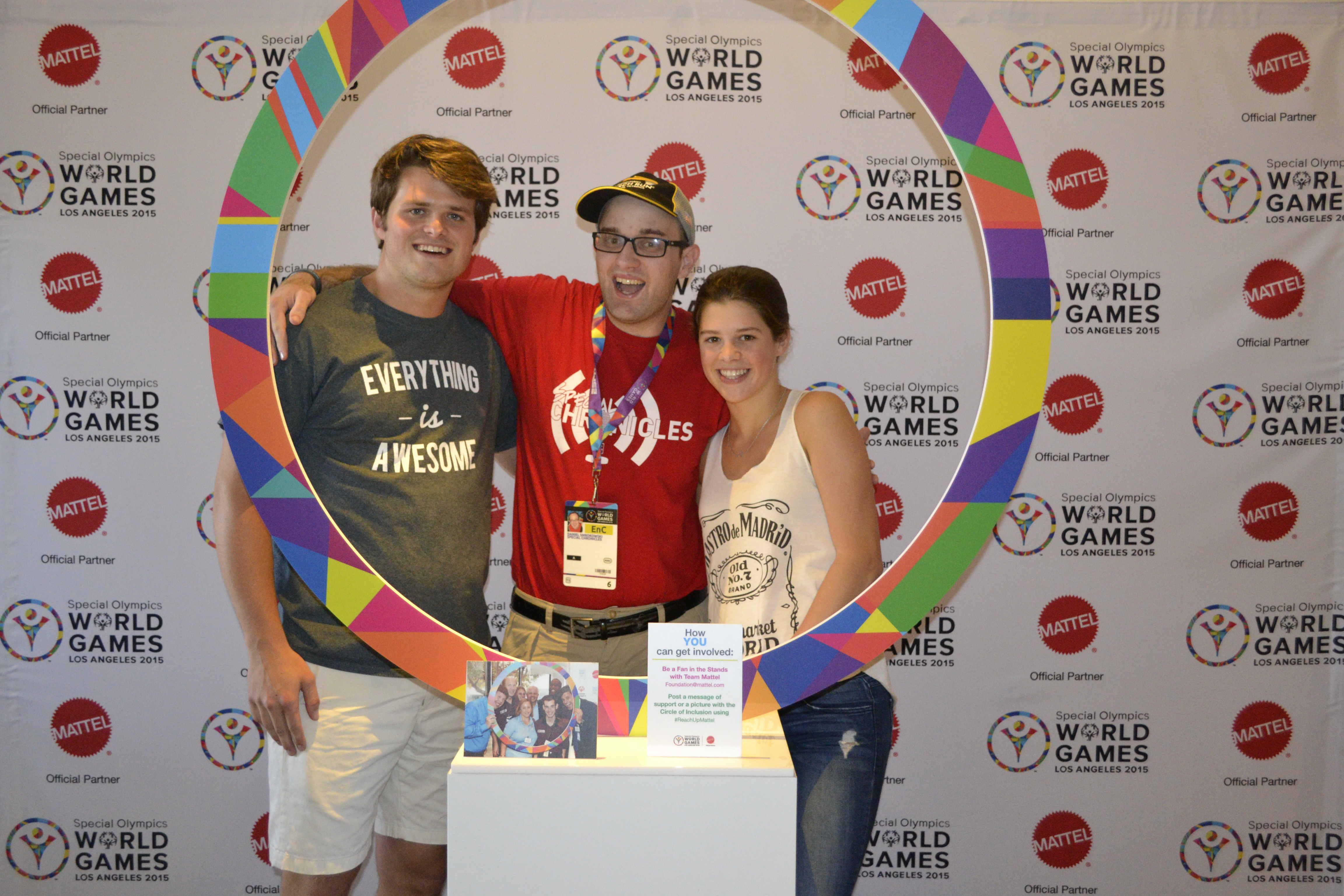 Special Olympics World Games: A celebration for our abilities, acceptance and inclusion

From July 23-29, I had the opportunity to attend for the first time what I consider the largest and most inspirational events of all-time – Special Olympics 2015 World Summer Games. During my time in L.A., I was there as a reporter giving unique coverage for Special Chronicles, producing the No. 1 update podcast and featuring the stories of athletes, volunteers, coaches, fans and World Games staff. At the World Games for Special Olympics, you have the opportunity to meet people from all over the world. Take for example, my new friend and fellow athlete Nabila Kassar. Nabila, a basketball player, is from Special Olympics France and competed for the first time at the World Games.

Nabila most enjoys meeting new people and exchanging pins from delegations all over the world.

“It’s a good atmosphere,” said Nabila, with translation help from her coach.

One of the highlights while at the Special Olympics World Games Los Angeles 2015 was the opportunity to meet in person my friend and fellow athlete Joelle Packard of Maryland. Joelle is 14 years old and part of Cheer For LA2015. This is the first-ever cheerleading program at the World Games, headed by her mother, Darian. In the 47-year-old history of the Special Olympics movement, these are the first World Games to offer traditional and unified cheer teams. Daniel and Joelle Packard of Maryland who was part of Cheer for LA2015.

Despite the challenges of being diagnosed with Williams syndrome, Joelle loves people and she loves cheerleading with the Washington, D.C.,-based Joy Cheer team.

The moment I walked up to Darian and Joelle Packard, I was greeted with huge smiles. Darian and Joelle have been longtime admirers and listeners of my podcast, “Special Chronicles,” and it was so gratifying to meet them in person.

“People with special attributes are angels and they let us know the way we are to see the world and how we are to respond to the world and to see its beauty and not imperfections,” said Darian.

Another amazing athlete is Brittany Tregarthen. Brittany is a powerlifter from Alaska on Special Olympics USA. At these 2015 World Games, Brittany won multiple medals.

When she is not competing, Brittany writes articles for her local newspaper. Similar to Brittany, I too write for my local newspaper, The Bugle, as well as the Enterprise and Sentinel newspapers.

While attending a press conference, I met my friend Dustin Plunkett of Southern California. Dustin is one of Special Olympics’ most prominent representatives, being the first Special Olympics athlete to work as a commentator on ESPN.  ESPN’s coverage is the first-ever coverage by an international broadcast network. “I hope that ESPN will take the lead and challenge every broadcast news station to hire someone with a disability as reporter, as an anchor,” said Plunkett, adding that he knows of other Special Olympics athletes who are capable of filling this role.

Janet Froetscher, CEO of Special Olympics, announced that members of the media and attendees would have the opportunity to meet athletes on all ranges of the spectrum, meaning those with invisible or visible disabilities.

At another press conference, Special Olympics Health programs announced that the Golisano Foundation gave them $25 million to help athletes across the world stay healthy. This donation was the largest amount given by Golisano to any organization.

Another big announcement – this one by Maria Shriver, journalist and daughter of Special Olympics’ founder Eunice Kennedy Shriver – is a new program from the Shriver Report, entitled “Insight Into Intellectual Disabilities in the 21st Century.”

Shriver discussed the campaign, called “PLAY – Let’s Change The Game.”  Its mission is to encourage all people to play, learn, accept and say “yes” together. The goal is to change the world to have common ground among people of all abilities.

On our first day at the World Games and after receiving our media credentials, Daniel Hayes, my personal assistant and a Knights of Columbus member, accompanied me to the Special Olympics Social Impact Summit.  While at the Summit, led by Generation Unified and Tim Shriver Jr., I ran into many people I knew. One encounter was with Danielle Liebl of Minnesota.  Danielle, a fellow athlete, founded the nonprofit advocacy organization, DIFFERbilities.

One of the newest experiences at Special Olympics is the opportunity to “play unified,” a chance for people with and without intellectual disabilities to play on the same team. Under the legacy of their grandmother, Eunice Kennedy Shriver, Sam and Caroline Shriver (shown with Daniel at top of page) were looking forward to participate themselves in Unified Sports at the World Games.

“It’s really fun for everyone to participate – people with disabilities and without, every sport across every nation,” said Sam Shriver.  “It’s the best.”

On July 25, I received a surprise that came during the kickoff of the World Games. I was among the press down on the field at the L.A. Memorial Coliseum. This was a complete honor, as a Special Olympics athlete, podcaster and journalist. I was honored to celebrate with my fellow athletes on the global stage.

I will truly cherish all these friendships and memories. Special Olympics World Games is like a family reunion for participants, staff, volunteers and sponsors. We share our joy and empower those of us with and without special needs.

Listen to my unique podcast coverage on at www.SpecialChronicles.com/LA2015.

Daniel Smrokowski is an Athlete and Global Messenger with Special Olympics Illinois on the Southeast Association for Special Parks and Recreation team. Daniel was born three-and-a-third months premature and diagnosed with learning disabilities and a severe language disorder. He is the founder of Special Chronicles nonprofit new media company, a pioneering network that gives respect and voice to people with special needs. Join Daniel at SpecialChronicles.com.