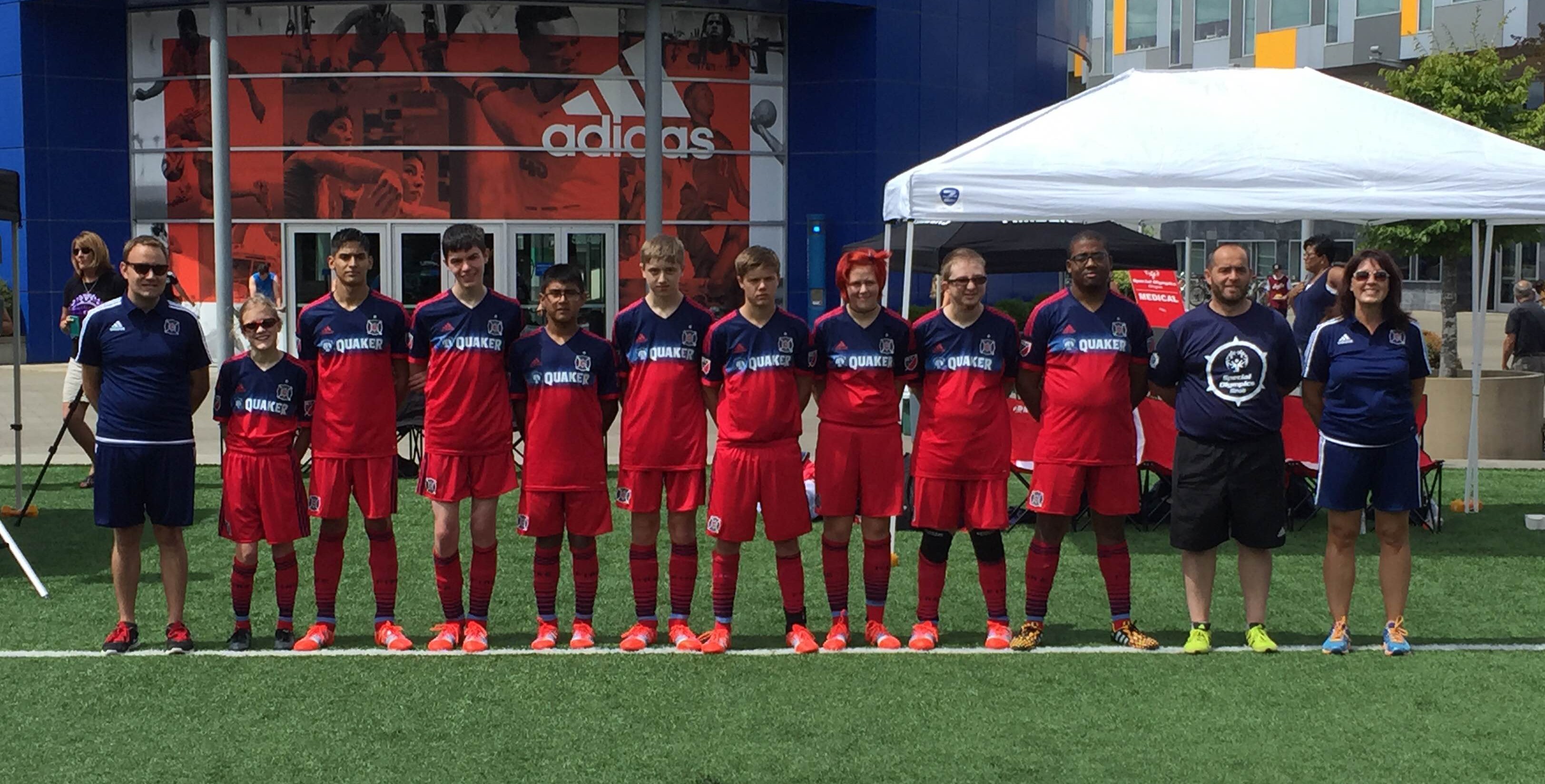 Earlier this month, the Chicago Fire Unified Soccer All-Star Team had the opportunity of a lifetime. What began with tryouts in April turned into an unforgettable experience for the athletes, Unified Partners, coaching staff and more. The team traveled alongside the Chicago Fire first team to Portland, Ore., where they competed against the Special Olympics Oregon Timbers Unified All-Star Team on Aug. 6. Uniformed identical to the Chicago Fire, the all-stars were treated like first-class athletes.

This was not the first time the All-Star Team interacted with the Chicago Fire players. In fact, the Chicago Fire took the field with the All-Stars at their last practice before departing for Portland. Afterwards, while the teams ate lunch together, they bonded over their love of video games, music and, of course, soccer.

In Portland, the All-Star Team stayed at luxury hotel, The Nines, and competed in world-class facilities. After competition finished, the team shopped in the Adidas employee store, and the following morning spent the day at both International Rose Test Garden and the Portland Japanese Garden before getting to know the Special Olympics Oregon/Portland Timbers team at the Bite of Oregon, an event similar to the Taste of Chicago.

Later that afternoon, the All-Stars were back to soccer. Special Olympics Oregon and Special Olympics Illinois played a shortened game prior to the first team match at Providence Park. Despite tremendous effort, the Chicago Fire Unified All-Star Team lost 3-2. Athlete Ryan McDonough and Unified Partner Jared Hoekstra scored the two goals. Post-goal, Ryan exclaimed, “I am the coolest guy in the world.” “I have been lucky enough to experience a lot of great memories with Special Olympics over the years,” said Jennifer Marcello, Special Olympics Illinois Director of Young Athletes. “However, standing on the pitch and watching our athletes and partners play in front of an army of opponents was truly an experience,” “They handled it with dignity and pride.”

“What truly impacted me,” Marcello continued, “was when I looked over to the sideline and noticed that the entire first team, including coaches for the Chicago Fire, standing there cheering them on. That is something I will never forget!”

“Our athletes had a once in a lifetime experience,” said team assistant coach Julie Phelan. “I am very proud and grateful to have been a part of such a great partnership between Special Olympics Illinois and the Chicago Fire.” She continued, “To witness firsthand the happiness and joy that these athletes had was amazing.”

“This partnership with the Chicago Fire is more than a professional sports team saying they are willing to help Special Olympics. The players, coaches, staff and fans have given our athletes a world-class experience on multiple levels,” said Marcello. “They go above and beyond the parameters of partnership and have included Special Olympics into their culture, we are grateful for their willingness to consistently support the amazing athletes of Special Olympics Illinois.”