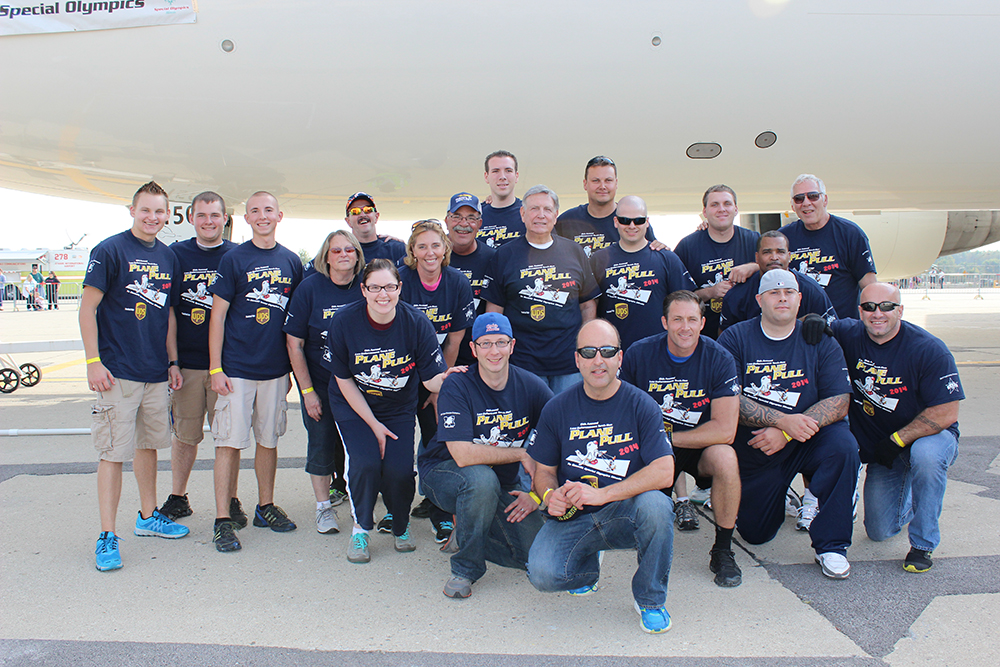 This year, the Lake County Sheriff’s Plane Pullers team will be involved for its 7th year with the Special Olympics Illinois Plane Pull on Sept. 19 at O’Hare International Airport. Plane Pullers team – made up of deputies, correction officers, court security deputies, staff members, Explorers, family and friends – became involved in 2009 when the Plane Pull was first being held at the DuPage Airport. And, they haven’t been able to stop pulling for Special Olympics.

The Lake County Sheriff’s Plane Pullers were proud to finish in first place in the Public Safety Division for 2014. The team plans to return with the same driving force and defend their title this year.

To new teams participating in the Plane Pull, McNichol says “have fun and don’t be intimidated by the size of the plane!” He also recommends telling everyone what you are doing and why to help fundraising. “You will be amazed as to how much support you will get for this event,” says McNichol.

The team looks forward to participating this year and in future years to come. “The Plane Pull builds a solid bond for all the team members in which we all strive to support such a great cause,” says McNichol.