8,000 Duckies Race for the Finish Line at DuQuoin State Fair 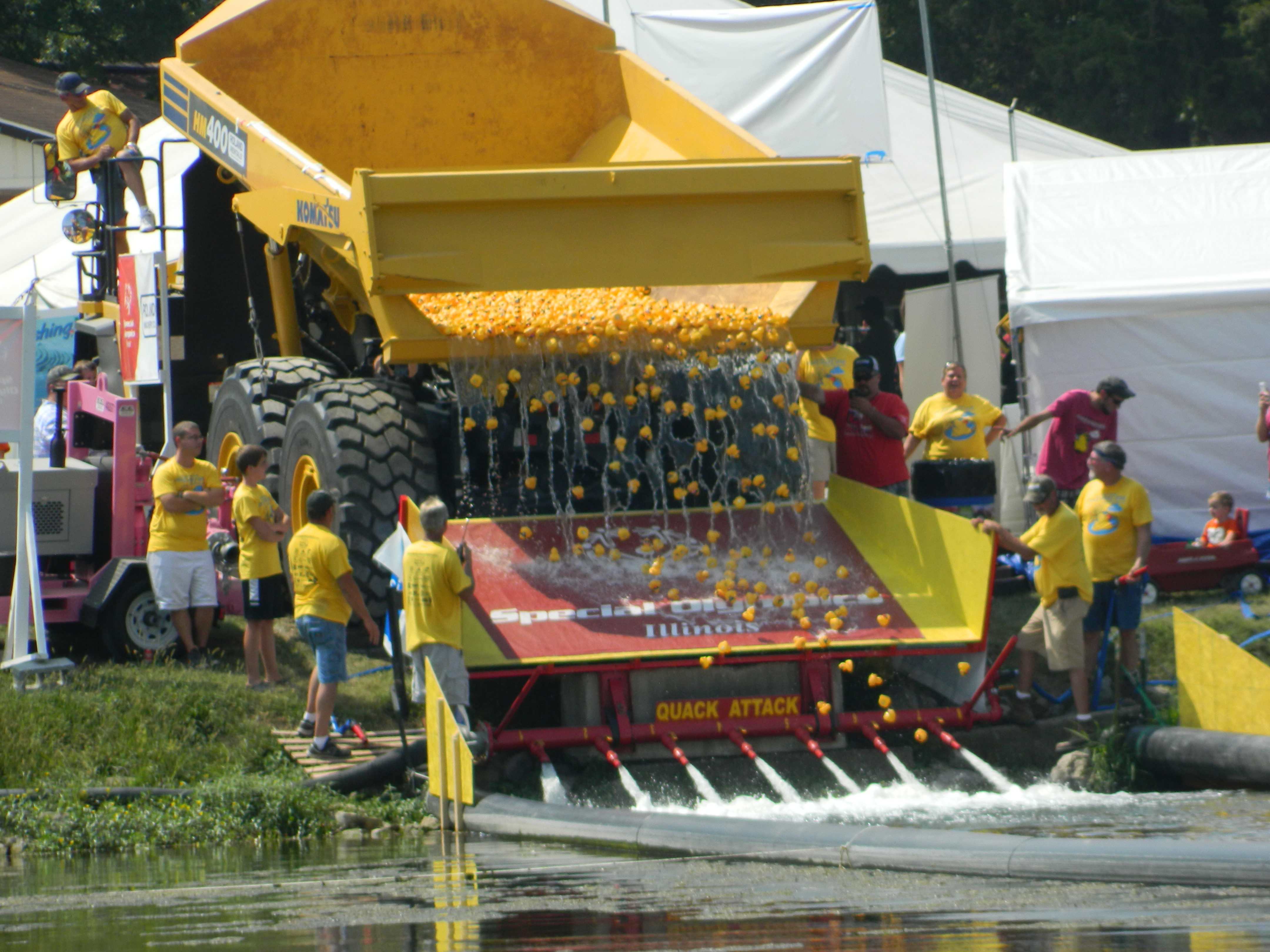 Eight thousand rubber duckies swam for the finish line on Sept. 6 at the Southern Illinois Ducky Derby Dash at the DuQuoin State Fair. The inaugural event raised about $40,000 for Special Olympics in Southern Illinois. Duck Ambassador and Special Olympics athlete John Henley of Marion accompanied Gov. Bruce Rauner in a boat as the governor dropped the flag to signal the start of the race. A cascade of duckies flowed from a dump truck into a pond behind the fair’s Expo Hall and began swimming for the finish line. Area 15 volunteers Bill Asbury and Billy Mathis created the pump and jet spray system that helped move the ducks along their route.

Ducks were available for adoption for $5. “We were thrilled to sell all of the 8,000 ducks we had on hand and think that we could sell twice that many next year now that people have experienced the Ducky Derby Dash in Southern Illinois,” said Area Director Paul Melzer. “I would like to give a special thanks to the Asbury family, the Mathis family, SIU Softball, SI HotRodders, Lightning Bolts, all our volunteers, our sales teams, our sponsors and all those involved in making the inaugural Southern Illinois Ducky Derby Dash a huge success. We look forward to partnering with the DuQuoin State Fair again for next year’s Ducky Derby Dash.”