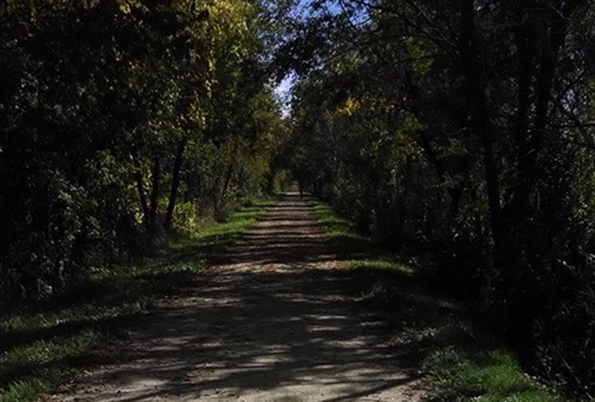 This event draws a mix of biking enthusiasts, families and athletes. A bike reflects a shadow on the trail of Pumpkin Pedal

Ginny Luptak has been participating in the Pumpkin Pedal for six years individually and this year she brought a group.

“I remember when getting my driver’s license saying I would never give up the biking since I loved the nature, adventure and challenges,” recalls Ginny.

Ginny has been working with Lambs Farm for 10 years now and has been actively involved with Special Olympics since 2003. When asked what she likes best about supporting Special Olympics, Ginny said “The smile on their faces says everything.”

The Kaman Family was another group of participants in this year’s Pumpkin Pedal. Matthew Kaman, right, with a teammate at powerlifting

Matthew Kaman, 36, has participated in Special Olympics for 28 years and has enjoyed many sports over the years. Currently Matthew competes in powerlifting, golf and bowling. Matthew is also a Global Messenger and previously served a three-year term on the Special Olympics Illinois Board of Directors. He was joined by his mother and father, Beverly and Bill, as well as several other family members.

About her son’s involvement, Beverly says, “He loves everything about Special Olympics, but will tell people that it’s the friends he has made, and the opportunity to continue these friendships that means the most to him.”