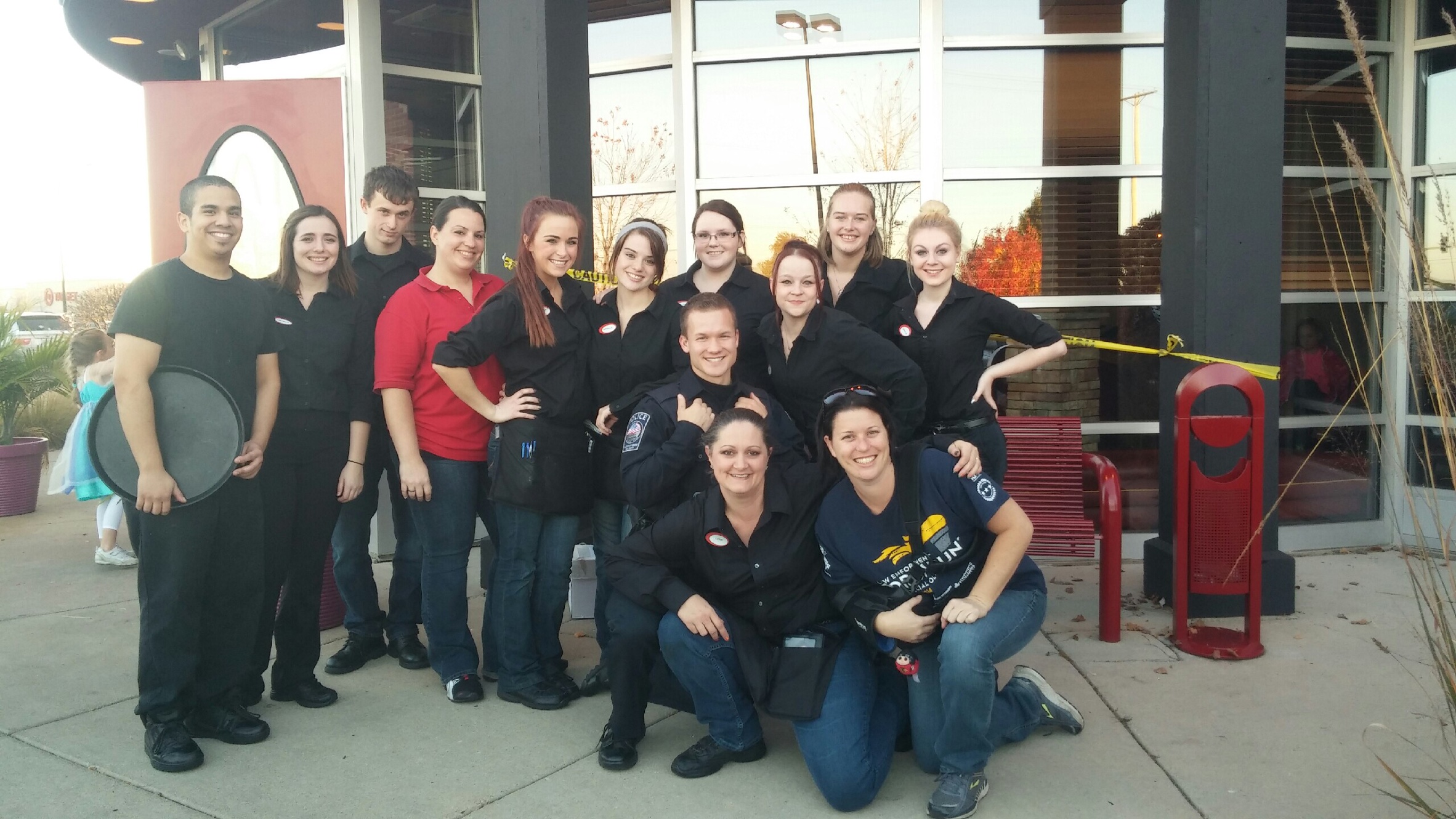 Local police departments across the state will trade in their badges for aprons on Saturday, Oct. 24. That day, 18 local Red Robin restaurants will host Tip-A-Cop fundraisers with the Law Enforcement Torch Run for Special Olympics Illinois.

Officers will be waiting tables, collecting “tips” and selling Torch Run merchandise from 11 a.m.-3 p.m. and 4-8 p.m. The Edwardsville location will host their Tip-A-Cop event on Saturday, Oct. 17.

During the Red Robin event, patrons are served food by officers in uniform and are encouraged to leave a “tip” for the officers in a LETR envelope that is donated to Special Olympics Illinois. “It is a good way for the department to interact with the public,” said Schenk. “The more interaction and raising awareness we can do, the better.”

The Red Robin event has continued to grow and raise more money each year. Over the past 9 years, the Tip-A-Cop has raised about $140,000 in Illinois. In its first year, Lockport PD raised $1,900 at the Red Robin event. “We had a few businesses who gave nice donations. They had donated previously and wanted to make sure the organization got their money.”

For other departments new to the Red Robin Tip-A-Cop event, Schenk has this advice: “Call the restaurant manager beforehand (to build a rapport), show up early, have plenty of LETR merchandise on hand (to sell), have a good time with the customers and sit down with them (to explain the purpose of the fundraiser).”