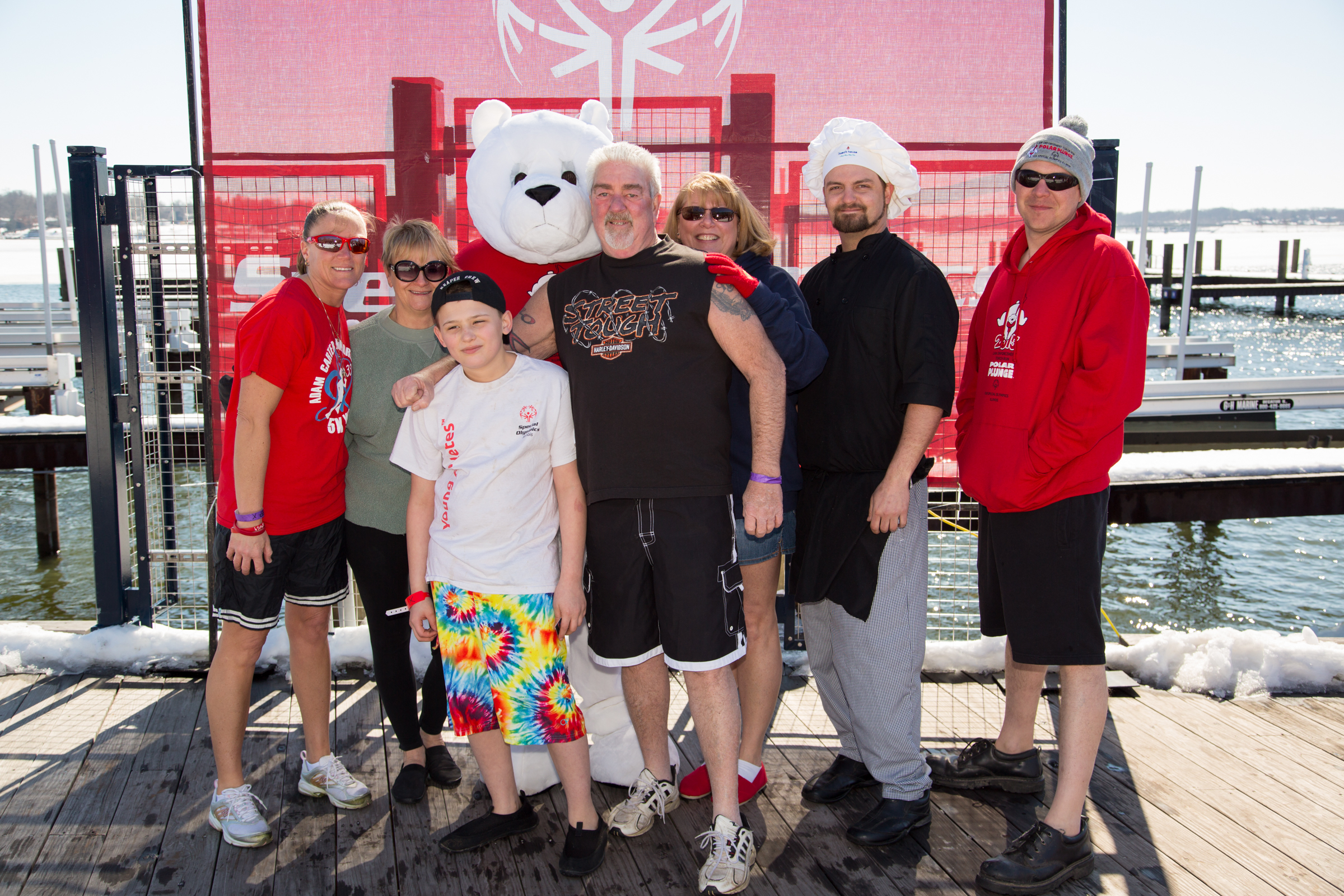 Courtney Lindsey and her father, Steve, have been participating in the Decatur Polar Plunge for 13 years together. The annual Plunge has created a special bond between the two.

Lindsey originally heard about the Polar Plunge on television and thought it would be a great event to participate in. Her father joined her after two years. Lindsey’s best friend, Stacey, joined the team four years ago. Courtney Lindsey, far left, and her father Steve enter the water at the Decatur Polar Plunge

Lindsey’s father has shown himself to be just as dedicated to the Polar Plunge as she is. He only missed one Plunge over the 13 years because he had a hip replacement a few weeks before. Last year, Steve plunged after finishing his 35th round of radiation just two weeks before.

Her father, who lives in Chatham and Cape Coral, Florida, comes to Decatur to plunge with his daughter. “He will do this with me until the doctors tell him he can’t,” says Lindsey. “He is a wonderful, caring and loving man!”

Over the course of 15 years, Lindsey and her team have raised more than $10,000. Lindsey receives most of her donations through businesses that have donated every year, the St. Mary’s Hospital community, and several family members.

Lindsey has worn costumes a few times. She now she has shirts made for the team with sponsor recognition on the back.

“I love everything about it!” said Lindsey. “The fundraiser keeps growing every year and I think that is so awesome!” How does Lindsey and her team warm up after the Plunge? “I start my car and leave it running with the heat on high just before I plunge,” she says. “My clothes are always nice and toasty when I put them on.”

Lindsey has always said “I get in the water for seconds and freeze, but I will warm up in minutes.” The team understands that this a small challenge compared to the challenges adults and children with intellectual disabilities face daily.

What keeps the father-daughter duo coming back year after year to plunge? “The smiles on the faces of the Special Olympics athletes says it all,” said Lindsey, who encourages everyone to do the Plunge at least once.

The team will be plunging again this year at noon Saturday, March 5, at The Beach House at Nelson Park in Decatur.

If you are interested in joining the Courtney and Steve at the Decatur Plunge or want to plunge at any of Illinois’ 21 locations, visit PlungeIllinois.com.