Thanking State Leaders for Their Support at SOILL Capitol Day 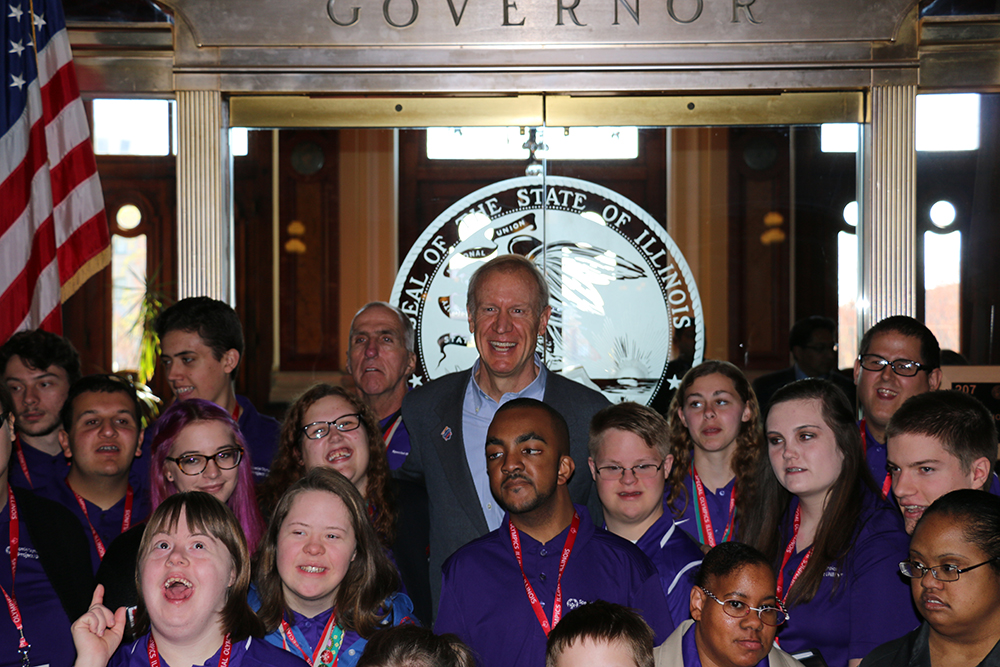 More than 100 members of the Special Olympics Illinois family converged on Springfield on Wednesday, April 13, to visit our legislators at the Capitol to thank them for their support of various initiatives that benefit the organization. 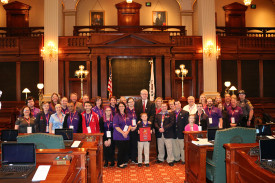 Rep. Jim Durkin meets with Special Olympics Illinois visitors on the floor of the State House of Representatives

Separated into nine groups, the SOILL delegation visited with their local legislators, and leading members of the Illinois House and Senate and Gov. Bruce Rauner. They presented plaques of appreciation to those who had been instrumental in the passage of legislation concerning the Special Olympics Lottery ticket and Illinois tax checkoff fund. In addition, athletes invited their local leaders to attend the upcoming Spring Games. 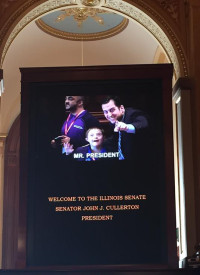 Jack Klawitter appears on the screen of the Senate identified as “Mr. President” with Sen. Michael Hastings

While many meetings took place in legislators’ private offices, some visitors got an upgrade in location. Rep. Jim Durkin of Burr Ridge surprised the two groups meeting with him by taking them onto the House floor, posing for a group shot with all. Athlete Jack Klawitter and Youth Activation Committee members Brandon Davis of Hazel Crest and Gianmarco Petrelli of Chicago Heights met with Sen. Michael Hastings who took them onto the Senate floor and even let them sit in the President of the Illinois Senate’s seat!

Athlete Jimmy Peterlich of Charleston received a unique offer when meeting with Rep. Reginald Phillips. Phillips, who owns two BBQ restaurants in Charleston, offered Jimmy the job of Manager for a Day at one of the restaurants later this year. Jimmy’s mother, Colleen, hoped the opportunity could lead to a job for her son in the future.

Global Messenger Erin Compton of Clarendon Hills was in Springfield with her parents as a Page for a Day through the Miss Amazing pageant circuit and joined the SOILL delegation for some meetings and posed for a picture with the governor. 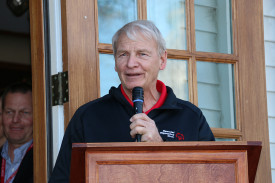 The day ended at the Pasfield House Inn with a reception celebrating the day. SOILL board member John Penn’s Midwest Region of LiUNA (Laborers International Union of North America) was Gold Medal Sponsor of the reception.

Special Olympics athletes were wildly popular with all who had a chance to meet them in Springfield. Relationships were built and strengthened with many of our state’s leaders and the day was a resounding success. “I can count on one hand the number of times an organization has been able to meet with the top five leaders of the state in one day,” said lobbyist Walters, in summing up the success of the day. View photos of the day.