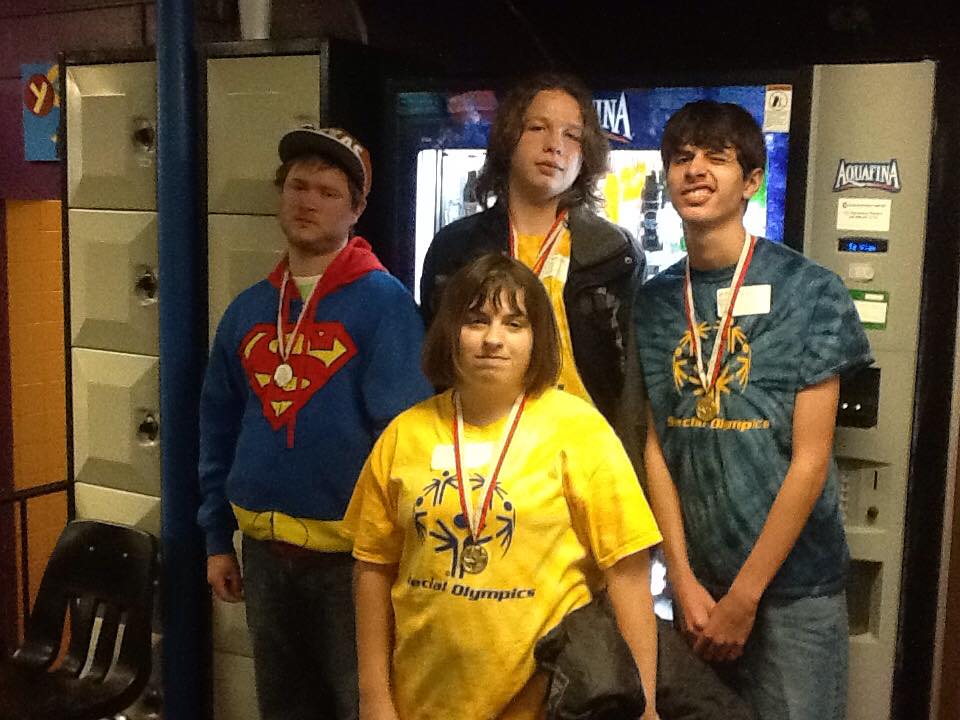 For the first time, Special Olympics Illinois Eastern Central/Area 9 recognized a coach with an award which recognizing the coach’s outstanding leadership abilities, volunteerism and dedication to Special Olympics sports programs at Spring Games. 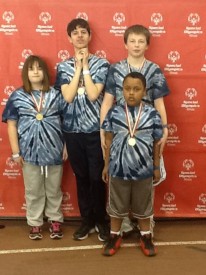 The Area 9 Coach of the Year award was presented to Terry Prasun, head Special Olympics coach of the Windsor Schools team.

“The decision as to which of the 82 head coaches in the Area should win the inaugural Coach of the Year award was not an easy decision by any means,” said Vanessa Duncan, Area Director. “This decision was most difficult because of the many superstar coaches that lead, train, and love our Special Olympics Area 9 athletes.”

Prasun is an admired coach who trains her athletes in four sports throughout the year, including athletics (track & field), bocce, basketball and bowling (team pictured at top of page).  The practice seasons of these four sports require Prasun to commit countless unpaid volunteer hours for her Special Olympics team, including during summer months when she takes her athletes to Summer Games and weekly bowling practices, despite being on vacation from her school district job.

When athletes from Windsor Schools are eligible to advance to another level of competition for a particular sport, Prasun ensures that those athletes can attend, even if that means she pays out of pocket for those travel costs.  Undoubtedly, Prasun does so much for her Special Olympics athletes of Windsor Schools. 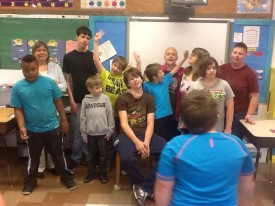 Prasun is not only a great coach, but she is also a valuable support for Special Olympics Illinois East Central/Area 9.  Every January, Prasun hosts one of the Area 9 Individual Basketball Skills competitions, making sure to coordinate lunches for the athletes and recruit the volunteers for the day, which is essential to the functioning of any Special Olympics event.  Prasun has provided volunteer support at the Area 9 Bocce Sports Day and continually encourages peer partners to get involved in Unified Sports, like bocce.

East Central/Area 9 is so very fortunate to have Terry Prasun as a head coach because any Area Director knows that behind every great athlete is an even more amazing coach.  “Congratulations and recognition of accomplishment to Terry Prasun, 2016 Area 9 Coach of the Year, for all of her hard work, dedication to her athletes, her love of sports and leadership abilities earning her this award,” said Duncan.