‘It Makes Your Heart Sing’ 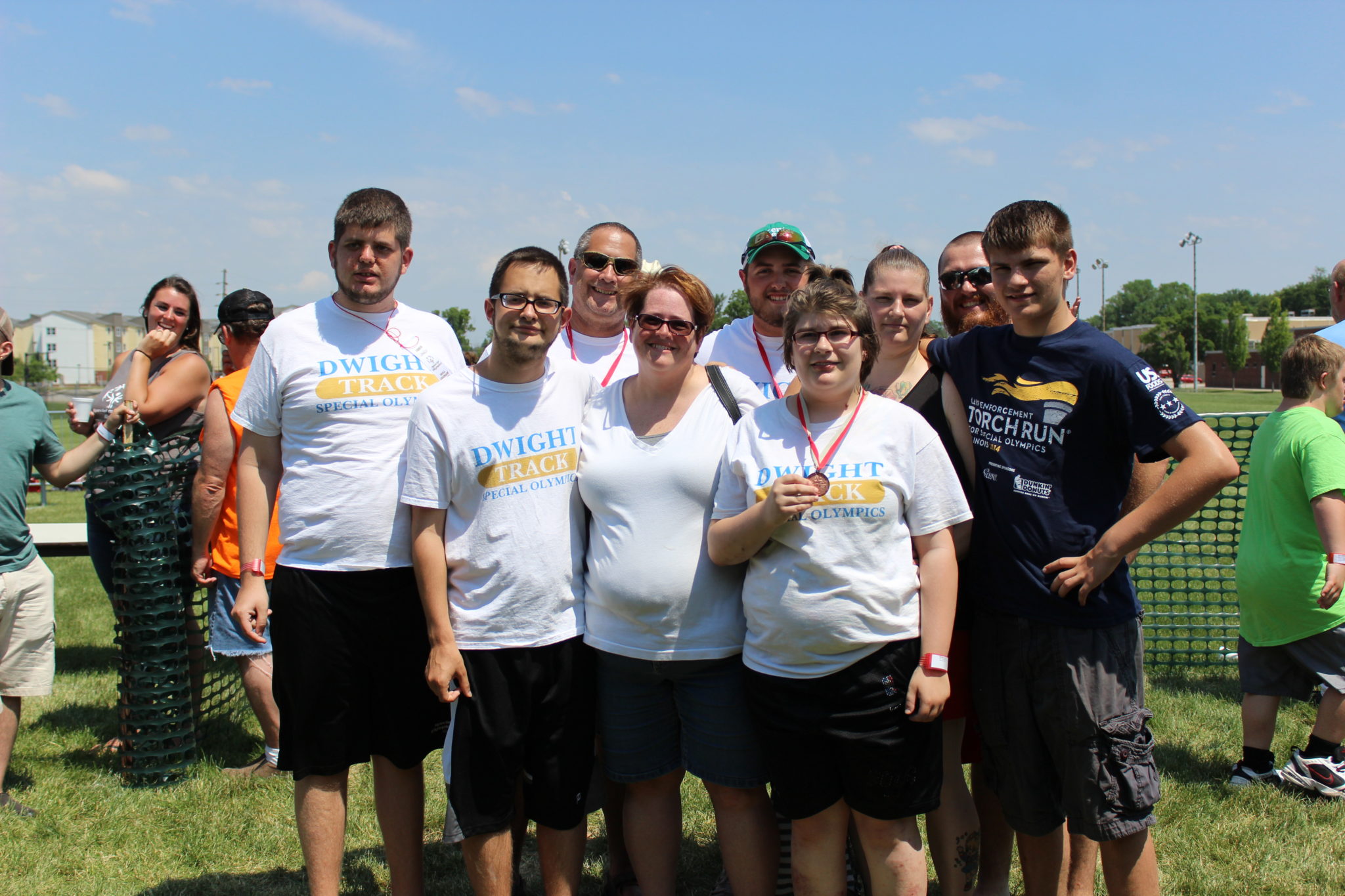 Republished with permission of The Pantagraph, Bloomington, Ill.

NORMAL — Not even a searing sun, baking the Illinois State University athletic fields in 90-degree heat, could melt the smiles from the faces of some 4,000 athletes participating this weekend in the Special Olympics Illinois Summer Games. 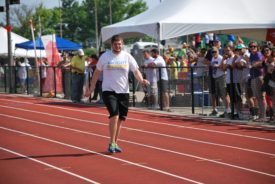 They included the smiles that Paula Krischel of Dwight knew would come to her sons Mason, 21, and Adin, 16, when she and two other residents of the Livingston County community recently banded together to form a Special Olympics team in Dwight.

“It makes your heart sing,” said Krischel, amid a throng of athletes, coaches and volunteers at Horton Field House as the Games got underway Friday, June 10.  “It’s so amazing to watch all of these kids participate.

“It’s not really the competitive part of it. It’s just watching these kids trying to do their best and having fun doing it. They’re so innocent, so loving and they’re out there having fun.”

The parents have their share of fun, as well. That included Shelley Peck as she watched her daughter Taylor, 13, participate in the 100-meter walk on the ISU track.

“I was really into it,” said Peck. “I was excited for Taylor to get to compete today. She gets really nervous, so we just cheer her on and let her know it’s all about having a good time.” 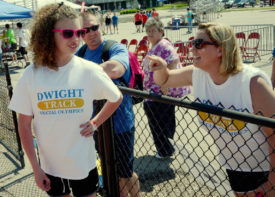 The team has been three years in the making and on its own for just the past year.

“I feel like there’s not really a lot out there as far as high schools go for the special needs kids,” Krischel said of starting the team in Dwight. “There’s a need for those who want to participate and want to do sports that the kids in high school can do.

“Special Olympics is the best organization to get that accomplished, to let them have that feeling of confidence and self-worth and to meet people and build a bond with the teammates that they have.”

That bond extends to the families as well. 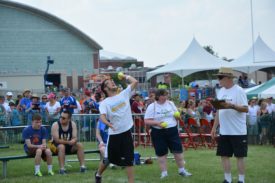 “It was nice to meet parents that walk the same walk that we do in life with our kids,” said Peck. “We try to do a lot of get-togethers. The kids have fun together and they like each other. We do Dairy Queen trips on the fly and stuff like that.”

The women have devoted a lot of hours and expense to get the Dwight team established.

“It started from scratch, but we’re getting there and hopefully we can build and allow other people from Livingston County to join us,” Krischel said. “There’s lots and lots of paperwork. I’m a stay-at-home mom, so I can do a lot of it during the day.”

“We take lots of trips to Bloomington for meetings every month,” Peck said. “We just finished coaches’ training at Millikin University in Decatur last weekend.”

The paperwork, meetings and training all came to fruition when the team joined others from across the state for this weekend’s Summer Games, which continue through Sunday. 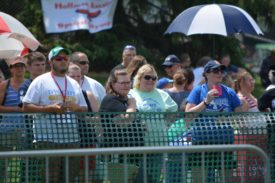 “Even the strangers here are like family because there’s a lot of love out there,” said Krischel. “It’s a feeling of connection with all of these kids. I want to continue to get more and more involved, to branch out. I’m really excited and I can’t wait to see where we go from here.”

Peck, too, is determined to see the Dwight program grow.

“It’s great for children like Taylor and other people with intellectual disabilities to be a part of something as big as this,” she said. “They feel special, they feel important, they feel like they are the top, number one athlete. They’re happy to be here and it’s an awesome feeling to be a part of it.”