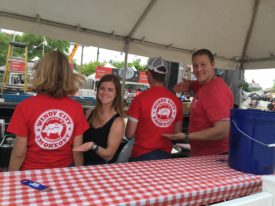 Attendees tasted offerings from some of the best BBQ talent and craft breweries from around the nation. But the highlight for most, was enjoying some of country music’s biggest names. Old Dominion, Billy Currington, Big & Rich, Chase Rice and Maren Morris were among the performers at the weekend festival. 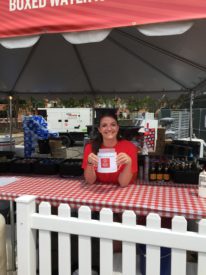 “Windy City Smokeout is the absolute highlight of the summer for anyone who loves BBQ, craft beer or country music,” said Kathy McLaughin, SOILL Director of Development. “The festival is so fun and so friendly for everyone who attends. And the weather couldn’t have been more cooperative. We are so grateful for the relationship with Bub City and Joe’s Bar. But none of this would be possible without the continued awesome of Special Olympics Illinois volunteers!” 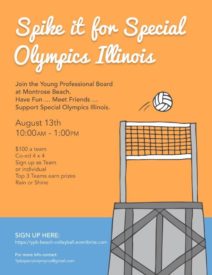 Mark Oles, member of the YPB Executive Committee has organized YPB Beach Volleyball which will be held on Aug. 13 at Montrose Beach in Chicago. “The purpose is to raise funds to support Chicago athletes, but we always look for a fun way to do it. We are excited to host a beach volleyball event and hoping for a great turnout and great weather.”

Teams or individuals should register online for the co-ed 4-a-side tournament.

Key Volunteers – We Couldn’t Do It Without You!

SOILL Chicago/Area 3 would like to send a special thank you to three of our Key Volunteers who have dedicated their time and talents to the program this year. “These volunteers add so much value to both our office and Area 3 program,” said Jacquelin Kogut-Marks, Manager of Sports, Training & Education for Area 3. “We can’t express enough how grateful we are for their time, passion and endless support. We are truly thankful for all that Maureen, Mari and Ian have done for us and the athletes of Area 3.” 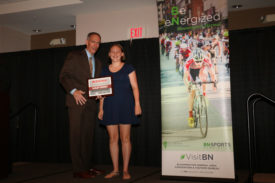 The banquet recognized outstanding scholar athletes, coaches, teams, and others in McLean County for their achievements on and off the field. The banquet featured a speech by Special Olympics Illinois Global Messenger Drew White. 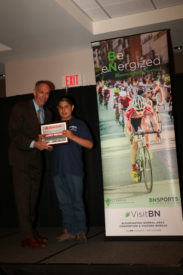 Awards given include Special Olympics Female and Male Athlete of the Year. This year’s finalists were:

“Sing” Your Heart Out at Lip Sync Battle

Athlete Raises the Bar as Restaurant’s Manager for a Day

For many high school seniors and juniors, the thoughts of “what comes after high school?” occur often, and Jimmy Peterlich of Charleston High School is no different from his peers in that he too is considering his future endeavors. At his home, Jimmy often would create and write 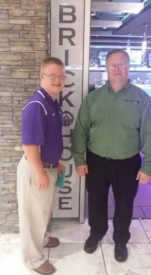 restaurant menus, which steadily grew to a passion for owning and managing a restaurant someday. Thanks to his family and some legislative support, Jimmy’s dream of learning restaurant management and working with customers was more of a reality on his horizon than expected.

In April, Jimmy and several other Global Messengers and Family Ambassadors attended the Special Olympics Illinois Capitol Day in Springfield to help raise awareness for individuals with special needs and their abilities to thrive, make friendships, be involved with their communities, learn sports, and compete like other athletes. Jimmy, a gold medal winner in basketball, athletics (track & field) and bowling, has been serving as a liaison and Global Messenger for SOILL since his early childhood.

While at the State Capital in Springfield, Jimmy and his mother, Colleen Peterlich, met with Illinois State Sen. Dale Righter and Rep. Reggie Phillips and expressed his passion to own and operate a restaurant someday. Hearing Jimmy’s passion and drive for his future endeavors, Rep. Phillips, a restaurant owner in the Charleston area, offered Jimmy a “Manager for a Day” experience to better understand the intricacies of restaurant management. Read More 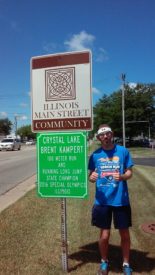 Brent competed in the 2016 Special Olympics Illinois State Summer Games where he took first place in both the long jump and 100-meter run.

The City Council adopted a resolution at their meeting on June 21 to honor Brent stating, “The City of Crystal Lake is proud and honored to have a resident like Brent represent the City in athletic competitions across the State.”

Crystal Lake, like many cities, offers a Championship Signs Program that recognizes individuals or teams from the community who have won State championships. They awarded Brent with several signs placed around Central High School where he graduated high school and along Route 14 throughout Crystal Lake. These signs will be up for one year.

Congratulations to Brent Kampert on his accomplishments! Thank you to Crystal Lake for supporting Special Olympics Illinois.