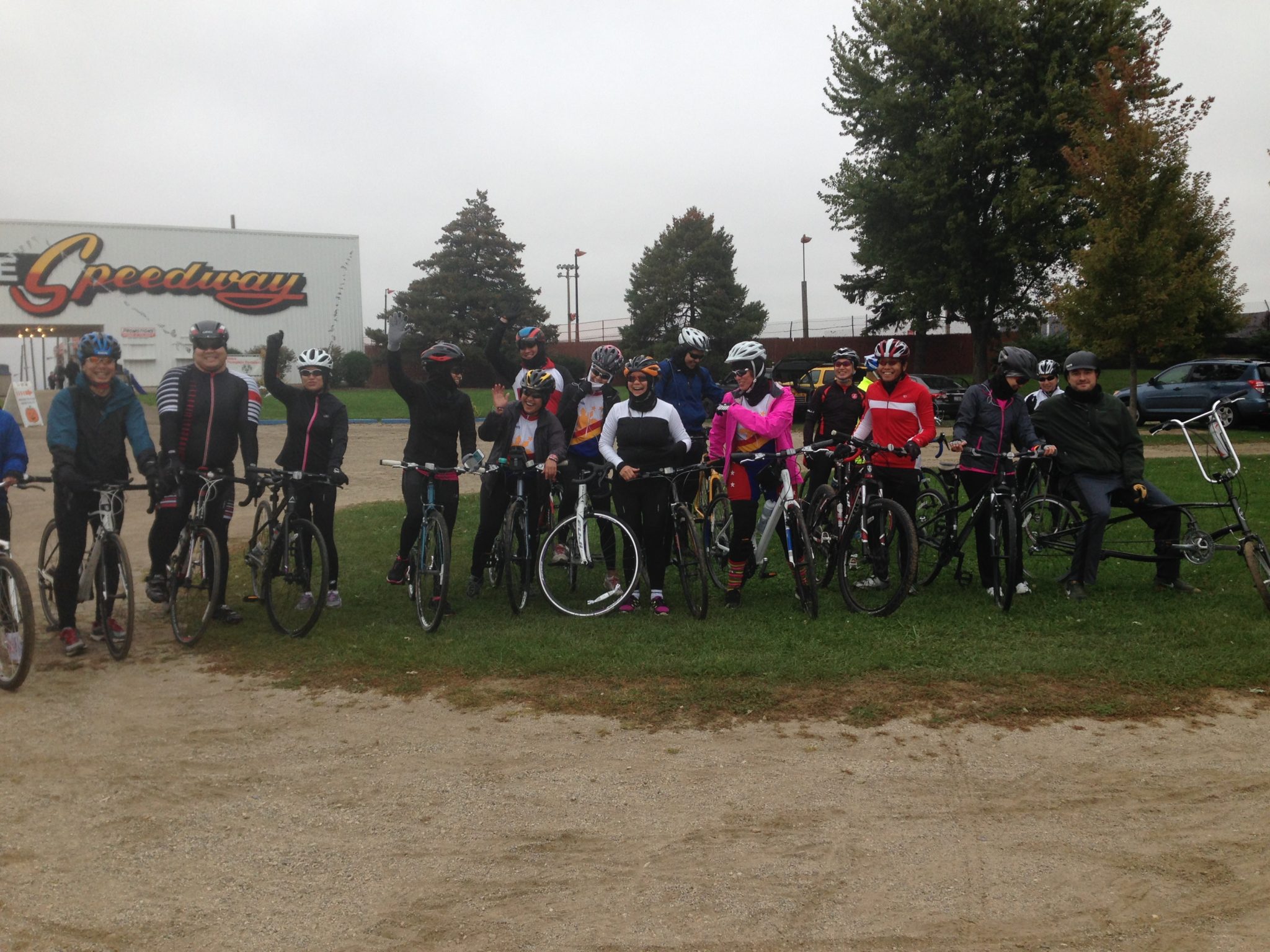 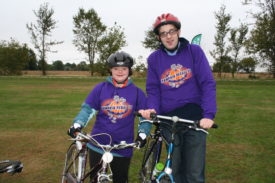 Ginny Luptak, a coach at Lambs Farm in Libertyville, has participated in the ride for seven years. She likes “anything outdoors,” adding the Pumpkin Pedal is “very relaxing and an easy de-stresser. It’s a great way to take in nature and get away from technology.”

In exchange for a $30 fee, Pumpkin Pedal riders get a T-shirt, free small pumpkin and post-ride meal of “sloppy Dan’s” provided by Special Olympics athlete Danny James and his parents, Don and Judy.

The Pumpkin Pedal began at Delnor Hospital that first year, but throughout the years, the event had to keep moving farther west to avoid increasing traffic, said Amy Kaylor, Far West Suburban Area Director. This year will be the second for the event to start at the Sycamore Speedway in Maple Park.

Don Williams of St. Charles has ridden in the Pumpkin Pedal every year since it began and has done the road race, but shifted to the trail ride over the last few years. He believes the current location out of the speedway is the best and enjoys “getting out west on the country roads where there’s not much traffic.”

Williams says the event is very well organized with good rest stops. “It’s a very friendly, family atmosphere. After you finish the ride, you can sit down, enjoy a meal with others and talk about the ride.”

Hal Honeyman of the Bike Rack in St. Charles has been a part of the event since the beginning by providing technical support. Also involved for nearly as long has been Rex Bohn of Bohn Illustrations who designs the T-shirts. “Everyone looks forward to seeing the new T-shirt design each year,” said Kaylor.