Athlete: Change Can Be Scary, But Brings Rewards 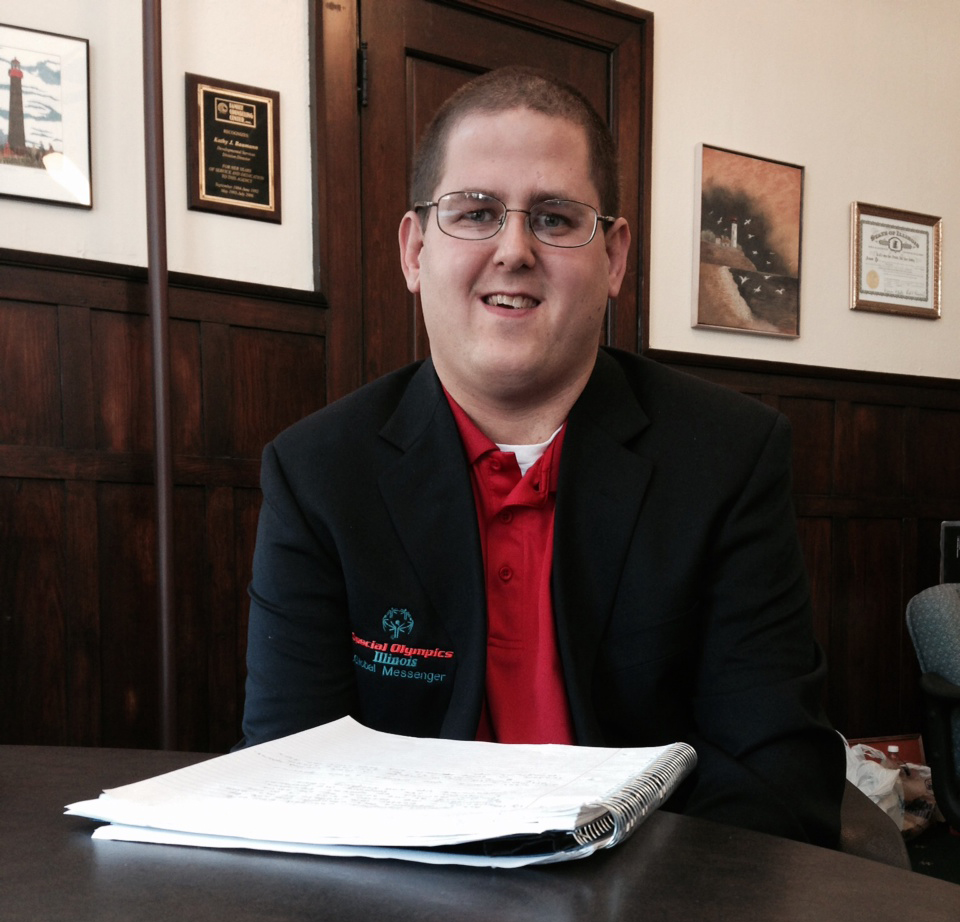 By Eric Baumann of Vienna. A Special Olympics Illinois athlete and member of Board of Directors, Eric spoke to SOILL staff and board members at a meeting on Oct. 5, 2016

“I’ve been a Special Olympics athlete since I was 8 years old. I have earned more than 134 medals (in Illinois) and 1 silver World Games medal. I participate in 8 different athletic events and have traveled to compete at the local level, state level, once out of state and even to the World Games in Ireland. 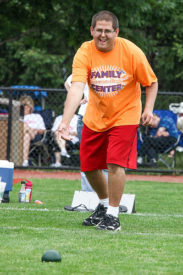 But, what you may not know is that I have participated with many different agencies during my 21 years as being a Special Olympics athlete. I started doing one sport – track and field – at Family Counseling Center. From there, I did things with them and with START. As I grew older, I wanted to do team sports and through my family and friends, I was able to find a team. My dad worked at Choate Mental Health Center and asked a coach if I could join the basketball team, which I did. I made friends, served as a role model and played team sports with them for three years.

My life was good – we were playing basketball, softball and even began to play flag football. Then, suddenly, my world changed in one sentence. My coach Paul informed me and my best friend Lucas that due to state budget cuts, my team would no longer be able to go and play in tournaments with Special Olympics. I was devastated. I wanted to keep playing, but with who? Would my friend Lucas get to go as well? We looked around and to find other teams we could join. So, the journey began and, let me tell you, it was very scary. I was out of my comfort zone – I had a new coach, I had new teammates, I had a different uniform and a new way of doing things.

Transitioning coaches was difficult. I had learned so much from my previous coach Paul and now I was being asked to do it a totally new way. It was still softball and basketball, but it was not the same; it was different. My teammates were different and there were times I just wanted to go back like it was. Why did this happen to me? Why did things have to change? 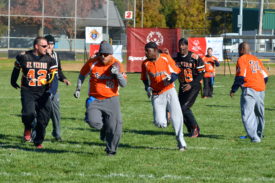 Well, here it is now three years later. Let me tell you, change was not easy. But, because of it, I have made a lot of friends, I have learned new skills and I have been able to go and do so much more as an athlete because of this change. No, I did not ask for this change, but my life has been better as a result. I love my teammates, and I even found myself an awesome girlfriend, Marisa, who I care for so much. So, you see, what I thought was going to be bad turned out OK, really OK.

As for my team, we are the Lightning Bolts of Southern Illinois and we have been a huge part of the growth of flag football in Illinois. I am excited to be a part of something new in the sports options and we are thrilled to be hosting an event later this month in Carbondale at Southern Illinois University.”

Region B Softball Teams and Skills