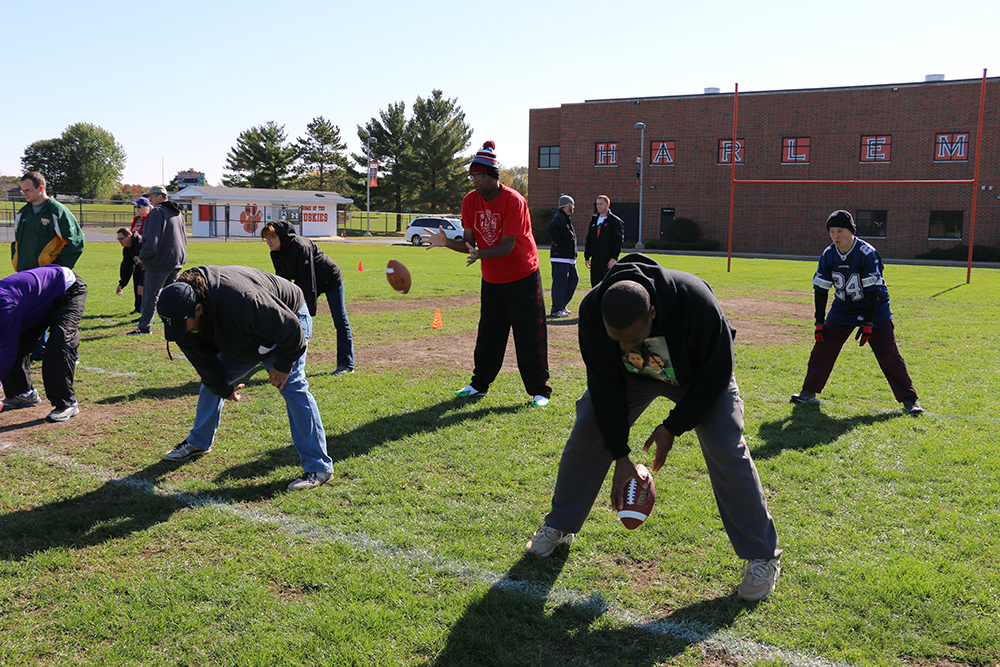 Hundreds of athletes across the state are experiencing the joy of competition as they embark on a new journey with an emerging sport. Special Olympics flag football has become widespread throughout the state of Illinois. 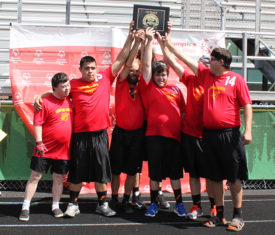 This year, Special Olympics Illinois doubled that, hosting four flag football tournaments throughout the state, and in its second year, the northern Illinois tournament saw more than 150 athletes and coaches compete from 11 different teams.

The southern Illinois tournament hosted in Southwestern/Area 12 grew from 8 teams to 17 teams competing.

In an effort to expand flag football, Special Olympics Illinois offered a flag football Certified Training School at Fall Games this year. The training included knowledge, tools and resources for starting and organizing a flag football team, as well as hands-on practice with passing, snapping, ball skills and playmaking. More than two dozen athletes and coaches became certified in the sport.

Flag football athletes compete in divisions by gender and ability levels with games consisting of 20 minute halves with a running clock.

“As we strive to offer fresh opportunities for athletic achievement, we are thrilled to see growth in the Special Olympics Illinois flag football program,” says Marty Hickman, SOILL Chief Operating Officer. “It is wonderful to watch Special Olympics athletes as they embark on a new journey with an emerging sport.”

If you are interested in learning more about flag football or about becoming certified, please contact Brianna Beers.