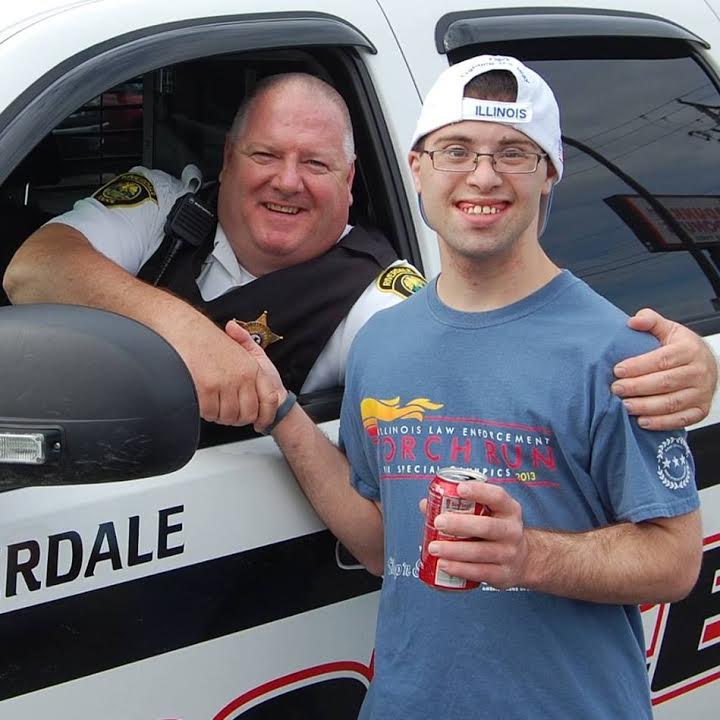 Dennis Reilly, Tinley Park Police Officer and member of the Illinois Law Enforcement Torch Run for Special Olympics, is packing his bags for an experience of a lifetime March 14th – 25th in Austria for the World Winter Games.

The Law Enforcement Torch Run® for Special Olympics is Special Olympics’ largest grass-roots fundraiser and public awareness vehicle in the world. The Final Leg Torch Run for the Special Olympics World Winter Games in Austria will consist of an international team of 131 members that includes eighty-four volunteer law enforcement officer runners, ten Special Olympics athletes, and support personnel, who together, will serve as Guardians of the Flame® as they run the Flame of Hope™ throughout Austria.

Reilly is among the Law Enforcement Torch Runners from around the world who have been chosen for their dedication and commitment to the Law Enforcement Torch Run and Special Olympics by their respective Torch Run programs. Special Olympics athletes were also selected to be a part of the Final Leg Team based on nominations received from their local programs.

“I am honored and humbled that I have been selected to represent our great state and L.E. (Law Enforcement) officers,” said Reilly when asked is thoughts about being part of the Final Leg. “This will be an experience of a lifetime and I won’t take it for granted!”

Reilly became part of the LETR in 1990 when he was handed a folder and told “here ya go, you’re our new Torch Run liaison for the department.”

He may have had an unusual start, but 27 years later, he could not be happier that he accepted that role.

“My favorite tradition is driving from town to town every year during torch run week. We travel almost 90 miles in two days going through 32 different communities,” said Reilly.  “Having strangers crying and thanking you for being there to support their Special Olympics family members is a memory I will cherish forever.”

Reilly will arrive in Austria on March 8th to meet up with his fellow law enforcement officers and Special Olympics athletes from around the world.  We can’t wait to hear all about his experience when he returns, but until then he leaves us with this – “We all can make a difference to help each other. You just have to try!”

Your Special Olympics Illinois & LETR family will be cheering you on, Dennis. Good luck!