The Sweet Sting of Support 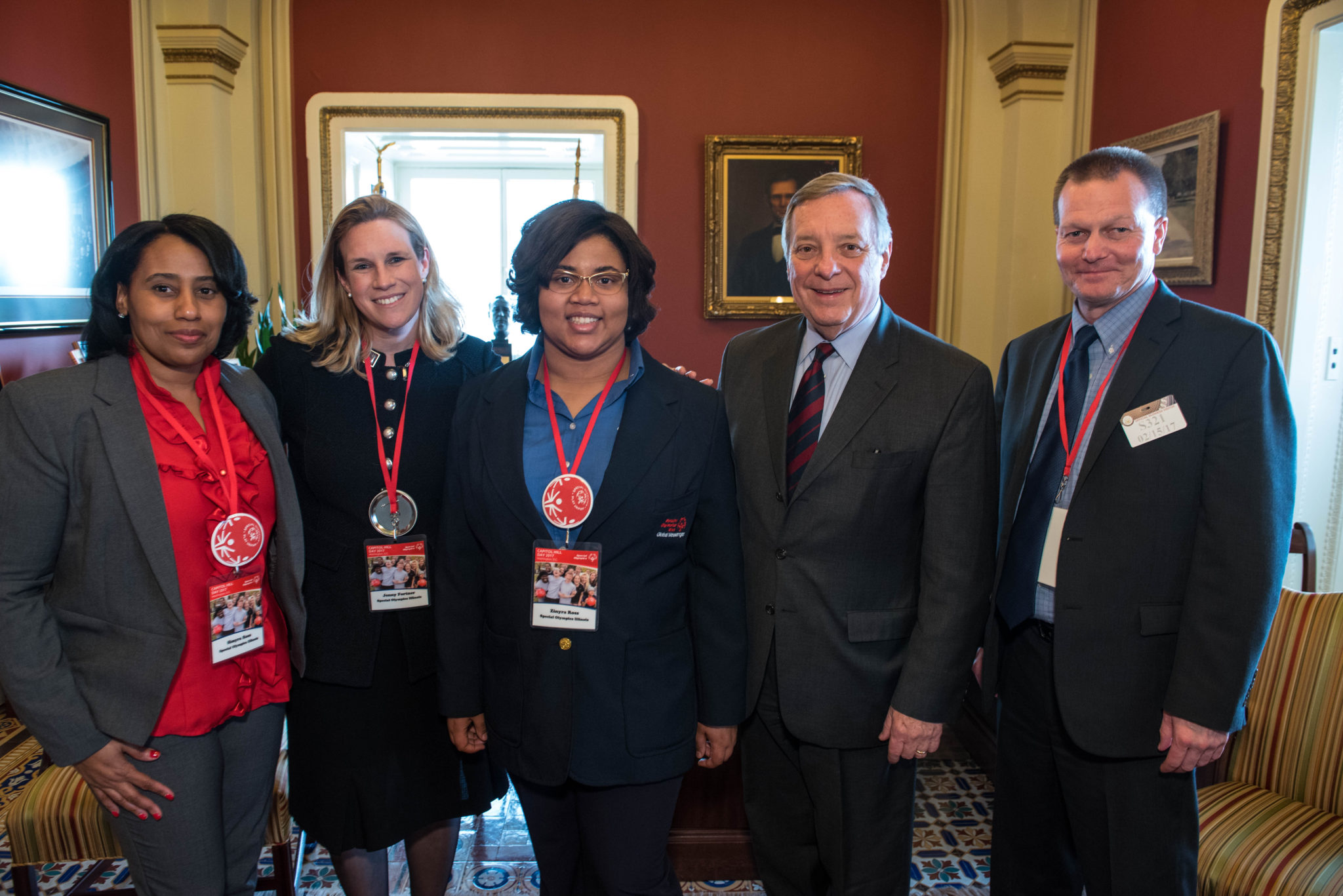 Sparks of support and encouragement come in many forms, but little did Simyra Ross know that her daughter’s would come in the form of creatures with four or more legs.  Zinyra, known to m 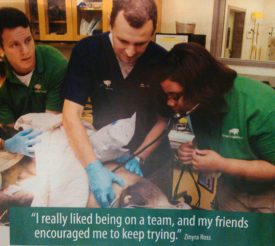 ost as “Z”, as in “zebra”, was born with intellectual disabilities. At an early age, Simyra was told that the chances were low that her daughter Zinyra would be able to speak beyond “gibberish”. But, a trip to the zoo changed that forecast… forever.

Growing up in the inner city of Chicago wasn’t easy for the Ross family but, as is the story for most loving and dedicated mothers, giving her daughter every chance to succeed was Simyra’s goal. Then, one day, after a disappointing appointment with a speech pathologist, Simyra decided it would be nice to visit Z’s favorite place, Brookfield Zoo. While there, an amazing thing happened, Zinyra said the first words that she ever spoke, “Look mommy, cat”.

The family then moved to Aurora, started life in the suburbs, and discovered Special Olympics Illinois. Z then became enrolled and completed her high school career at Waubonsie Valley High School followed by entering the STEPS 204 program, which helps to provide support for individuals with intellectual disabilities who are transitioning from school to the “real world”. The instruction, direction, and support that she received from educators and peers in the STEPS 204 program allowed Z to progress even more in her development, and her speaking “career” was launched. 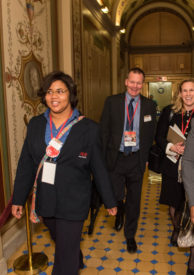 Z made quite an impression on SOILL President, Dave Breen, so he decided to invite Z and her mom to join him and Special Olympics Illinois Board Chair, Jenny Fortner, for the 2017 Capital Hill Day in Washington D.C. It was honor that most would only dream of, but that honor was elevated even more when Simyra & Z, and other Special Olympics athletes from around the country had the chance to meet Secretary of Education Betsy DeVos.  This was the FIRST time that any Secretary of Education had ever attended a Capitol Hill Day, Special Olympics reception in the many years that it had been held. “I shared Z’s experience (with Secretary DeVos)…” said Simyra, “I told her how we changed her environment and how she transformed into who she is today after attending another school that introduced Z to SO.” Simyra contined, “I closed by saying “I believe in You!  I immediately teared up after saying that.  Surprisingly she teared up and placed her hand on top of my hand and softly said “thank you”, I choose to speak life and love!”

The impressions continued throughout their trip to Washington, including the time that was spent in the office of Senator Dick Durbin. Simyra explained, “Z’s excitement (in meeting the Senator) had more to do with the “Whip Scorpion” hanging on the wall.  Zinyra wanted to know why he had a “Whip Scorpion” in his office.  He told her how he had earned his nickname, which is “The Whip”, and, in Z’s fashion, she gave him a ton of facts about (it). The look on his face was priceless.” 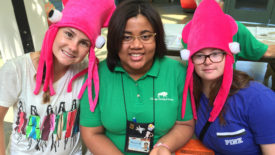 The sting of support IS sweet, whether it comes from a teacher, a fellow athlete, or even a politician with a scorpion on the wall.  But, there is truly no better support than that which accompanies true love, the true love for a child, like the love Simyra has for Z.