By Gina Fasolo – Special Projects and Events Assistant
Special Olympics athletes from all over the United States and Canada will travel to Bismarck, North Dakota, on August 17, to compete in the 2017 Special Olympics North America Softball Championship. The softball championship is a four-day event that runs through Sunday, August 20. The inaugural tournament was held in Elgin, Illinois in 2011 and is now in its seventh year. As a presenting sponsor, Moose International welcomes the athletes of Special Olympics to Bismarck.

More than 400 athletes throughout the United States and Canada will have the opportunity to compete in the sport of softball on a national level. The teams will compete on either a traditional or Unified team formats. When the athletes are not hitting home runs and making a game winning plays, they have the opportunity to participate in a variety of special events, including opening ceremonies and a parade of athletes, healthy athletes screening, and a victory dance. This year two softball teams from Illinois have qualified for the championship tournament: The Jacksonville Wolverines and the Tri-County Independents. 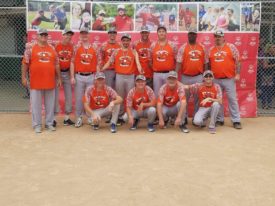 The Jacksonville Wolverines are a traditional softball team comprised of fifteen athletes and four coaches. The Wolverines attended the very first softball championship in 2011 and they will be going on their fifth year of competition in this championship tournament. Head Coach Richard Larkin believes that his team will face some tough competition, but is excited to showcase all of the Wolverine’s hard work put forth leading up to the tournament.  Collectively, the Wolverines are excited to face some new competitors, as well as take on some friendly rivalries. The team loves competing against old friends just as much as creating new friendships along the way. At the end of the day, win, lose, or draw, the Jacksonville Wolverines leave it all on the field, with a smile on their faces. They’ll bring this lesson back home with them to instill the importance of trying your very best, in not just softball, but in every walk of life. 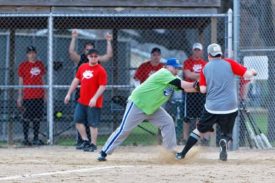