October is Down Syndrome Awareness Month, a chance to spread awareness. During the month of October, we celebrate people with Down syndrome and make people aware of their abilities and accomplishments. It’s not about celebrating disabilities, it’s about celebrating abilities. Better understanding of Down syndrome and early interventions can greatly increase the quality of life for children and adults with this disorder and help them live fulfilling lives.

What is Down Syndrome 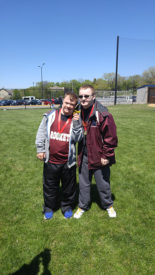 Down syndrome is a genetic disorder caused when abnormal cell division results in an extra full or partial copy of chromosome 21. This extra genetic material causes the developmental changes and physical features of Down syndrome. Down syndrome varies in severity among individuals, causing lifelong intellectual disability and developmental delays. It’s the most common genetic chromosomal disorder and cause of learning disabilities in children. It also commonly causes other medical abnormalities, including heart and gastrointestinal disorders.

22 years and 3 months ago the world became a better place when my wife, Beth, gave birth to our first of three sons.  About half an hour after he was born the doctor informed us that Flynn exhibited characteristics of Down Syndrome.  There was some denial, but we skipped over anger, bargaining, and even depression, and moved to acceptance in about 2 minutes.  He was our son, and he was perfect. 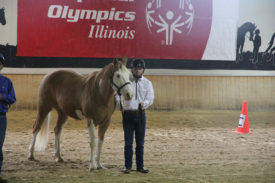 October is Down Syndrome awareness month.  I have written a letter like this for many years now.  Thank you for taking the time to read it.  I know some people look forward to this as much as I do.  For that I am truly grateful.

Life with Flynn has had its ups and downs, but that is what makes a roller coaster fun and exciting.  Since he is 22 now he aged out of the Transition Classroom he had been a part of since graduating from RBCHS when he was 18.  The classroom was a great place for him and with the help of many people Flynn had a very smooth transition to the Pioneer Center for Human Services in McHenry, IL. He started attending classes there on August 1st, and has really embraced his days there, the new people and friends he has made, and the new routine.  It took a few weeks, but he realized he was seeing people he already knew from many of the different schools and programs he has attended his entire life. 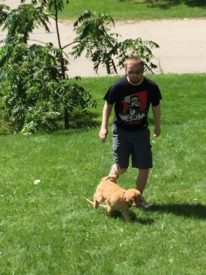 A transition for us at home has been life with a dog!  Ever since Flynn was about 8, he has wanted a dog.  Beth and I are not “dog people”, and we just were not ready to take that leap with the boys and all their activities when they were growing up.  Beth told Flynn at one point he could get a dog when he turned 22.  We thought he could use a companion in his life at that time, we thought it would give him something to do, and we thought it would be a good responsibility for him to have.  Twenty-two became Flynn’s favorite number.  He would see it everywhere and point it out to us.  Aisle 22 in the supermarket, a price that ended in 22 cents, channel 22, a volume setting of 22, signs, school posters, scoreboards, clocks, etc., were all pointed out to us as Flynn went through his days.  Well, we didn’t have a dog for him on his 22nd birthday, but we had done lots of research and on or about the 22nd day of July we got a puppy and Flynn named her Grace.

It has been fun with her, as anyone that has had a puppy knows, and she will be a great companion.  We just started puppy classes and Flynn likes going to those.  She is an Irish Doodle and she is very fun to play with.

In Flynn’s other pursuits he is still very busy.  He is active in Special Olympics in Track and Field, Equestrian, and on Sunday, October 1, he earned a Silver Medal in Bocce Ball with Pioneer Center.  He is also going to be able to do Basketball this year which he is thrilled about.  He enjoys having Reed at home to hang out with, and he is always happy to see Will or say hi on the phone.

As I bring this to a close I will just say that please remember people with Down syndrome are people first.  Love unconditionally.  Enjoy life.  Treat everyone with respect.

Thank you again for reading and for all the support.

Special Olympics Illinois thanks Jay Marshall for sharing his story.