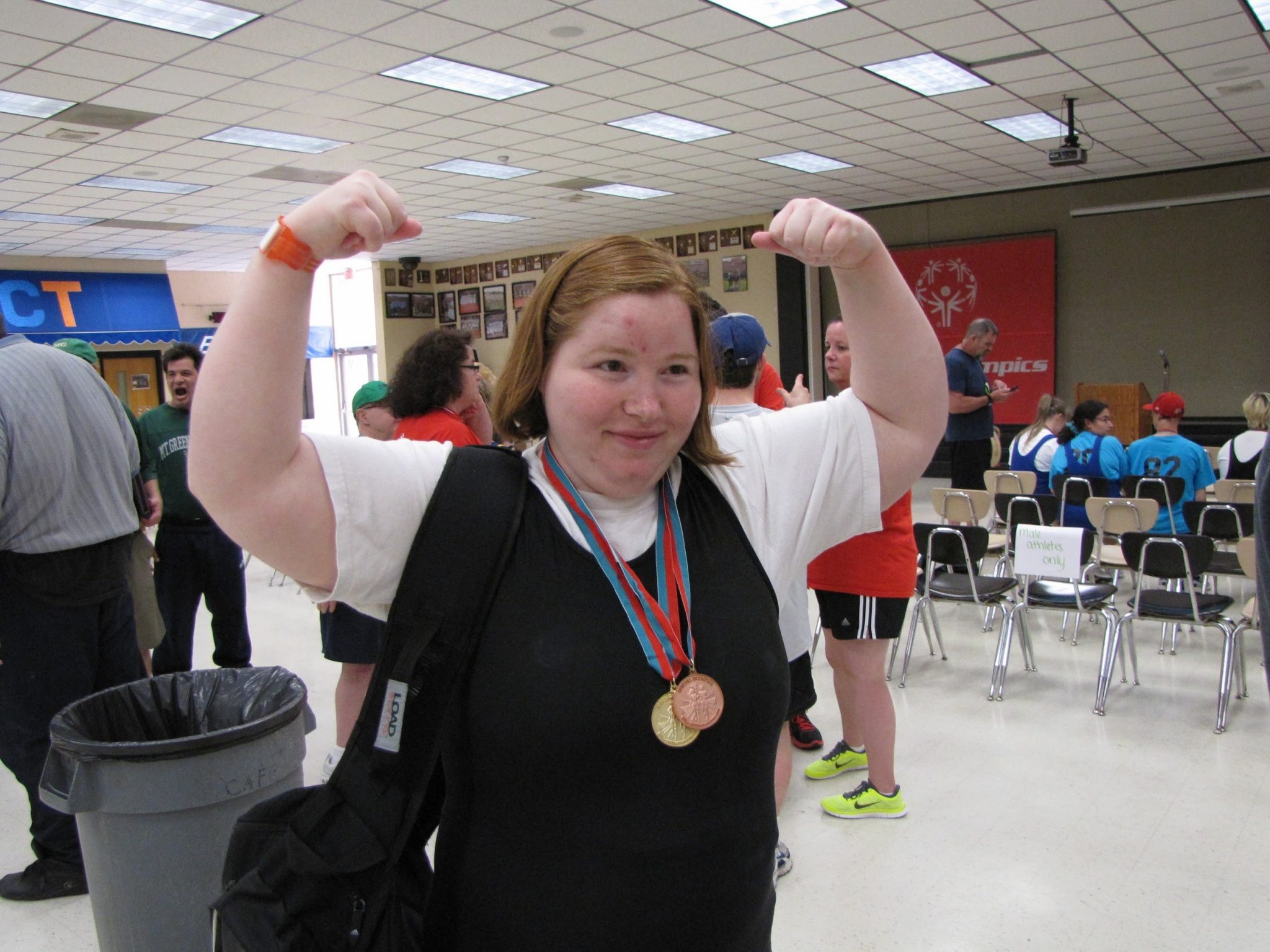 Illinois native stands out in a male-dominated sport

CHICAGO — Katie Millar is an inspirational woman. Her continued success in powerlifting, a traditionally male-dominated sport, is a testament to her determination and confidence.

“When she competes locally, there are maybe 12 girls total out of 150 guys,” says Judy Kasmer-Millar, Katie’s mother. But this ratio does not intimidate Katie in the slightest. Even as a beginner, she quickly started adding weight to surpass personal bests. However, Katie’s success comes as no surprise given her athletic prowess. She has been chosen to participate in the 2018 Special Olympics USA Games in Seattle this summer.

Katie has been involved in sports from a young age; but in high school, Katie was told she might as well quit because she would be riding the bench. This only motivated Katie to continue playing the sports she loves. Katie joined the Special Recreation Association of Lake County (SRACLC) where she competed in almost every sport imaginable including baseball, soccer, swimming, and even snowshoeing. After competing through the SRACLC, Katie began training for Special Olympics in 2003.

Powerlifting is Katie’s most recent competitive sport, and she has thrived as the only girl on her seven-member team. She quickly took to the sport and excelled in bench pressing. Kelly Smith, her former coach, put it best by calling Katie her “gold digger.” Katie won three gold medals at the Illinois Special Olympics State Summer Games in 2017. “My favorite thing would have to be the bench. I went up in weight last year,” says Katie.

When asked how Katie’s participation in Special Olympics has affected her, Kasmer-Millar responded, “It instills the participants with a confidence that they have not had before.” Katie currently lives independently with three roommates as a result of the education, training, and support of Special Olympics.

Katie’s passion for athletics on and off the field led her to an internship at Northwestern University in the athletic department. She was able to receive college credit, only adding to her impressive list of accomplishments. Katie also works at Sears in receiving and at Jewel, a regional supermarket.

Katie’s ambition is not limited to athletic endeavors, and her influence in her local community is undeniable. Katie has joined the Mundelein Police Department in the annual Polar Plunge for the past three years to raise money for Special Olympics. “Katie has a positive attitude. She laughs and smiles and when you can get her into that mood she’ll melt your heart,” says Katie’s mother. It is no surprise that she has so much hometown support.

Katie’s leadership expands beyond Mundelein, Illinois. She serves as a Special Olympics Illinois Global Messenger to speak to audiences about how Special Olympics empowers people with intellectual disabilities. Her former coach, Brenden Cannon, recommended Katie after seeing a need for a new crop of global messengers. The Millars view Katie’s role as a way to give back to Special Olympics.

Katie’s position as a Global Messenger has contributed to her personal and professional development. Katie’s mother is her official speech coach and has given her the skills she needs to channel her positive energy and passion for Special Olympics when speaking in front of large crowds. Katie says, “It is nerve racking to talk in front of people, but I get really good feedback.”

This confidence permeates what could be a divisive competitive environment. Gender imbalances often present challenges, but Katie and her powerlifting team treat each other as equals. Rather than being intimidated as only one of twenty female powerlifters in the state, she feels a strong sense of camaraderie and equality with teammates. “I feel like I’m the same,” says Katie. For her, this is one of many reasons that makes Special Olympics truly special. 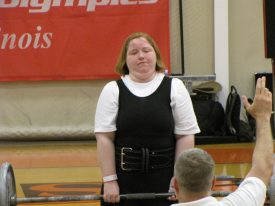 Katie Millar inspires women of all ages and backgrounds in her powerlifting career. The woman we see today is not only an impressive athlete but also an example of leadership. Kelly Smith says in an email, “Each woman brings her own goals, determination, and passion to the sport. I would think little girls (with and without disabilities) would see these women lifting competitively and say, ‘Why not me? I can do that too. I want to be as strong and powerful as her.’”

Katie will help celebrate the Special Olympics 50th Anniversary at celebrations from 17-21 July in Chicago, Ill., where the first Special Olympics International Summer Games were held in 1968. She will use her shining personality as a greeter for participants, their families, and all those in attendance. Events include a four-day Special Olympics Unified Cup soccer match, which will bring together competitors with and without intellectual disabilities from every region of the world.