Over 60,000 Rubber Ducks Splashed in to the Chicago River | Thursday August 9 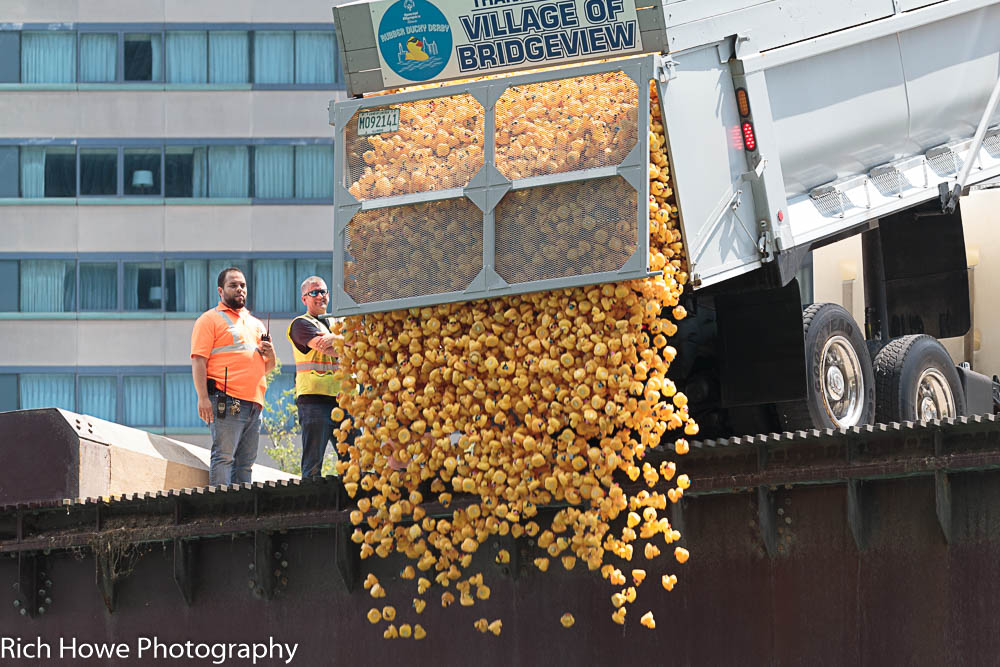 The 13th Annual Chicago Ducky Derby Made a Record-Breaking Splash with over 60,000 Rubber Ducks adopted to Support Special Olympics Illinois

Day of sales were at an all-time high for the event! The Chicago Ducky Derby reached their goal of 60,000 ducks adopted before closing sales at 12:30 p.m.

The event commenced with a family festival at 10 a.m. on Michigan Avenue. The family festival emceed by IHeart Media Radio personalities Melissa Forman of 104.3 MyFM and Paulina and Rufio of 103.5 Kiss FM. The festival featured entertainment, live music, prizes, face painting and Mascots including the Ducky Derby mascot, Splash. The ducks dropped into the Chicago River at a new location this year. 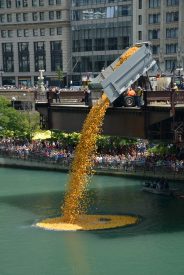 The grand prize was a brand new 2018 Chevy Equinox courtesy of the Chicagoland and Northwest Indiana Chevy Dealers. Other prizes included a $2,500 cash prize, an all-inclusive Apple Vacation, and Chicagoland Speedway tickets.

Chicago Cubs players Wilson Contreras and Kyle Hendricks served as the celebrity ambassadors for the Chicago Ducky Derby. Their team sold over 3,000 duck adoptions and raised over $15,000.

The success of the annual Ducky Derby was a collaborative effort by two hundred sales teams – both corporate teams and independent groups – who devote the summer to selling duck adoptions and spreading the word about the benefits of Special Olympics.

Pictures From the Event Found Here

As Special Olympics observes its 50th Anniversary we are thankful for this longstanding fundraiser that has helped support programs for athletes over the years.