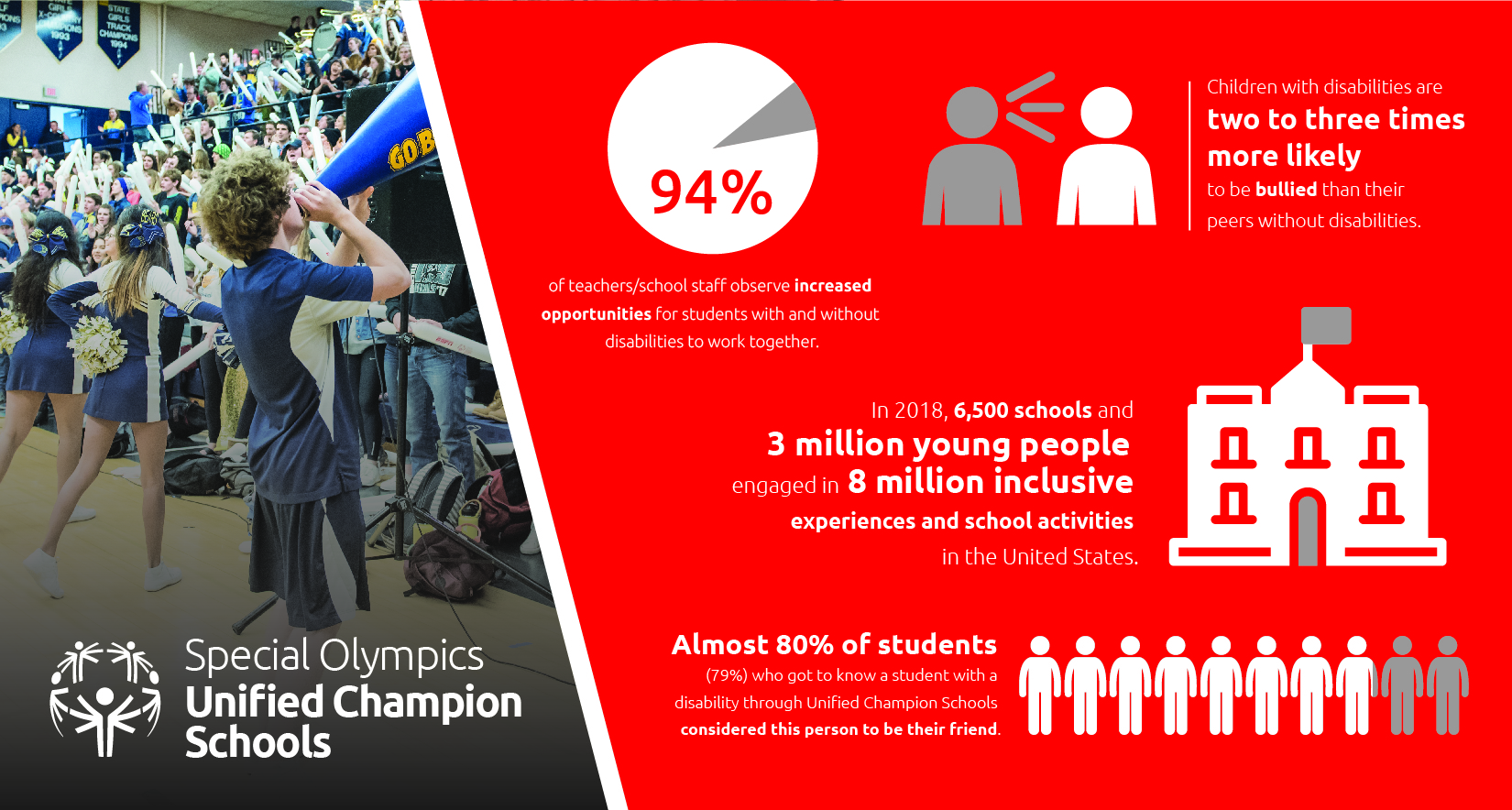 UPDATE: 3/28/19: We express our gratitude to President Trump for re-authorizing funding for Special Olympics school-based programming. He joins a long history of over 50 years of United States Presidents and Members of Congress on both sides of the aisle in their support of Special Olympics and the work we do in communities throughout the country.

This is a non-partisan issue and we are proud of our work to create inclusion in 6,500 U.S. schools and among young people. This is a crucial time in our schools and our communities. Programs like Special Olympics Unified Champion Schools are transforming school climates to create a safer and more inclusive world.

We are so grateful for the outpouring of support from Special Olympics athletes, young people, and the community at large and encourage everyone to continue their support of our school-based programming until we have reached all 100,000 schools in the country.

Special Olympics is a nonpartisan organization that strongly supports policies, legislation, and practices that guarantee the rights, full participation, and integration of people with intellectual disabilities (ID).

It is important to note that the presentation of the President’s budget is just one part of the budget process – immediately after it is released, negotiations begin on Capitol Hill. Special Olympics has experienced the proposed elimination of our funding before and, thanks to the phenomenal support of our bipartisan Congressional champions, was able to successfully advocate for and ensure continued funding for critical Special Olympics programming in the U.S.

We see this as an opportunity to continue raising awareness among government officials and our communities about the important work that Special Olympics is doing.

Here in Illinois, federal funding was critical to initially launching and then expanding our Unified Champion Schools program into 293 total schools (including Pre-Kindergarten, Elementary, Middle, High and College) statewide over the past 10 years. The Unified Champion Schools program has been extremely effective in transforming and improving school climates through its three components: Unified Sports programming, inclusive youth leadership, and whole school engagement activities.  This program has seen impressive success in Illinois and has become the fastest growing program/initiative offered.

Over the next 3 years, we have lofty goals to reach more than 500 schools around the state, including schools within the Chicago Public Schools educational system and East St. Louis School District 189 through our urban development and expansion initiative. To do that will require more than $3 million in new funding, and we look to our federal and state government, corporate, foundation and individual partners to enable us to achieve these goals.