Each year, the Polar Plunge brings together thousands of warm-hearted individuals from across the state.  It’s a great way for everyone – individuals, organizations and businesses – to support Special Olympics Illinois.  All funds raised go to provide programing and events for more than 23,100 traditional athletes and 13,000 Young Athletes participating in Illinois.

The 2021 Polar Plunge will look a little different, with Plungers committing to Plunge At Home in support of the Special Olympics Illinois mission. Learn more about what a Plunge At Home looks like here.

The concept is simple: participants raise a minimum of $100 in donations from friends, family and co-workers in exchange for getting icy for the athletes of Special Olympics Illinois!

Under 18, no problem! Individuals under the age of 18 are able to participate but must have a parent or guardian sign a waiver form.

Attire: Anything goes, except a wetsuit.  Costumes are encouraged.

Each plunger who raises $100 or more receives an exclusive 2021 Polar Plunge sweatshirt, plus the chance to win additional prizes for raising more money.

Polar Plunges for 2021 should be completed by March 14.

What it Takes to be a “Plunger”?

Anyone with a little guts and a warm heart wanting to support Special Olympics athletes is welcome to participate. In past years, participants have included children and adults, football players, mayors, police chiefs and officers, sheriffs and deputies, corporate employees, civic organizations, high school clubs, fraternities and sororities, media personalities and everyone in between.

What Puts the “Icing on the Lake”?

More than $24 million that has been raised by more than 84,000 Plungers since the event’s inception 22 years ago.

Its purpose is to simply raise funds to enhance Special Olympics’ mission: To provide year-round sports training and athletic competition in a variety of Olympic-type sports for children and adults with intellectual disabilities, giving them continuing opportunities to develop physical fitness, demonstrate courage, experience joy and participate in a sharing of gifts, skills and friendship with their families and other Special Olympics athletes and the community.

When and Where the Plunge “Broke the Ice”?

*Please be safe with your Plunge At Home choices. Special Olympics Illinois is not responsible for any injuries that occur while participating in the Plunge At Home option. Learn more here.* 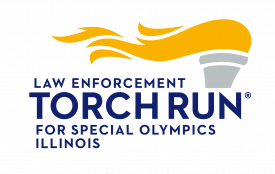