More Than 40 Years Unified: The People of Galena, Eagle Ridge, and Chestnut 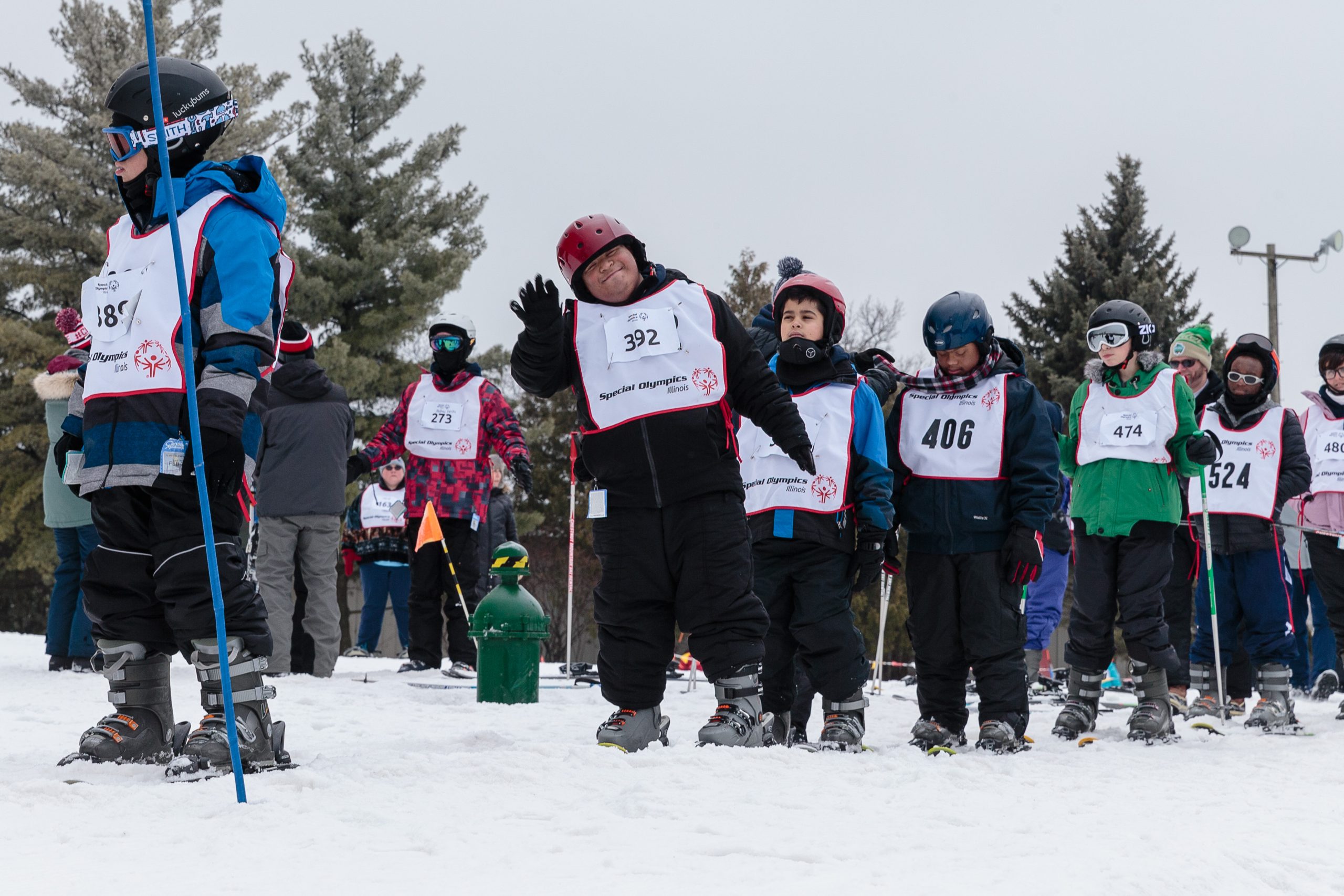 The amount of people to contribute to the success of the Special Olympics Illinois State Winter Games over the past 40 plus years exceeds the amount of space allotted for this article.  In fact, if every name of every contributor, athlete, coach, parent, family member, friend, business owner, and fan to have attended, supported, cheered-on, cried-with, highed-fived, awarded medals, and prepped snow for competition were listed, this edition of the Galena Gazette would rival “War and Peace” in volume.  On that note, you are about to read the recollections of one individual who was there in the beginning, who didn’t hesitate to share his admiration for Galena, Eagle Ridge, Chestnut Mountain, and all the people who have put forth any effort to make these winter games as special as they are.

In 1981, the Special Olympics National Winter Games were slated to take place in Stowe, Vermont, and several individuals wanted to send a team to represent Illinois.  “One of the requirements from the national office was to have a winter games program in the state,” recalls Kevin O’Brien, former Region Director, Special Olympics Illinois, who was Area Director at the time.  Kevin, along with then Executive Director, Denny Aldridge, and 1980 Board Director, Joann Geiger, went to Galena Territory.  “The three of us went up there and had a walk through and met the people at Eagle Ridge and Chestnut.  (We) decided we would do a training school there in December of ’80 so that we would have a team that could go to the games,” said O’Brien.

Cross Country and Alpine Skiing were the two ski-related sports that were offered at the time, so O’Brien, Aldridge, and Geiger started the training program which allowed the program to become certified- a requirement to allow athletes to qualify for the national games.  O’Brien continued, “Then we went back to our agencies who came to the training and then looked for resources to be able to actually nominate athletes to go.”

Looking for resources seemed to be something common in the formation of Illinois’ winter program, as was confirmed when reading an article published here in the Gazette on February 12, 2013, by Editor Hillary Dickerson.  In that article, she wrote about Jim Cox, who started out in the early days as a volunteer “hugger,” and Terry Heim, long-time volunteer, who recalled, “that there was no staging area in the early days, and athletes sat in school buses until it was time for them to complete.” Heim also noted in that article that one of his best parts of the Winter Games is seeing and interacting with the same familiar faces year after year.  He is always on hand for the parade and opening ceremony in downtown Galena and loves to watch as the excitement builds with the athletes.

Also sharing in both the duties and delight of Winter Games’ first days was Eagle Ridge’s Ginger Eisbach, who recalls that before the parade and opening ceremony were in the downtown area, they were held in the Galena High School parking lot and at Turner Hall.

O’Brien then continues by noting several more people that contributed their valuable time, talent, and resources.  Two of these are the current Chestnut Mountain management team, Erin and Mike Murphy.  He remembers Mike playing a major role in both the ski school and ski rental programs, while Erin was very much involved in the lodging.  O’Brien stated, too, that Gazette’s own Mark Vanosdol also contributed on-mountain and played a major role in the early days of the program.

“The crazy part of it is, you know, I was also 40 years younger so some of the things that we’d go up and do when we had meetings were very social.  We would just sit down and talk about all sorts of things and come up with all sorts of ideas of what the athletes could do,” he recalls.  “We used to do a whole bunch of stuff with the Galena Cellars people… (the) family was very supportive and Scott Lawlor was actually one of our international coaches going out to Nevada/Lake Tahoe, where we had international games.”

When asked about key take-aways from the whole experience, O’Brien notes the value in being able to trust the folks at the venues involved in years of successful events.  He credits the expertise of the staff at Eagle Ridge, Chestnut, and throughout Galena for continually making these events enjoyable for all involved.  “I think there are two or three (key memories.) The big thing is when we finally made a breakthrough that we were going to go to a second and a third hill.  Once we realized that the talent of the athletes was there for us to challenge ourselves, to make sure that they were getting as much challenge as possible for the alpine, I think that was huge.”  He continues, “I think the best part of it is… the fact that we’re going to come (to Galena) for three days in late January first part of February is just locked in.  We are now a tradition with them. We are now part of the community, and I think that Chestnut and Eagle Ridge both are equally embracing of what it is we do.”

Whether it be embracing progress, or volunteering as a “hugger,” there is a consistent tone of mutual benefit that is apparent when looking back on the past 40 plus years of Winter Games.  “I think the fact that WE’VE changed what we think about with our athletes.  We talk about the Inclusion Revolution (which means) we now talk about what our guys can do rather than what they can’t do.  We now talk about abilities rather than disabilities, and I think we’ve matured in that, as an organization.  The folks (at Eagle Ridge, Chestnut, and Galena) have done the exact same thing, and maybe even a little bit ahead of us. They see our guys, especially when (athletes) come out there, they treat them just like any other customer that’s coming out there, and I think that’s the most telling part of the whole thing.  It’s just business as usual, and I think that’s the best way to approach our people no matter what.”  O’Brien finishes by saying, “I think the bottom line for me is how much we’ve all matured.  Our terminology actually talks about people now, instead of disabilities.”

Perhaps it is countless others who have, as O’Brien puts it, “matured” in their views of those with intellectual disabilities.  As for so many in the Galena Territory including Eagle Ridge and Chestnut Mountain, that maturity may have been there since inception.  As the saying goes, “some are born with it” well, the birth of Special Olympics Winter Games was no exception, as it was formed by those who are truly exceptional.