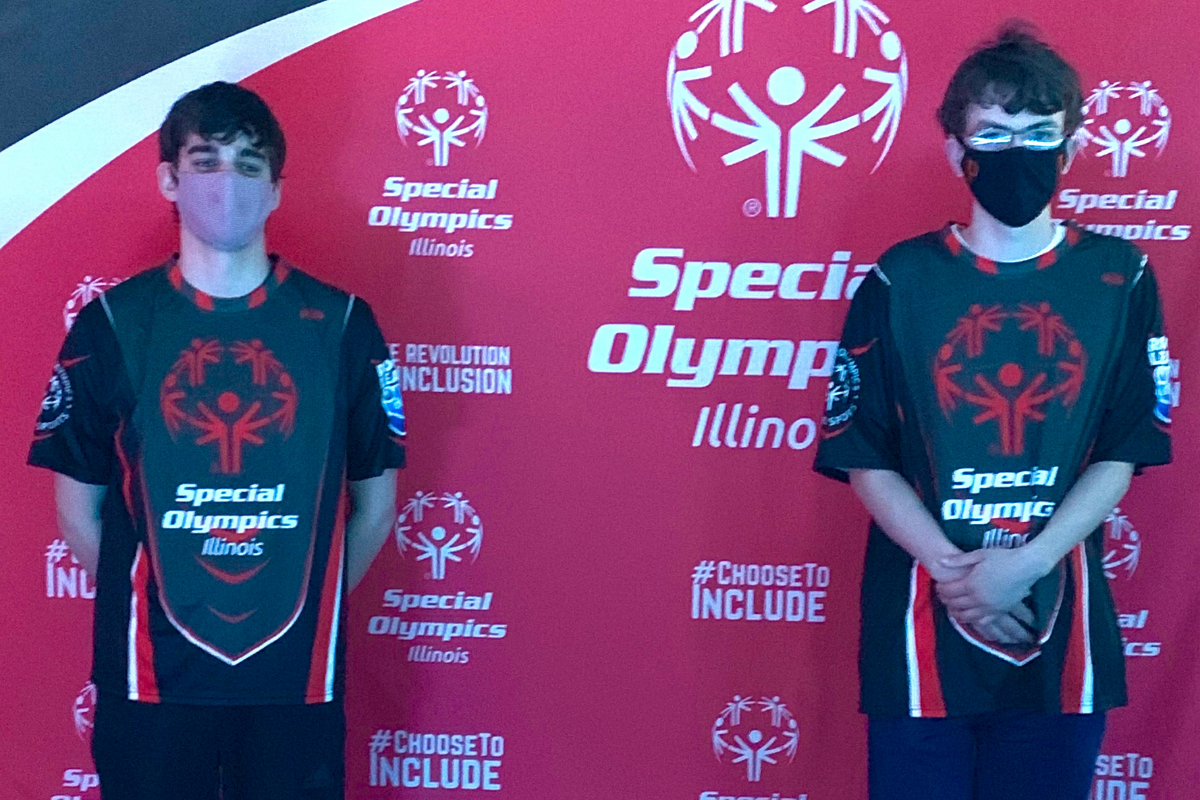 When COVID-19 halted in-person sports, the rush to find ways to virtually engage athletes began. Thus began the Special Olympics Illinois esports program, a welcome option for athletes to connect with new and old friends across the state just by logging on from their homes.

Special Olympics Illinois tested the water in April of 2020. At the time, four athletes competed in a nation-wide Forza tournament with SOI/Microsoft.

From there, weekly game nights began on Wednesdays, starting with just a few athletes, but slowly building as each week passed. The first league was in the summer of 2020, in conjunction with Virtual Summer Games, and saw 30 athletes and Unified Partners competing in a 2v2 Rocket League tournament.

“PJ has been an integral part of Special Olympics Illinois esports, and the growth it has seen over the last year,” says Mac Dougan, who is an Assistant Director on staff and heads up the esports program.

PJ began competing with Special Olympics Illinois when he was eight years old, and over the past 13 years has competed in basketball, soccer and bowling. When the pandemic hit, and he was no longer able to train or compete with his fellow Monroe County Patriots athletes, he turned to esports.

“Paul (PJ) has missed out completely on the three sports he’s played throughout the years. Offering esports gave him fun competition and socialization while we were mostly isolated,” explains his mother, Angie.

Special Olympics Illinois has allowed PJ to be engaged in sports, develop friendships, and work with teammates, things he struggled with throughout his time in school. Sports proved to be a positive outlet for PJ to channel his drive, motivation, and excess energy, and he takes much pride in the medals he has been awarded over the years. He has pivoted that same drive towards esports.

“PJ is well versed in computers, and shares his knowledge with myself, and those that play on the PC,” says Dougan. “During his time with us, he has created Minecraft servers, set up his very own Rocket League tournaments, and encouraged others to go outside their comfort zone when it comes to playing video games.”

The Inaugural esports Unified Rocket League Tournament was PJ’s first experience using controllers instead of the PC gaming equipment he was accustomed to. Despite the change, PJ and his Unified Partner, Bryce, were victorious. The pair placed first.

The family agrees that without the opportunity for esports, the pandemic would have been much more difficult.

“We are extremely thankful that this program was offered.”

At present, the program has grown to include nearly 200 athletes, partners, coaches and volunteers.

Dougan added, “PJ’s energy, leadership and friendship towards all participants has led the way in further improving our competitions, community game nights, and structure as a whole. It has been great to see.”

You can learn more about PJ and the Special Olympics Illinois esports program during the Summer Games: Virtual Celebration on Saturday, June 26 at 6:30 PM CT. This primetime event will be available to watch live on our Facebook page, Twitch channel, or via the Virtual Summer Games website.

To learn more about all of the activities available as a part of Virtual Summer Games, view the schedule and the details on how to participate at virtualsummergames.soill.org/event-calendar.

If you would like to get involved in esports, please visit esports.soill.org.

Wheel of Meat and More Raffle