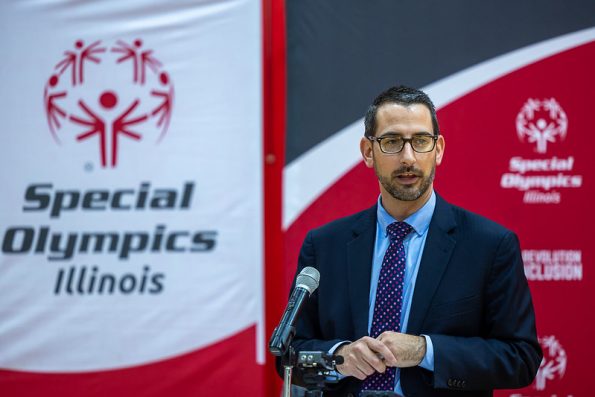 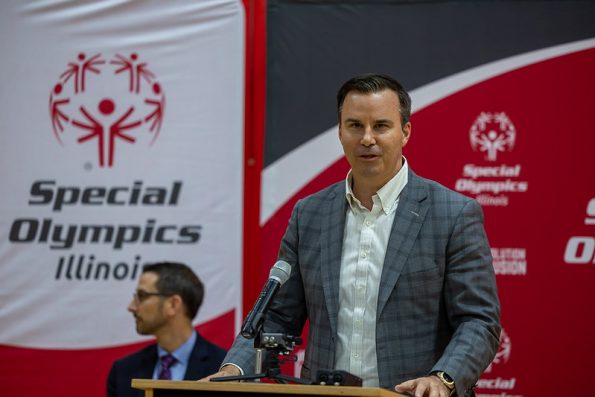 Special Olympics Illinois CEO Dave Breen spoke on the importance of the program to Rockford. “There are no current Unified programs in the area,” Breen noted. Breen added that the partnership plans to implement the UCCS initiative by targeting underserved communities that have young people with the deepest needs.

“Unity is an action,” said Kim Riddering, Chief Operating Officer, Special Olympics Illinois. “Unity is where students with disabilities are routinely included and feel a part of all social activities and opportunities.”

Special Olympics first began in 1968 by Eunice Kennedy Shriver. Long-held biases prevented those with special needs from physical activity or the opportunities to compete, Riddering said. She called Ms. Shriver’s ideas revolutionary for the time and added, “Today, we pursue Ms. Shriver’s call to inclusion by continuing this journey of unity.”

Superintendent Dr. Ehren Jarrett said the new opportunity was a long time coming for students at Rockford Public Schools. “It’s really exciting for our students to have this opportunity at such a large scale,” Dr. Jarett said.

Mayor McNamara shared Dr. Jarrett’s excitement and said Rockford will be a far better place with the UCCS initiative. The mayor spoke to students attending the event, “Just imagine a day that our community—every single person—no matter what age or ability they have can feel that they truly belong, right here in Rockford.” 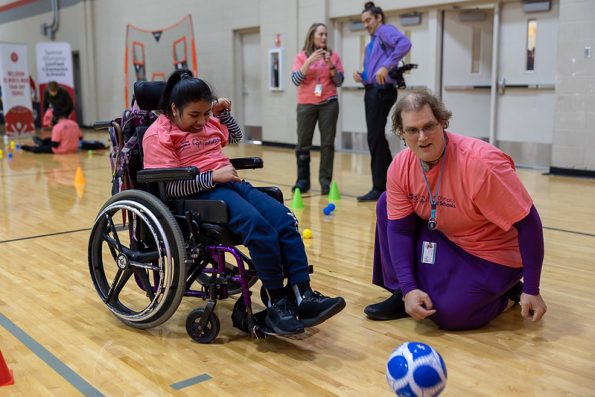 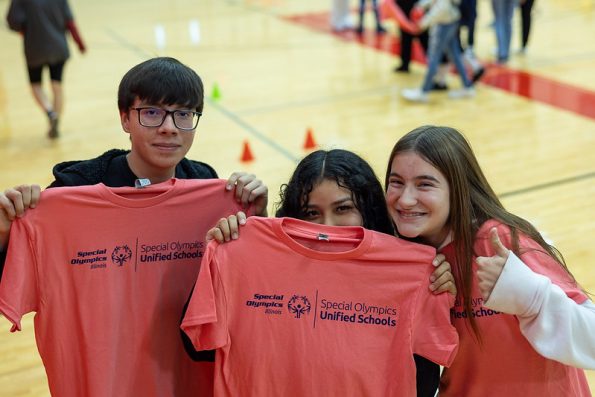 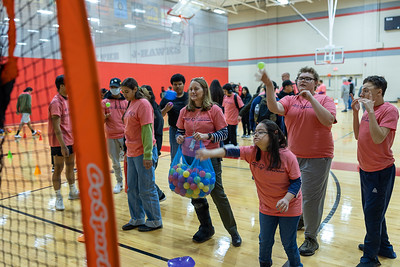 To learn more about Unified Champion Schools here in Illinois, click here. To view the photo album from the day, click here.