Ever since she was young, Special Olympics has played a huge role in Lauren McClusky’s life. Her dad, Jeff McClusky (Illinois Special Olympics Foundation Board Member), worked on the Special Christmas compilation CDs when she was growing up, which started their family’s involvement. Lauren’s sister and her began fundraising for Special Olympics with lemonade stands in their front yard in Evanston. They volunteered at games in Chicago, Bloomington, and even got to travel to the games in Alaska, Ireland, and China, where they made many friends along the way!

In the Fall of 2002, Lauren’s dad and her traveled to China with the Special Olympics Washington D.C. group (including Timothy Shriver) for their first National games in Xi’an. They attended receptions, visited the Great Wall, and experienced much of the Chinese culture in Beijing before traveling to Central China. At a press conference during their trip, she donated the money she raised with her sister at their lemonade stands. A news publication in China printed an article about it the following month, calling Lauren the “Blonde Girl from California, America.” The trip was a life–changing experience and gave her further enthusiasm and love towards the Special Olympics athletes.

When Lauren was in high school in 2007, her friends and her decided to throw somewhat of a “battle of the bands” style concert to raise money and awareness for the organization. They partnered with Metro Chicago and Special Olympics Illinois. Their first year, they successfully raised $10K and had 800 attendees on a Sunday afternoon. This event, originally called McFest and now Nelarusky, has grown into an annual Official Lollapalooza Aftershow that has raised nearly $400K througout the last 14 years. Nationally renowned acts such as Imagine Dragons, Alabama Shakes, Icona Pop, Sylvan Esso, Jon Bellion, Quinn XCII, and many more have played to a sold out crowd of 1,150 attendees, who are not only there to watch a concert, but to support and learn more about Special Olympics Illinois.

Special Olympics Illinois Global Messenger’s Barbara Kozdron and Christine Maxwell alternate giving a heartfelt speech each year that is always received with applause and tears of joy. It is hands down the most special part of the event. Feeling the happiness and excitement over Special Olympics Illinois, coming not only from Barb and Christine, but from the audience members, is truly an incredible thing.

Special Olympics has changed Lauren’s life in many ways. It has given her lifelong friends among the athletes (Barb, Christine, Sofia, Bree, Dustin, and so many more!), experiences all over the world, and Nelarusky. She is grateful to be able to give back to an organization that has touched her heart for all her life.

This year’s sold out show on July 27 is another great success with headliner Omar Apollo along with Serena Isioma and Oston.

Birds of a Feather: Inclusion Is Sweet at the Moose & Me Bakery 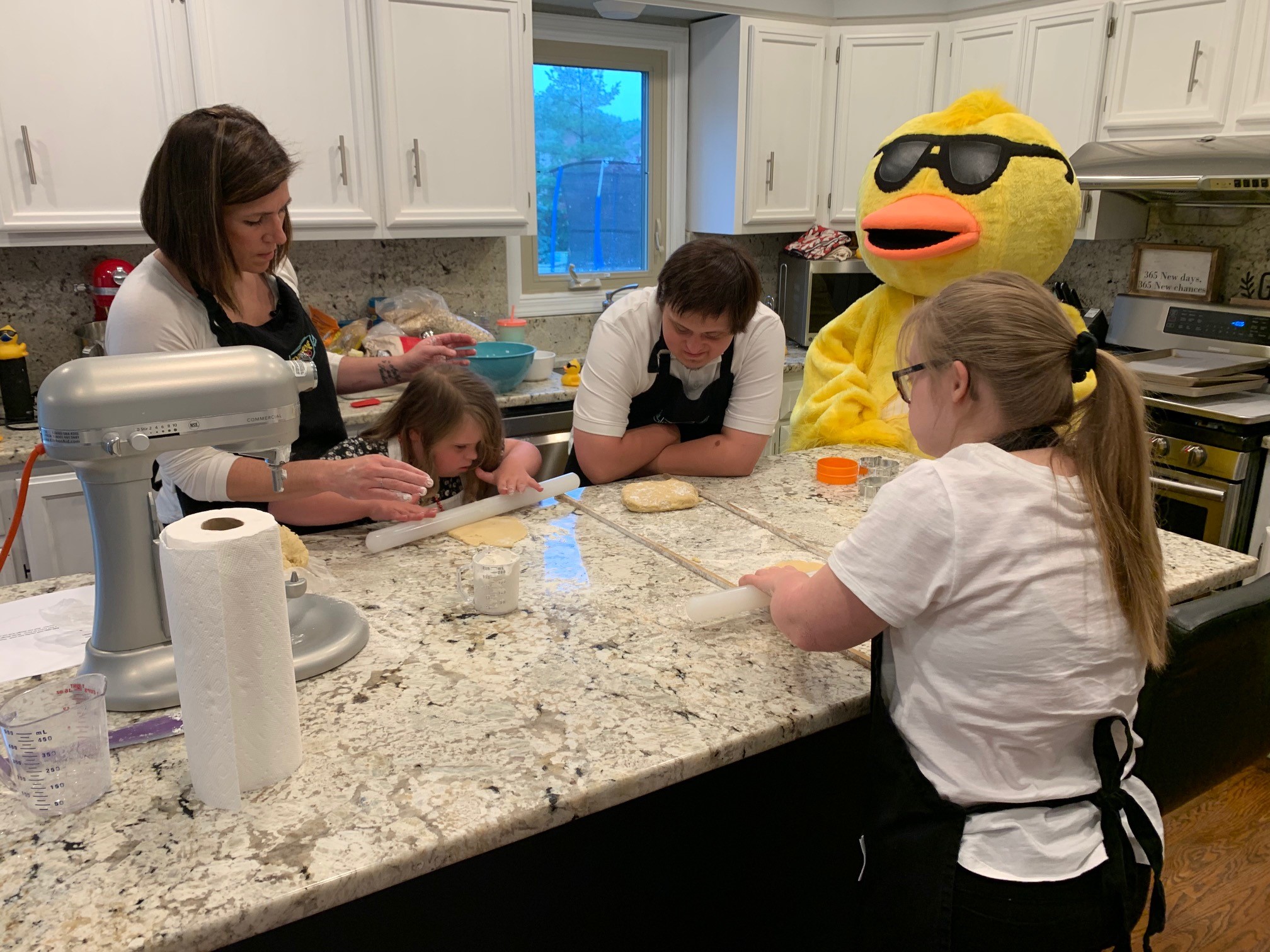 Megan Elder has always had a vision for inclusion in her community. More than 15 years ago, she started a ministry for teens with intellectual and developmental disabilities. Since then, she and her husband, Justin, have adopted two girls with Down syndrome, Mila and Audrey. Mila (nicknamed Moose) loved to bake from an early age and so began the vision of Moose & Me.

“Moose & Me got started when we adopted our daughter Mila who loved to bake from a very young age,” says Megan Elder. “Baking for us is time together. It’s a lot of laughing and getting messy and having fun. Being able to create things we’re proud of.”

The company describes themselves as a small team of creative and enthusiastic bakery artists serving a purpose grander than merely delighting your taste buds – but they certainly do that, too. Moose, Megan, and team craft delicious, intricately detailed treats to make life a little sweeter.

Megan and Justin hope to employ adults of all abilities while also creating meaningful interactions within the Naperville community.

“We thought ‘wow, wouldn’t it be great if she could bake for her whole life?’ And the dream of Moose & Me got started.”

Like Special Olympics, inclusion is integral to Megan and Justin. It’s important for them to employee adults of all abilities.

“Inclusion is really important to us. Mila learns so much from her peers and her peers learn so much from her. The more we could create those opportunities for that to happen we feel the better off all of us will be.”

Someday the Elders hope to open a physical location within Naperville. They also look forward to Mila’s sports career.

“Mila will definitely be a Special Olympics athlete!”

In honor of the Chicago Ducky Derby, Moose & Me is featuring duck-shaped vanilla sugar cookies. You can purchase cookies here or learn more about the company at mooseandmebakery.com.

The Chicago Ducky Derby is an annual event in which more than 65,000 ducks race to the finish line on the Chicago River. Many athletes like Michelle help sell ducks throughout the summer for the Darling Ducklings team.

Thank you for reading our Birds of a Feather series as we approach the 2021 Chicago Ducky Derby, which will be back in person this year at the Chicago River on August 5.

To learn more about the event or to support the Moose & Me sales team by adopting a duck, please visit chicagoduckyderby.com.

How I Continue Eunice Kennedy Shriver’s Legacy of Inclusion 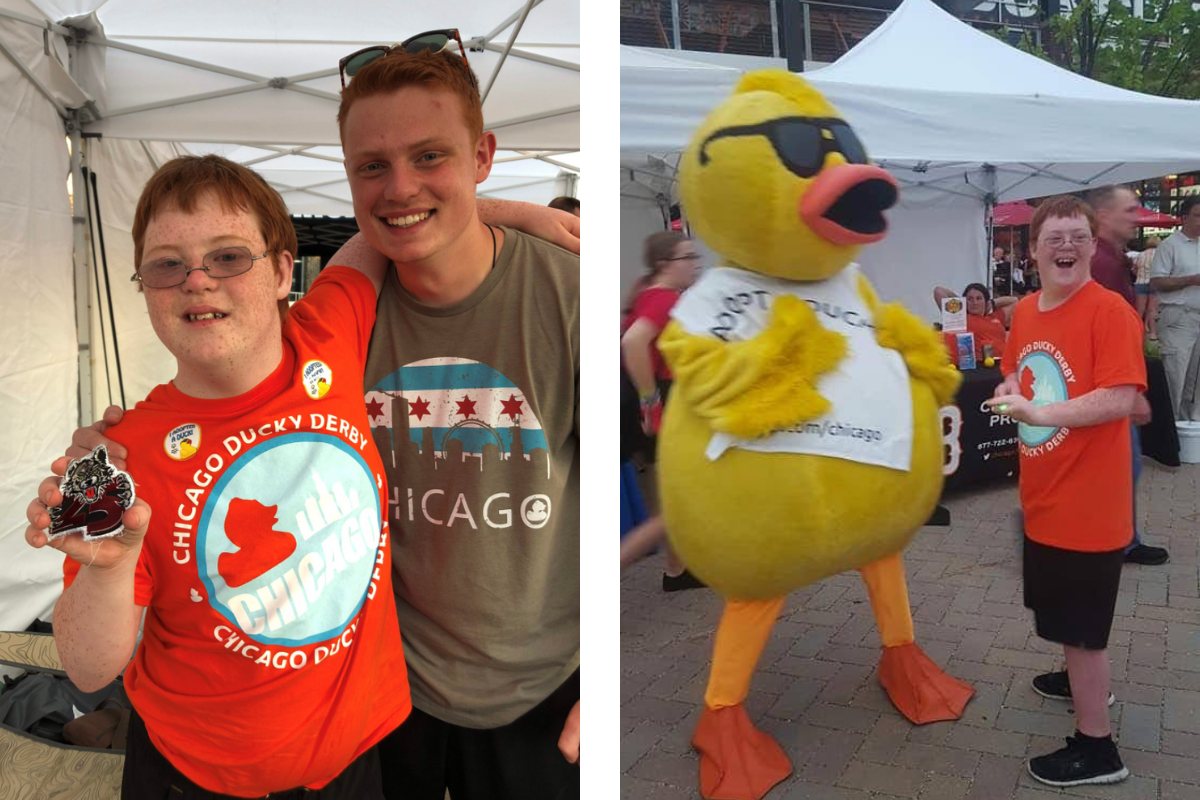 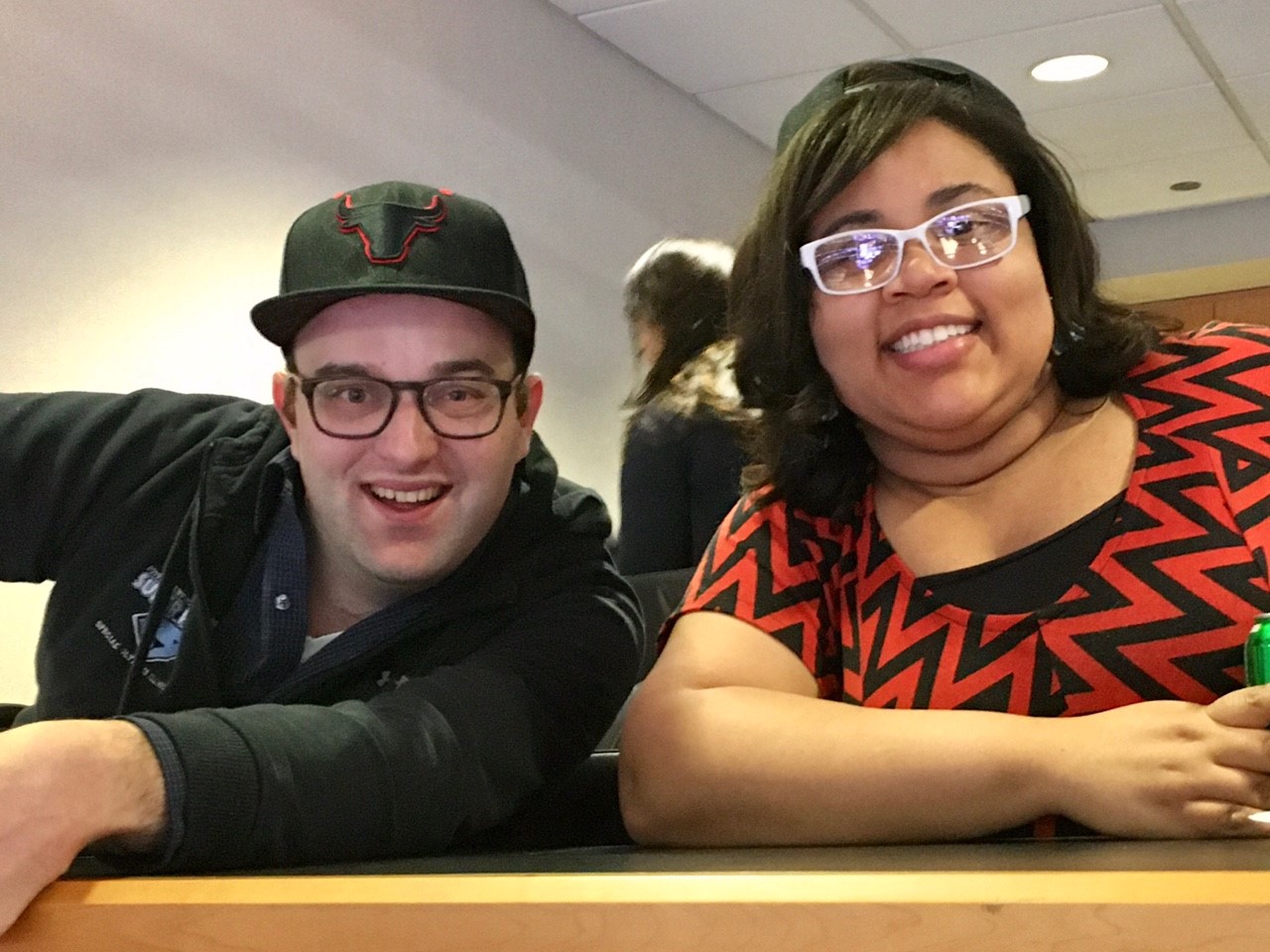 The week of June 21-26, our Special Olympics Illinois (SOILL) community celebrates the second annual Virtual Summer Games. For the second year, our normal in-person competitions and events have either ceased or slowed to a few socially-distanced and mask-wearing events. SOILL has introduced esports, virtual sports and virtual programming to their lineup for people with and without intellectual disabilities.  On June 26, I hope you will join our SOILL community in the Virtual Celebration primetime event.

Recently I had the opportunity to sit down with one of the three Athlete Board Members, Zinyra Ross. In a Special Chronicles Exclusive Conversation, we’ll give you a preview of her upcoming speech.

Zinyra was a little bit nervous about speaking at the Virtual Summer Games. “It took me like three videos to get the speech right,” said Zinyra.

In Zinyra’s upcoming speech, she will talk about the sports she plays and how that connects with going to Summer Games. The theme of connection speaks to a message Zinyra will share during her Virtual Summer Games 2021 speech. Zinyra noted how, “even though we [SOILL Athletes] have challenges in life, we always find a way to work around it,” said Zinyra. “We always found people who will support us no matter what and people who are willing to learn to support too.”

In the theme of connection, Zinyra and I both hope you will connect with our SOILL community during the 2021 Summer Games: Virtual Celebration. Watch it live on Saturday, June 26 at 6:30 PM CT on our Facebook page and Twitch channel — just search for @SpecialOlympicsIllinois or watch live on our website: virtualsummergames.soill.org. To participate, just tune in at 6:30 PM CT.

Check out Zinyra’s website to schedule her to speak at your event, buy her art creations, and learn more about her story at: JustZ.org.