My Son Ooozes with Confidence


Before a baby arrives, parents talk about endless possibilities.  They plan ahead and they make sure everything is perfect.  Parents dream about a bright and beautiful path for their child, and that path is paved by their own experiences because, naturally, to that point, that’s all they know.

The day arrives that they’ve been waiting for and a child with intellectual disabilities is placed in their arms. They are not sure at first how to communicate their fears and the myriad of other thoughts and emotions that come and go.  Well-intentioned friends and family have a hard time communicating, as well, which often makes things more difficult.  Doctor visits also are discouraging as the general focus is defining what this child cannot do, as opposed to what it can.

Brook and Dave, Jack Klawitter’s parents, made an early decision to blaze a trail down a new path and to not be angry or frustrated but, instead, to celebrate their child.  They received a recommendation from Jack’s physical therapist to try Special Olympics Illinois.

Later, they headed to Normal, Illinois, to have Jack participate for the first time in the Young Athletes program.  Anticipation of that new experience came with fear and a roller coaster of emotions for Brook.  She noted that she didn’t know if being involved in Special Olympics would come with a stigma.  Instead, the experience became the first day of Jack’s life when Brook and Dave enjoyed a sense of calm and community.  “It was the first day we got to celebrate Jack openly.  Celebrate him.  It wasn’t to compare.  We just got to celebrate,” notes Brook.  “In that day and in that moment. It was just about being somewhere that we were comfortable.  Not measured. Not evaluated. And we got to be. People helped us celebrate what Jack could do, not what he couldn’t do.”

Brook recalls that the children participating in Special Olympics that day, and every day forward, whether with disabilities or not, are ALL learning to run, jump, kick, balance, and more, at the same time.  “Because he participated in Young Athletes, he could participate in the exact same way!  He didn’t know the impact he was having,” she says.

That impact can be seen through Jack’s two sisters, Sophia and Marion, who, Brook says, “treat everyone like they are individuals and are incredibly supportive.”

Jack’s involvement in Special Olympics Illinois also allowed the Klawitter family to become part of something bigger that what they had known before, and they realized that they were supported by an entire village of individuals who genuinely care for both Jack and their whole family.

As is a core goal for Special Olympics Illinois, the experience and environmental gains go far beyond the fields of play.  In Jack’s case, and in the case of thousands of other athletes, Special Olympics helps to develop lifetime skills for all chapters of that person’s life.  Brook fondly notes, “Young athletes set him up for PE and recess.  In Kindergarten, it is PE and recess when they set up social skills.  (Jack) learned those skills and practiced them on a regular basis.”  She continues with a specific example from their local park district t-ball league.  “He was happy and confident participating with all typically developing peers and you realize then, in those times, when he is doing this confidently, that he is starting to change minds and attitudes.  These are the people that need to see beyond the almond shaped eyes.”

When listening to Brook speak, you hear the words of a proud mother boasting about her son.  This is the same mother that looked at her newborn with Downs Syndrome and thought about that path of success that she and Dave had mentally laid out prior to his birth.  In many ways, that path is more firm and straight that many parents in their shoes could imagine.  “Jack oozes with confidence,” Brook says.  “He sees every opportunity. Every moment, as a new opportunity for success.  Because he has a thousand opportunities instead of ten, the 20 times when he HAS failed, he shrugs it off and tries again.”

When asked to summarize a few keys of what Special Olympics provides for Jack, Brook notes, “(Special Olympics Illinois gives the) right support and process in place for him.  He is absolutely going to be successful in that environment, and when he is successful, he grows confidence and believes he can do the next thing.  He sees everything as a chance to succeed.”

Jack’s successes in just 14 years of life so far range from competitions won to hugs and high-fives from peers everywhere.  Before Jack’s birth, Brook and Dave dreamed about a bright and beautiful future for their child.  They just had no idea that the bright would come in the form of bronze, silver, and gold, and the beautiful would come from the smiles on the faces of everyone who calls Jack Klawitter a friend. From your friends at Special Olympics Illinois, Happy Birthday Jack!

Special Olympics Illinois athlete and Unified Partner, Anna Scholler and Sydney Baumstark are the 2019 Unified Coaster Challenge ambassadors. Anna and Sydney, both Libertyville residents, became friends through Special Olympics. They play on a Unified soccer team called the Libertyville Storm. The girls share a love for soccer and roller coasters.

Sydney is a sophomore at Libertyville high school. She believes being involved in Special Olympics as a Unified Partner is very important. Being a Unified Partner, Sydney has learned the power and positivity of sport.

“We are more similar then we are different, regardless of our ability level. We all have the opportunity to succeed through sport,” said Sydney. 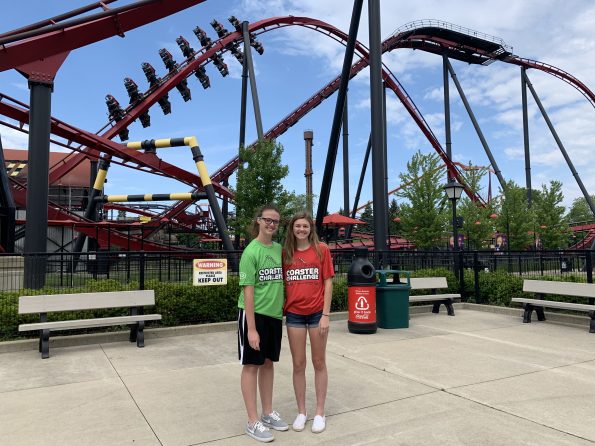 
MLS, ESPN and Special Olympics have teamed up to promote an environment of social inclusion by uniting people with and without 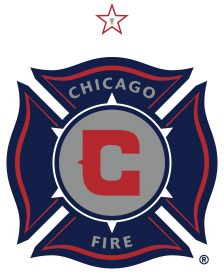 The team will depart on Friday, August 3, for a Unified Match in Houston Texas. The initial match will be held at Houston Sports Park – 12131 Kirby Dr, Houston TX 77045. The team will play 2 – 45 min half match vs. the Unified Houston Dynamos.

The Special Olympics Unified Sports All-Star Soccer Experience presented by MLS WORKS & ESPN is an opportunity to showcase the athletes and partners who participate in the Unified Exchange program in local communities throughout the United States and Canada. The 2019 Unified All-Star Experience will take place from Monday, July 29 to Thursday, August 1 in Orlando, Florida as part of 2019 MLS All-Star Week festivities.Two athletes from Illinois will be participating, Allison Schaar and Mike Brennan. 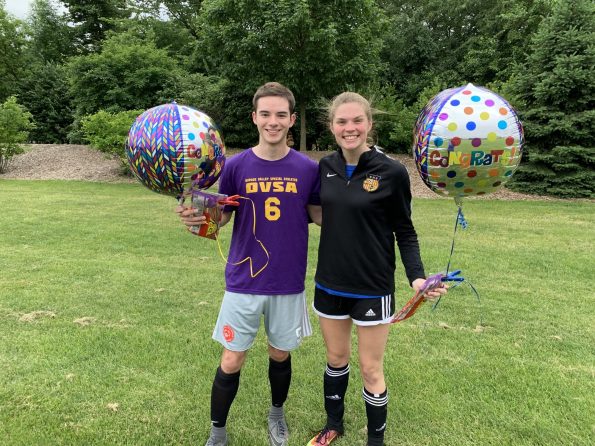