Be Bold, Get Cold, and Be Kind 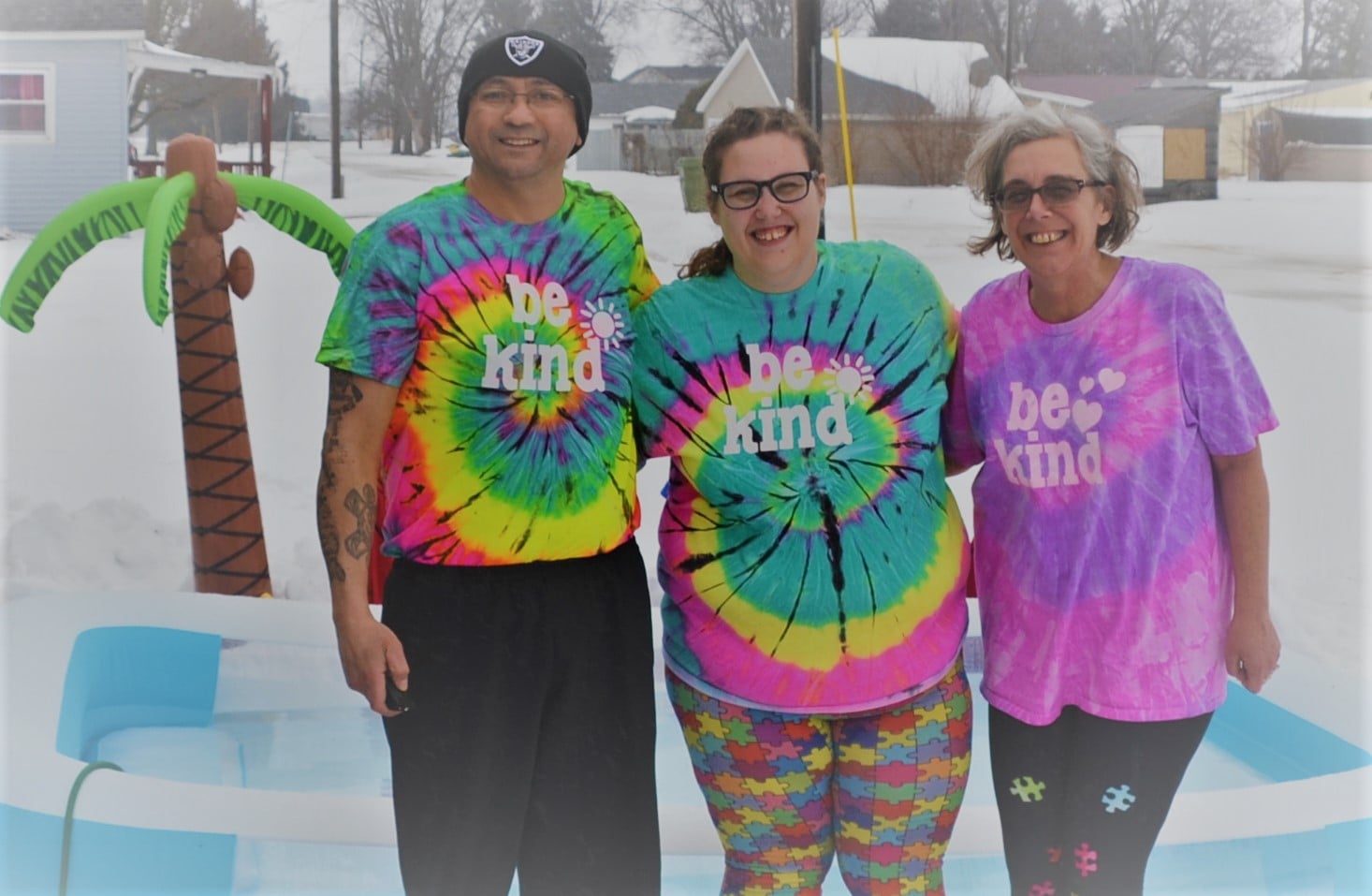 The cold weather did not stop Special Olympics Illinois athlete Kaylee McLaughlin from taking the Plunge At Home. Kaylee took the Polar Plunge from home on Sunday, February 21, where she took an icy dip into a pool.

Like many, this was her first time plunging at home. Historically, she has plunged into Wick’s Lake in Rock Island with family, friends, and supporters by her side.  She has also participated in the WIU Plunge in Macomb and the Lake Storey Plunge in Galesburg. Kaylee’s first plunge was in 2017, but she has been supporting her Father’s plunge efforts for over a decade.

There was no shortage of creativity when it comes to finding ways to encourage family, friends, and the public to champion her Plunge At Home endeavor. From posting countdown photos and videos on her personal Facebook page to selling bracelets and homemade enchiladas to the local Warren County community.

Kaylee is consistently one of the top Polar Plunge fundraisers. This year, Kaylee surpassed her fundraising goal by raising over $5,600. Polar Plunge isn’t the only event Kaylee champions. She supports the Ducky Derby, local Region F fundraisers, and so much more!

When asked where her motivation comes from, Kaylee said, “I love Special Olympics. More than almost anything!”

“I love all the opportunities Special Olympics Illinois offers the athletes, especially the fundraising opportunities that allow me to fundraise my heart out so the program can continue to grow.”

To learn more about the Polar Plunge and how to get involved, please visit plungeillinois.com

Kinzi Loyd – A Star Who Shines Through Giving 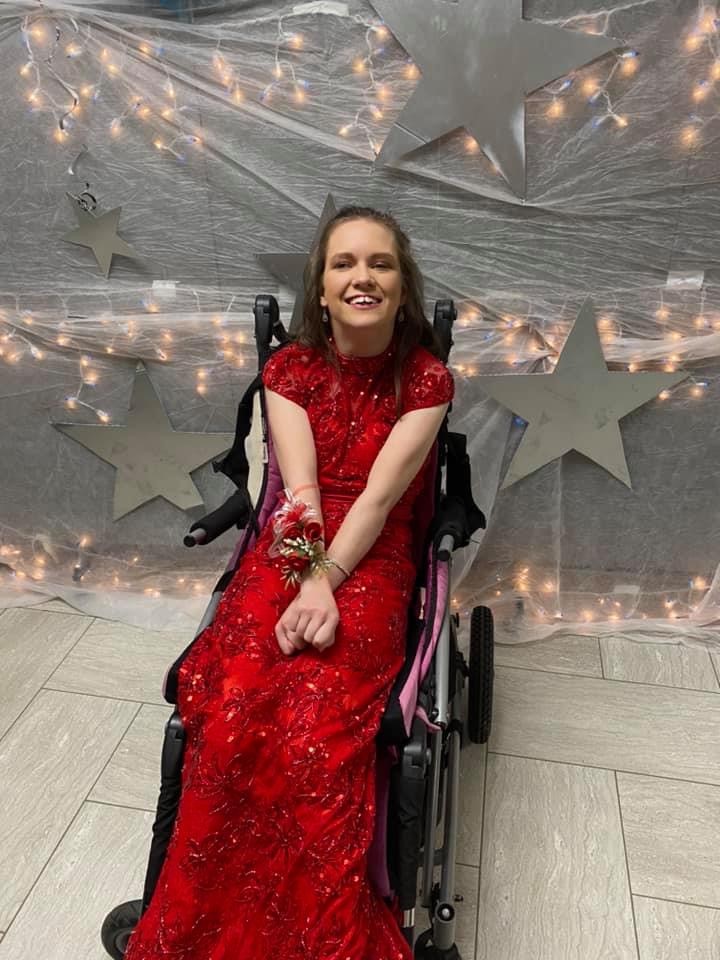 Kinzi Loyd is a 29 year-old athlete who lives with her parents in Eldorado, Illinois. Born with Cerebral Palsy and Leigh’s Disease, Kinzi faces multiple motor challenges and depends on her mother and other family members for daily care. She is able to verbally communicate with those who are familiar with her, however she uses a communication device to communicate with others. Kinzi enjoys learning and, despite her limited motor skills, she is able to use a fisted knuckle on one hand to type on her iPad and laptop.

Kinzi has participated in Special Olympics Illinois for several years, and she is always ready for a challenge. For example, she competes in bowling the best way that she can – by bowling with her foot! She also enjoys competing in Spring and Summer Games, as well as basketball skills and motor skills.

When not on the field of play, Kinzi helps with Special Olympics Illinois fundraising events and serves as a Global Messenger for Region K. She participates in the annual Polar Plunge and Ducky Derby, and was recently chosen to be Duck Ambassador for her region in 2021.

After graduating high school, Kinzi attended an outside workshop for adults with disabilities. She later decided that she wanted to pursue different avenues and started volunteering at the local elementary school. She worked with pre-school students and helped teachers by providing for and participating in activities with the students. She also worked at a nearby hair salon where she folded towels with the assistance of a personal support worker.

When COVID cases continued to rise, Kinzi had to give up her volunteer work and also her position at the salon, but she did not let that stop her.  She loves to stay busy and keep her mind and body active. Despite her challenges, she is determined to continue to live a productive and rewarding life by helping others.

Over the years, her uncle has taught her about electronics and how to use various equipment for recording.  With some assistance, adaptations, and modifications, Kinzi was able to make recordings and decided to offer a special service to others from her home. She now helps families by taking VHS home movies and converting them to DVD format. She uses her computer to design a label and cover then prints them to make a professional-looking product. She only needs assistance with placing the tapes and DVDs into the players and placing the labels and covers. She is able to perform the whole process by using her remotes, computer, and iPad.

Kinzi provides her VHS-to-DVD service at a minimal charge, then donates all of the profits to Special Olympics Illinois.  The money she donates is used to support events and to help her own team, The Saline County Superstars Young Adults.

Kinzi’s talents are portrayed in so many ways.  Whether it be through sports or creative fundraising, she makes a big difference in her community and is a star for Special Olympics Illinois. She loves participating in any way she can. Kinzi’s desire to help others, though, is and always will be what makes THIS star shine the brightest.


Adopt a duck for $5 then see who wins the grand prize on Sunday, October 4.

Meggan’s mother, Linda, is a police liaison at the Kane County State’s Attorney Office. She has worked at that office for more than 40 years. With her position, she has gained very close friendships with the officers and police departments in the area. One day, a good friend, Police Chief of East Dundee PD and State Director for Illinois Law Enforcement Torch Run, Joe Pena asked her to attend a weekend at this event called the “Special Olympics Illinois Summer Games”. She was hesitant, as she had three young daughters, Meggan, Nicole, and Sara to take care of. But, she took the opportunity, and of course, her and extremely supportive husband with everything Special Olympics Illinois, Scott, headed to Bloomington/Normal. “Just one weekend”, Linda quoted. “Well as you know, just one time turns into a lifetime”. This “one time” was in 1998, 22 years ago.

Now for Meggan, she was only at the age of four when she attended this first summer games event. From this moment, by the time she was eight, she was wanting to be a special education teacher. She, along with her sisters, became so attached to the Special Olympics, that they gave up going on a trip to Disney World, as the dates of the Summer Games would overlap their time at Disney. Meggan quoted her saying when she was younger: “No mom, we’re not going to Disney because our friends will miss us, they will be looking for us”, their friends being the Special Olympics Illinois athletes that they had become so close to.

With Meggan’s love and constant involvement with the Special Olympics community, and of course wanting to be a Special Education teacher since she was eight years old, she went on to be a Special Education teacher at Mill Creek Elementary School in Geneva. She personally works with five intellectually disabled children, or as she calls them, “kiddos”, in a self-contained room, mainly where the kids spend 70-80% of the school day. What this is, is a room, just like a classroom, where these kiddos are taught more life-based information and instruction. Now for the other 20-30% of the school day, the students spend their time with other children in the school, whether that be at recess, lunch, or other school gatherings. “I look at it now (being involved with the Special Olympics) as a teacher, I wish more parents and more families would teach that acceptance and provide those opportunities to kids, just to make the world a better place”.

For Linda, she could not be more proud of her daughter Meggan and the direction she has gone with helping intellectually disabled children. She herself stays involved with Special Olympics Illinois to this day:

She, along with her family, wants people to understand that someone who is intellectually disabled is no different than us. They can do the same, if not more, than many of us! They are able to touch our hearts and change the lives of many, just as they did for Linda and Meggan.