CHICAGO, January 9, 2020 – Special Olympics Illinois, the only Illinois entity accredited by Special Olympics Inc., is opening a Chicago headquarters in the West Loop as the Chicago-born non-profit expands programming to ensure people with intellectual disabilities an ever-expanding opportunity for growth.

“We are moving into the West Loop to expand our work in Chicago. We want Chicagoans to know Special Olympics is much more than a track meet. We are a leader in health services for people with intellectual disabilities and we enhance life skills to build confidence,” said David Breen, president of Special Olympics Illinois. “And with our key partners, many of whom are in the city, we can work together to bridge inclusion hurdles, so our athletes have equal opportunities to prosper as contributing adults.”

Already in Chicago, Special Olympics Unified School programming is offered at 19 Chicago Public Schools. Unified Champion Schools (UCS) is an all ages, education-based program supported through the Federal Department of Education. At Unified Champion Schools, students with and without intellectual disabilities work together to develop, skills and opportunities to build change and help their schools develop true cultures of inclusiveness.

Later this month, SOILL will host a professional development seminar for schools that have implemented Unified programming and for those interested in learning more. It is the first of several informational meetings planned for the year. Significant expansion plans throughout CPS are on tap for 2020 adding to the expanding list of 280+ UCS schools throughout Illinois.

Ahead of the move into Chicago, SOILL hired an outreach director to work with Chicago Public Schools to expand programming for students with intellectual disabilities. Also, SOILL hired a government relations specialist to expand development and partnership opportunities for the Chicago region.

The West Loop office will provide SOILL additional opportunities to help corporate sponsors to work on solutions for workplace diversity and inclusion issues. “Inclusion creates career opportunities for our athletes, and we are at a time when companies are looking to us for help on implementing their goals for a more inclusive workforce,” Breen said.

“Furthermore, given the area’s continued business and residential growth, our new office will help us better connect with the city’s young professionals looking to spend time with our inspiring athletes and growing our mission.”

The event raised 1.3 million with 750 attendees.

United Airlines and its staff were recognized for their dedication to the Special Olympics mission and people with intellectual disabilities.

The night continued with a special message from Patrick McCarthy, the featured Special Olympics Illinois athlete of the evening. Attendees enjoyed an uplifting and comical video, titled Be Your Best, which took guests through the many facets of Patrick’s life as a Special Olympics Illinois athlete. The video guest starred Hamilton Chicago cast members, Miguel Cervantes & Jamaal Fields- Green as well as Jon Seda of Chicago P.D.

The video concluded with crowd-roaring applause and a standing ovation. Patrick’s smile was infectious as the audience continued to cheer his name as walked to the podium to give his speech.

The Be Your Best video could not have been a success without the help of many contributors. Thank you to Cinespace Chicago, Hamilton Chicago cast members, Johnny’s Ice House, Jon Seda of NBC Chicago P.D., Lowes Hotel, Misericordia Heart of Mercy, Noise Floor Sound Solutions, and Panera Bread. 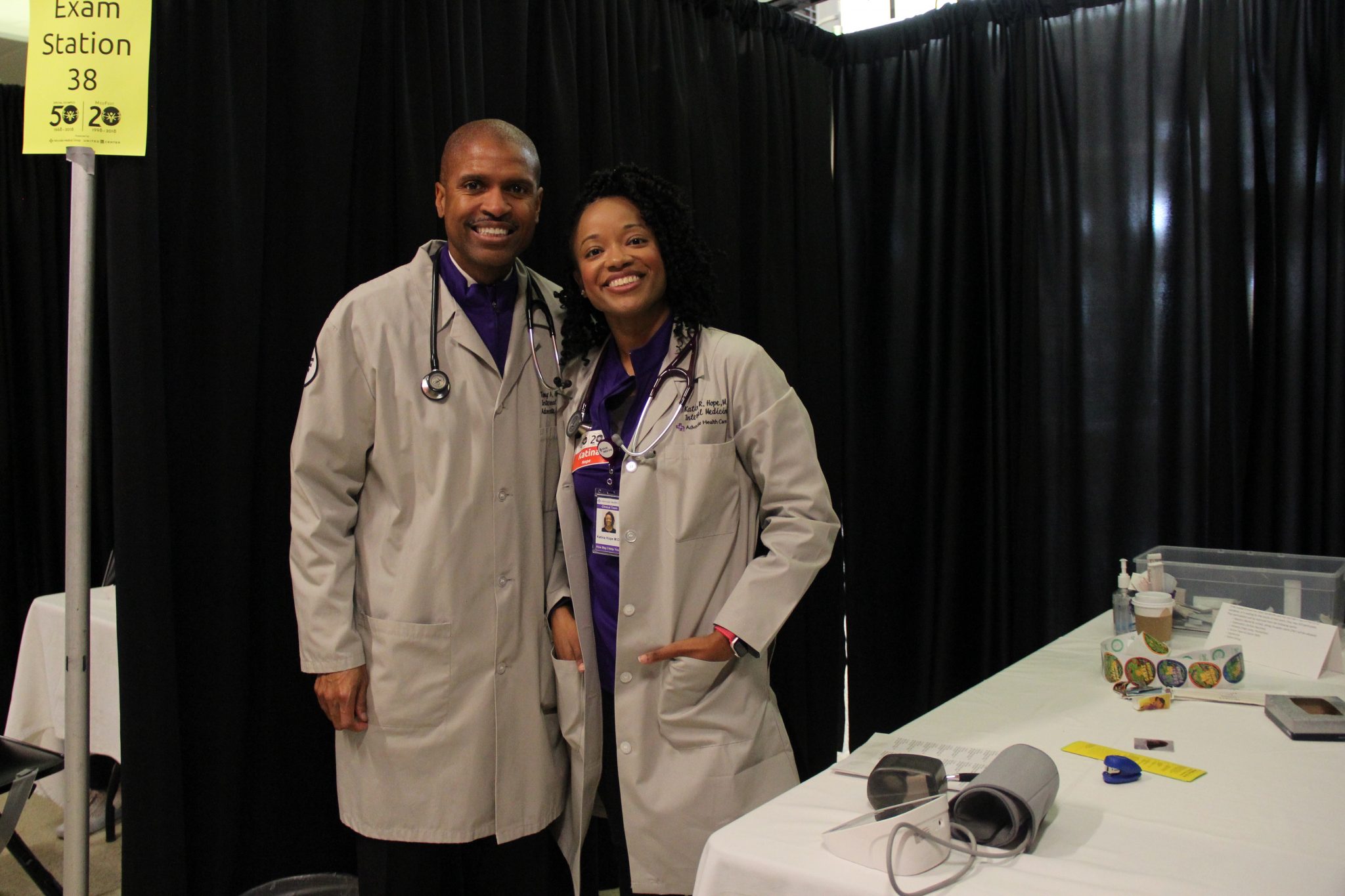 Special Olympics Illinois provided transportation to and from the event for all athletes, bringing them in from a network of Chicago Public Schools, the Chicago Park District, and private institutions.

Ernan Carranza, Special Olympics Illinois athlete from Graham Elementary had a great first experience at MedFest. “The doctors were very nice and made me feel comfortable and relaxed while getting my exam.” 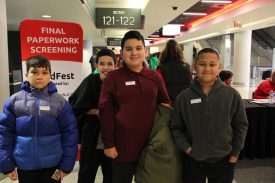 For 20 years, the Chicago Medfest has made the seemingly impossible happen. Medfest could not happen without the continuous support of The United Center, Advocate Medical Group, Blue Cross Blue Shield of Illinois and Levy Restaurants; the organizations have opened their doors and dedicated staff to MedFest for 20 amazing years.

“We are kind of lucky; as doctors and nurses, our job description states how we can better serve our community. When you have the opportunity to serve people with even greater challenges, it causes you to pause & reflect- you feel like your work has meaning,” said Dr. Tony Hampton, a family medicine physician with Advocate Medical Group.

Dr. Hampton has been volunteering at MedFest for the past 8 years. After year one of volunteering, Tony was hooked. He began volunteering as a way to get out and give back to his community. Every year Tony leaves MedFest feeling inspired.

“I love MedFest because it allows me to compete in the sports I love, such as basketball and track & field,” said Javier Velez- Special Olympics Illinois athlete from Graham Elementary.

This event is impactful for more than its number of athletes served; it is remembered for its continuous welcoming smiles, endless stickers, and countless high fives.