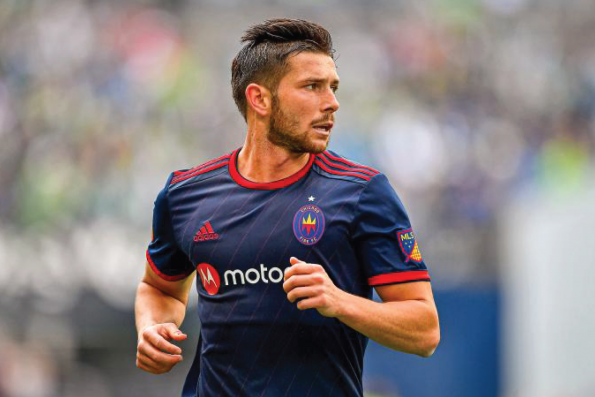 Brandt Bronico is a midfielder for Chicago Fire Football Club. Originally from North Carolina, Bronico was selected by the Fire in the third round (No. 47 overall) of the 2017 MLS SuperDraft, before signing with the Club on February 27, 2017. In 2019, his third season in MLS, he made a career-high 29 appearances (20 starts) for CFFC, recording one goal and three assists. He played his college soccer at University of North Carolina-Charlotte, scoring 25 goals and adding 23 assists. Bronico, who wears jersey number 13, believes in supporting fellow athletes and continues spreading the Special Olympics mission.