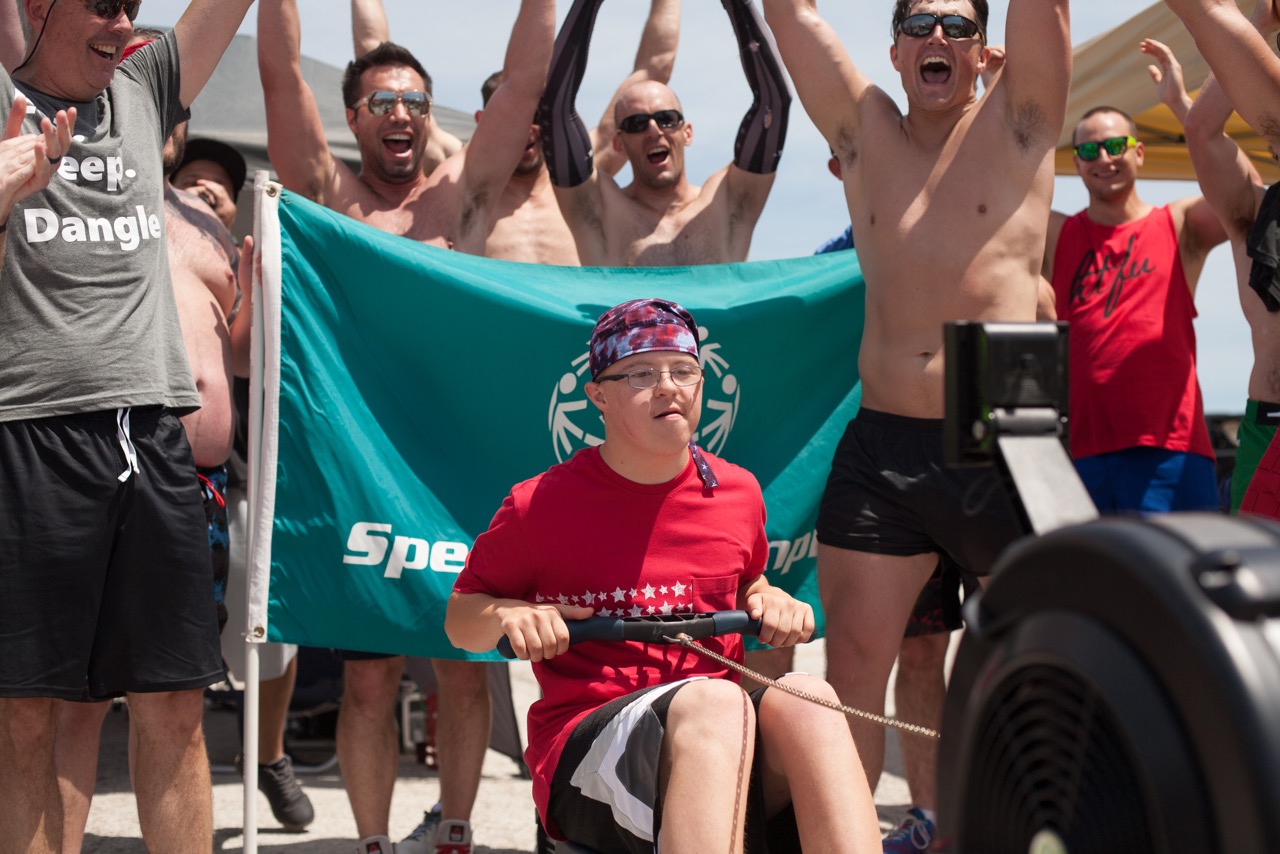 A lot of respect was earned, friendships were made and more than $41,000 was raised as 722 CrossFit and Special Olympics athletes cheered each other on in the first statewide Row Raiser.

The Row Raiser featured teams of 10 working together to go the distance of a marathon (26.2 miles) on a rowing machine on July 9. 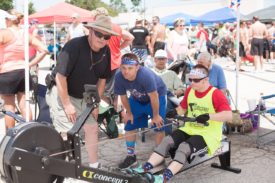 Row Raiser was the brainchild of CrossFit athlete Sam Dancer of Quincy. It started in 2015 with just the Quincy location and expanded to 11 locations around the state this year and included participants around the world through a remote location option to get involved. View Row Raiser photos from around the state.

What began as a typically competitive CrossFit workout at many locations became more about having fun with the Special Olympics competing on their teams and less about having the fastest time.

At CrossFit 350 in Ottawa, Special Olympics athlete Jessica hopped on a row machine, rowed a few times and exclaimed “Well, that was easy!” to a crowd of amused CrossFit athletes.

At CrossFit Henosis in Carbondale, first responders played a role in the event’s success. The Carbondale Fire Department took home the Spirit Award after their team decided to row the 26.2 miles while on duty. Many of the department’s team had never even been on a rower until this event. An officer with the Carbondale Police Department also jumped in to lend a hand when some of the Southern Illinois Lightning Bolts Special Olympics athletes needed a break from the heat. View video of officer rowing. 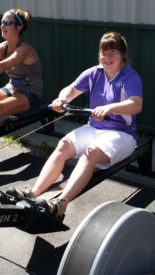 Jessica rows at the CrossFit 350 in Ottawa

In Chicago, the Special Olympics athletes who participated at two locations (Lincoln Park CrossFit and CrossFit Defined) had so much fun they wanted to know when they could come back. Sarah Rose, who coordinated the event at Lincoln Park, can’t wait to build on the relationship the Row Raiser created. “I taught special education for 11 years,” she said. “Spending time with Special Olympics athletes reminded me how much I miss being with people with intellectual disabilities. We can’t wait to build a relationship with Area 3!”

Tim Harris, owner of Tim’s Place restaurant in New Mexico and disabilities advocate, took part in the event at QTown CrossFit in Quincy and rowed with fellow Special Olympics athletes who train at the facility. After QTown co-owner and Row Raiser founder Sam Dancer thanked all participants at the end of the event, one Special Olympics athlete after another stepped up to the microphone to enthusiastically thank the crowd for their involvement. “I love CrossFit,” said one athlete. “I love all of you. Thank you for today. It is by grace that I can do this.” There was not a dry eye in the audience after the Special Olympics athletes shared their heart-felt appreciation.